Are you Alan or Megan? A tale of two investors

“I’m being careful with my finances because of Brexit,” says Alan. “I’ve moved most of my funds into cash. I want to wait until it’s all sorted before I invest again.” 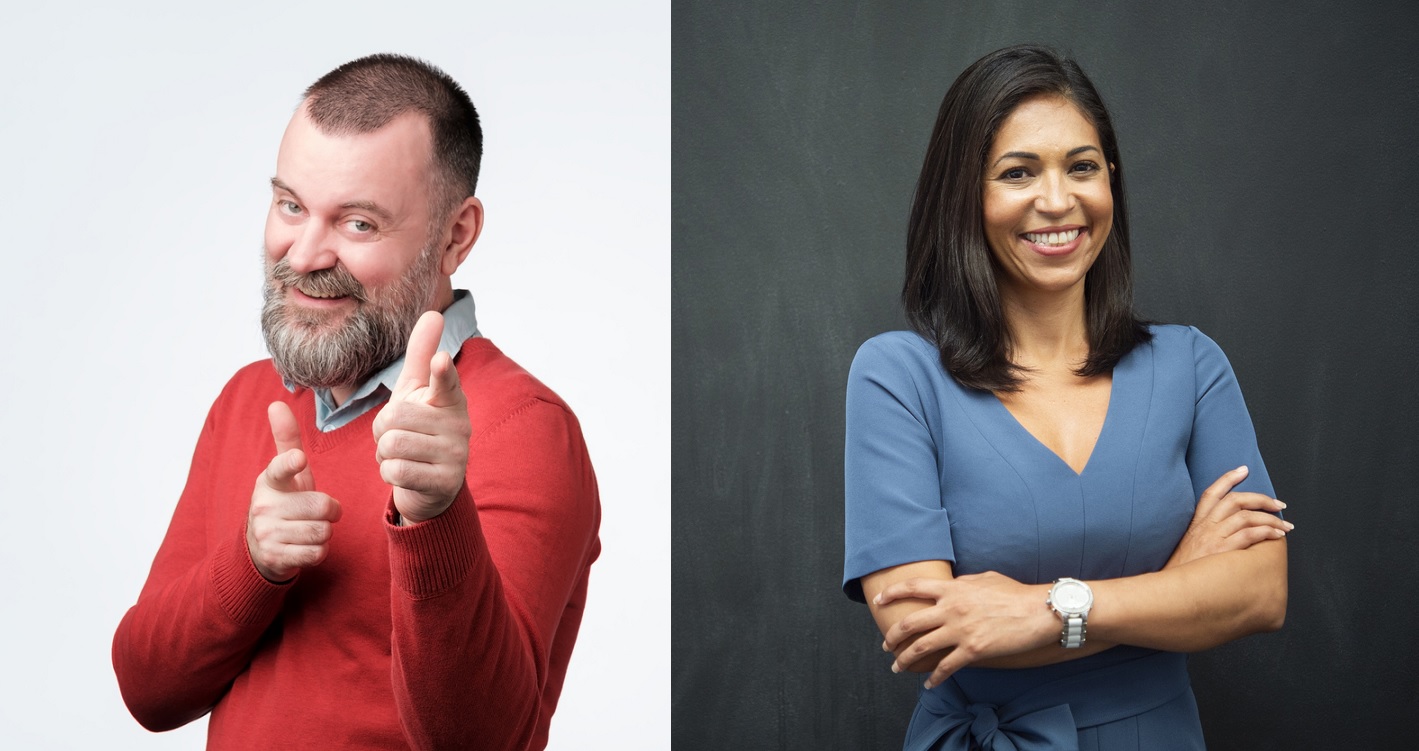 Does Alan (left) sound like someone you know? Although I’ve just invented him, Alan talks like several people I’ve spoken to this year. Perhaps you’ve met your own version of Alan.

This kind of approach sounds sensible. It’s good to be cautious when the future is uncertain, right? Well, not necessarily. In fact, I’m going to show you that, this year, Alan has missed out on investment returns that could have added a lot to his pot. Worse, the gap caused by these missed returns will multiply over time, potentially leaving Alan much less well-off than he might have been, had he stayed invested.

“Have I considered moving into cash this year? No,” says Megan. “When I set up my investment account, I told myself I wouldn’t touch that money until I retire, which won’t be for some time yet. As far as I’m concerned, the little ups and downs are all part of investing. Besides, if I spend my life worrying about how Brexit will affect my pension pot, I’ll probably go mad!”

Megan is also a work of fiction but, like Alan, she also sounds like several people I know. Let’s imagine that, on 16th December 2018, Megan and Alan each had £10,000 in their pots.

Megan has her money invested in a portfolio of 60% global equities and 40% UK government bonds1. In contrast, Alan decided on 17th December 2018 to move all his investments into a cash account paying 1%. His idea is to wait until the dust settles on Brexit, at which point he will reinvest his funds.

A quick note: At Nutmeg, we recommend people invest for at least three years, and ideally longer, to benefit from the potential of long-term returns. Assessing performance over a one-year period, like we do in this article, can be a useful way to compare investment strategies, but should be viewed as guidance only.

How did they do?

Fast forward a year to 16th December 2019. In the preceding 12 months, the assets in Megan’s portfolio have gone up by 12%2. That means she would have £11,200 in her investment account, not taking into account fees and other costs.

Let’s assume her total cost of investing – management fees, fund costs, the effect of market spread – comes to 1%, roughly in line with a typical Nutmeg fully managed portfolio. That means that on 16th December she would be left with about £11,100.

In contrast, the interest earned on Alan’s cash account brings his total sum to £10,100.

Falling behind Megan by a thousand pounds sounds bad enough, but the effect of these missed returns could end up being even more costly for Alan in the long term.

Let’s assume that on 17th December 2019, Alan reinvests all his money. He chooses the exact same mix of assets as Megan, who leaves her portfolio untouched. Let’s see what happens if both investors keep their money invested in those same portfolios for 20 years. Let’s also assume an average annual return in that period of 6% as well as total investment costs of 1% a year.

The widening gap between Alan and Megan’s pots is caused by the effect of compounding. Because Megan starts the 20-year period with more in her pot, her lead over Alan gradually grows each year.

So, are you Alan or Megan?

Like Alan, lots of people have the impulse to swap their investments into cash when the future seems more than usually uncertain. The problem is that unless your bank pays interest that exceeds inflation, your cash account may well be making your poorer. The other problem, as Alan found, is that you may miss out on investment returns.

In contrast, Megan was willing to accept a certain amount of market volatility. She had no desire constantly to check the news to see how Brexit might or might not affect her portfolio. Instead, she reckoned that her investments, overseen by her investment provider, would grow in value over the long term.

Alan and Megan are two different types of investor. Different people whose different temperaments lead to different outcomes. Which one are you?

We’ve used the 12-month period ending 16th December 2019 in this example. If you compare investors like Alan and Megan over different periods, you will get different results. Depending on the dates chosen, there will be periods in which Alan does better than Megan.