Our approach to managing currency risk

At Nutmeg we believe in holding a well-diversified, global, portfolio of investments. But holding global assets comes with a downside: currency risk. Currencies are often not appreciated as a source of risk by private investors, but currency movements can have a very pronounced and lasting impact on your returns – and that impact can be good or bad.

How can you “hedge” currency risk?

Institutional investors often use financial contracts, such as derivatives, to remove the impact of currency movements. This is known as ‘hedging’.[1] More and more funds are becoming available to wealth managers and private investors with currency hedging built in. But should you hedge all or some currency risk, or leave foreign currency unhedged completely?

We have conducted an in-depth analysis to answer this simple question, assessing academic papers, replicating analysis by institutional investors and conducting our own quantitative simulations. Here we summarise the pros and cons of currency exposure for a sterling-based investor from both a risk and return perspective, and outline our approach to managing currency risk.

On the face of it, the evidence is mixed

From the 1970s up until the global financial crisis in 2007-08, unhedged currency exposure consistently added volatility (risk) to an overseas equity portfolio held by a sterling-based investor.

Since then, the evidence has been more mixed, with a few currencies (like the Japanese Yen) actually helping to reduce volatility. However, during big market sell-offs holding other currencies like US dollars can be very helpful: when things go wrong in markets the pound tends to fall against the dollar, increasing the value of the dollars in the portfolio.

Does currency risk even out over time?

Advocates of not hedging at all typically base their argument on the idea that currencies ‘mean revert’ – that is, they revert to a historic mean – such that foreign currencies will have no impact if held for long enough. The problem is that this timeline can be a very long. The chart below shows the value of the pound against a wide basket of currencies, adjusted for relative levels of inflation, known as the ‘real broad effective exchange rate’. As you can see, there is a degree of mean reversion, but it is visible only over many decades. Investing in overseas assets when the exchange rate is very low in these long cycles – like now – can have a big impact on future returns.

Ignoring extreme moments – such as when Britain dropped out of the exchange rate mechanism on Black Wednesday in 1992 – the more normal range (between 10th and 90th percentiles) was between a 36.4% gain and a 26.2% loss.

As you can see from the chart below, it was not unusual to see quite big losses over relatively long periods: -36% (five years to April 2000), -33% (October 2007) and -23% (February 2014). Moves of this magnitude can completely overwhelm any gains from the underlying stocks.

How we approach currency risk

On the whole, the historical data supports the case for some degree of foreign currency hedging from the narrow perspective of volatility. However, the results are not conclusive enough to suggest either complete hedging or no hedging at all, or an optimised hedge ratio or a selective country-hedge approach (e.g. hedge Canada, but not Japan).[2] From a return perspective, the impact of currency movements can have a very material impact on returns even over longer-term horizons of five years or more.

Consequently, our fixed allocation portfolios have been designed with a balanced approach to currency risk, to dampen the impact of currency movements on future returns. In practice this means that we fully hedge foreign currency risk in overseas bond holdings,[3] hedge 50% of the currency resulting from overseas developed equity market exposures and leave emerging market equities unhedged.[4] In the very lowest risk portfolio, all currency exposure is hedged.

In our fully managed portfolios, currency exposure is continually monitored as part of our on-going assessment of portfolio risk. At times we may hold significantly more or less foreign currency exposures when we believe this would be beneficial. For example, in the lead up to the Brexit referendum we held more US dollars than would normally be the case, as a way of adding more protection to portfolios should the UK vote for exit. On a longer term basis, the valuation and risk impact of holding foreign currencies drives our allocations over time.

[1] The cost of hedging is determined by the difference between the interest rates in the two currencies that are being hedged. Given that the UK historically has had higher interest rates than most other developed markets, hedging currency risk actually produces an additional return above the asset class.

[2] We ran extensive simulations on optimising a hedge ratio and hedging only selected currencies. However, we found the results to be unreliable across currencies and not consistent across different periods in time.

[3] We use exchange traded funds (ETFs) which have currency hedging carried out inside the ETF by the fund provider. These cost more than an unhedged fund, although the difference is narrowing.

[4] This is because emerging currency gains are strongly correlated with local equity market performance and hedging is prohibitively expensive. 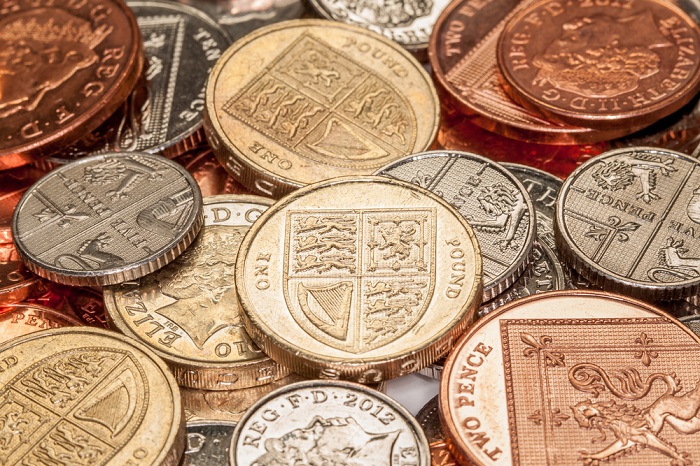