After a tumultuous year, China’s stock market is still causing problems as it tries to find some stability. 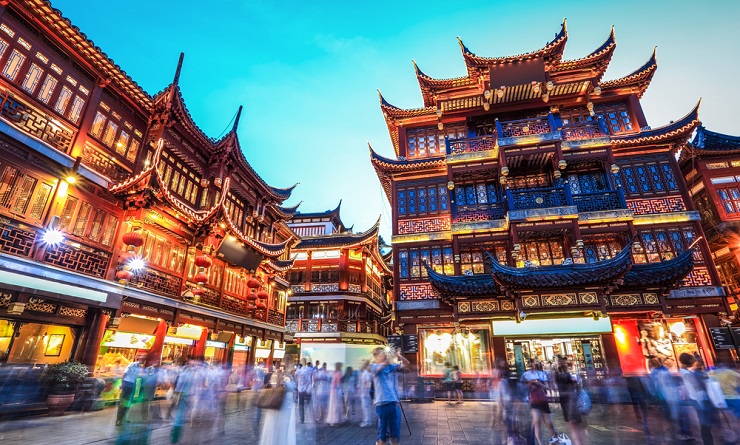 The three key aspects of this which are affecting global markets are:

As a result of all this, investor sentiment has fallen. But that’s not to say the fundamental economic picture has been damaged. If anything, prospects for developed economies are looking a bit brighter.

These limits mean that a -5% decline in markets from the previous day’s closing level results in a 15 minute halt in trading. If that threshold reaches -7%, trading closes for the day.

On Monday 4th January, the 15-minute halt was lifted after a sell-off triggered the first -5% limit, only for the second breaker to be triggered seven minutes later. On Thursday 7th January this happened again, however the -7% barrier was breached in just 2 minutes, signalling a close of day within just 30 minutes of trading – China’s shortest trading day ever.

Despite developed markets feeling no positive impact from the build-up of China’s stock market bubble, tumbling equity prices in Shanghai and Shenzhen have caused a dip in markets globally. We think this is an exaggerated move, because investors do not understand Chinese policy and fear the worst.

As a result of the two breaches in early January the Chinese regulator has suspended the circuit breaker system, in the hope of allowing markets to get back to normal.

The Chinese currency
China is trying to lower its currency, due to a loss of competitiveness as it’s linked to a strong dollar.  We don’t know how far the People’s Bank of China (PBOC) is aiming to devalue its currency, so investors fear a large move that would disrupt global growth.

One of the biggest themes in markets in 2015 looks set to continue this year with falling prices in oil and commodities.

Having dropped from over $100 per barrel in 2014, the oil price is now around $33 per barrel and many investors expect it to fall further still.

The primary reason for this steep price drop is over-supply. The Organisation of the Petroleum Exporting Countries (OPEC) which has historically controlled oil prices and supply had to stop doing so last year. This was in the face of increased supply from the USA and Russia, and also the fact that one of its members, Saudi Arabia, needs to keep a steady flow of income and compete with its neighbour Iran.

Markets are still in the process of unwinding the commodity super cycle of 2002-2007 and emerging market outperformance of 2003-2011. We feel that this volatility is, in large part, cyclical and not a cause for grave concern.

Unlike in developed markets, Chinese stock prices have little influence on consumer spending, so the economic impact is marginal. The growth of the global economy is still strong and this is helped along by the falling oil price which acts like a tax cut to big oil importers such as Japan.

What will get us out of the malaise?
Clarity on Chinese policy, especially exchange rate management. The PBOC has said that it wants a stable currency, and the yuan has been anything but that in recent days. A clear statement and currency stability will go a long way towards settling market sentiment.

However, we need to be prepared for the China’s stock market to fall sharply even from these levels as emerging markets continue to be highly unstable.

What all this means for Nutmeg customers
We have held a very cautious view on emerging markets for some time and therefore we have a much lower holding in emerging markets than would usually be expected. The only direct exposure we currently hold is to the Indonesian stock market, around a 2-3% exposure in our very highest risk portfolios.

Although we don’t hold any direct exposure to Chinese stocks, as mentioned earlier, these moves by Chinese policymakers do have an effect on markets globally. This is simply because data released by the Chinese government is sparse and often unclear. When investors do not understand policy moves it’s natural for them to get “spooked”, which triggers sell-offs of this kind.

We do not see this latest market fall as something which should cause great concern, but as a short-term reaction to changes that are not fully understood. We still believe that global economic growth is strong and we are investing more heavily in those economies which will benefit from a lower oil price, such as Japan and Europe.