Although the Dutch election result has calmed fears of a continental wave of far-right victories, We expect European equities to remain volatile — and risky — in the run-up to the French elections. 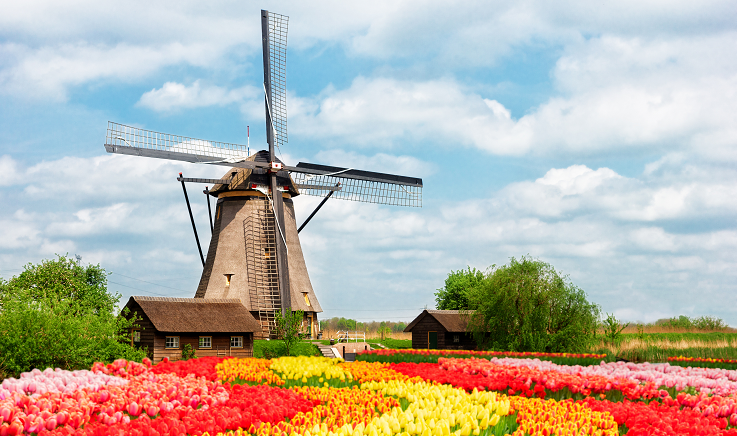 As far as financial markets are concerned, the Dutch elections on 15th March were a bit of damp squib. Prime Minister Mark Rutte’s VVD party is set to lead a new coalition, while the far-right PVV party only gained three seats — well below what was expected some months ago. That said, forming a government with five parties will prove difficult. However, fears of successive far-right victories across the continent have been calmed for now.

The next key European political event is the first round of the French presidential elections on 23rd April. It looks certain that Republican candidate François Fillon will be eliminated, leading to a two-horse final-round race between Front National’s Marine Le Pen and independent Emmanuel Macron on 7th May.

Financial markets expect a Macron victory, reflected by very low volatility in European markets. However, there’s less optimism in the bond markets, where French government debt trades at a discount to German debt. 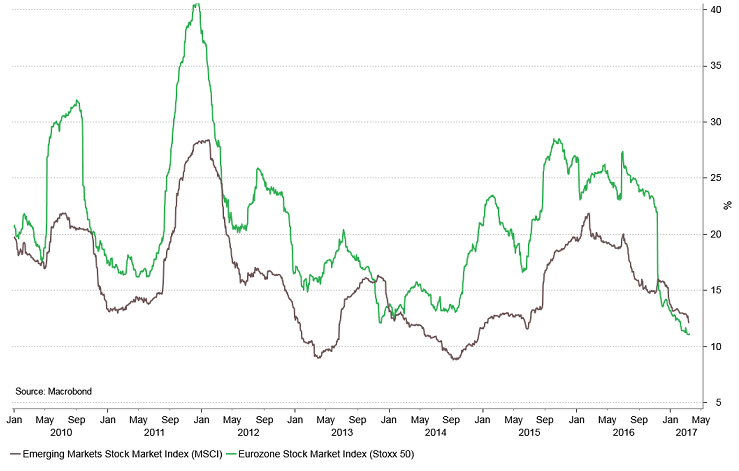