ESG research in action: could investors have seen the PG&E bankruptcy coming?

Today, January 29th, Pacific Gas & Electric (PG&E) filed for bankruptcy in the US, as its potential liabilities relating to California wildfires continued to mount. We explore whether ESG research picked up the risks to the firm’s stability long before they emerged in financial terms. 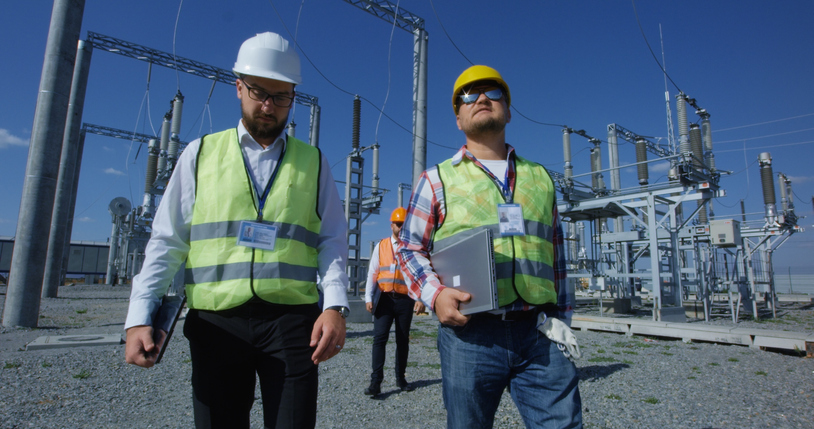 What is PG&E and why is it in crisis?

PG&E is a San Francisco-based natural gas and electricity company. It’s one of the largest combined energy companies in the US, employing over 20,000 people and delivering energy services to over 16 million people over 70,000 square miles in central and northern California1.

November 2018 saw the start of the deadliest wildfire season in California’s history, with the loss of over 100 lives and thousands of homes across the state. One of the most destructive and fatal of these fires, known as the Camp Fire, took place in Butte County, northern California.

While investigators work to determine the cause of the fire, a lawsuit has already been filed against PG&E claiming their negligence was to blame.

For many, the conclusions of state fire investigators following 2017 wildfires were front of mind: that the company’s power lines were to blame. And PG&E itself has disclosed to the state public utilities commission that significant problems occurred on a transmission tower close to where the fire is believed to have begun.

So serious are the allegations, that California Attorney General Xavier Becerra warned in December of the potential for murder or manslaughter charges should the operation of the company’s infrastructure be shown to have been reckless.

And on the 13th of January, as the move to file bankruptcy arrangements became apparent, CEO Geisha Williams quit her post. The company’s general counsel will now fulfil the role on an interim basis.

How have the markets reacted?

Financial markets are quick to calculate liabilities and price risks, and so it’s not surprising to see that PG&E’s share price had dropped significantly even before the bankruptcy proceedings were announced. PG&E’s shares are now down close to 87% from their early November high2, with the company having lost more than four-fifths of its value in that period. They now face liabilities upwards of $30bn before fines or penalties.

Junk bonds – a term used to describe high-yielding, high-risk bonds that are typically issued by a company looking to raise funds quickly (usually to finance a takeover)

The company has also lost its coveted ‘investment grade’ credit rating status over this period, with its bonds being downgraded to ‘junk’. Bond investors have been spooked by the potential size of the liabilities PG&E faces, given it currently has just $1.5bn cash and equivalents on the balance sheet.

Many will fear this may mark the start of a vicious circle for PG&E, as its credit downgrades trigger higher interest rates and a reduced ability to borrow further, in turn worsening fears about its liquidity reserves.

And while the company has presented new California Governor Gavin Newsom with his first major headache, a bailout for the utility firm remains unlikely in the short term. This view was echoed by credit rating agency Moody’s, which issued a caution:

”The company is increasingly reliant on extraordinary intervention by legislators and regulators, which may not occur soon enough or be of sufficient magnitude to address these adverse developments.3”

Could investors have seen this coming?

By many financial metrics, PG&E would have appeared to be in relatively good shape pre-November 2018. Although it wasn’t controversy-free, the company had easy access to capital markets and had borrowings of over $18bn as at September 20184. The company’s share price had begun to recover from its steep fall following the 2017 controversy.

Looking through the lens of MSCI’s ESG research provides a different perspective. MSCI noted the strength of PG&E’s corporate governance – and the alignment with shareholders’ interests this provided. They also acknowledged the company’s compliance with Californian renewable energy policies.

However, they highlighted several risks that were specific to the company, when assessed against its peers. In particular, MSCI noted that PG&E was subject to significant biodiversity and land use risks relative to peers, due to the concentration of its operations (84% are in California).

The research also acknowledged the high risk of wildfires in this region, which amplifies the land use risk. This is a particularly stark risk since California remains the only US state to enact a legal principle known as ‘inverse condemnation’, whereby utility companies can be liable for damages caused by wildfires if their equipment is shown to be responsible for fire ignition. This applies even if the equipment was properly maintained and compliant with regulations.

Critically, MSCI noted that the California Department of Forestry and Fire Protection – Cal Fire – had found PG&E responsible for previous wildfires, and that Cal Fire’s reports had alleged PG&E failed to adequately identify hazards during their vegetation management program.

Tellingly, this led MSCI to conclude that PG&E had a track record of involvement in wildfires that reflected a gap between the strategy outlined by the company, and the effective execution of that strategy.

MSCI’s analysis is clear in that it highlights the potential risk and subsequent liabilities that investors in PG&E face relative to other industry peers. And while we know no portfolio will ever be 100% controversy-free, we believe environmental, social and governance (ESG) analysis provides a really important way to differentiate our analysis of the risk and reward characteristics investment opportunities present.

Read our whitepaper to find out more about how we use ESG analysis to inform our investment strategy.