After half a decade of underperformance in comparison to developed markets, we believe that stocks in emerging markets are likely to outperform over the coming years.

Our view of emerging market equities has been quite cautious for several years now, mainly due to weak global trade after the global financial crisis and a general slowdown of developing countries’ economies. However, this year we’ve upgraded our view of the prospects for emerging markets.

Here are our top five reasons for why we expect emerging markets to be the ‘star of the investment show’ for the next few years.

Production growth is accelerating across a range of developing economies.

While trend growth is lower than in the decade before the financial crisis, particularly in China, emerging economies are growing at a pace well beyond developed countries.

Moreover, inflation in emerging economies is well contained, with there being little need to raise interest rates and curtail the expansion. 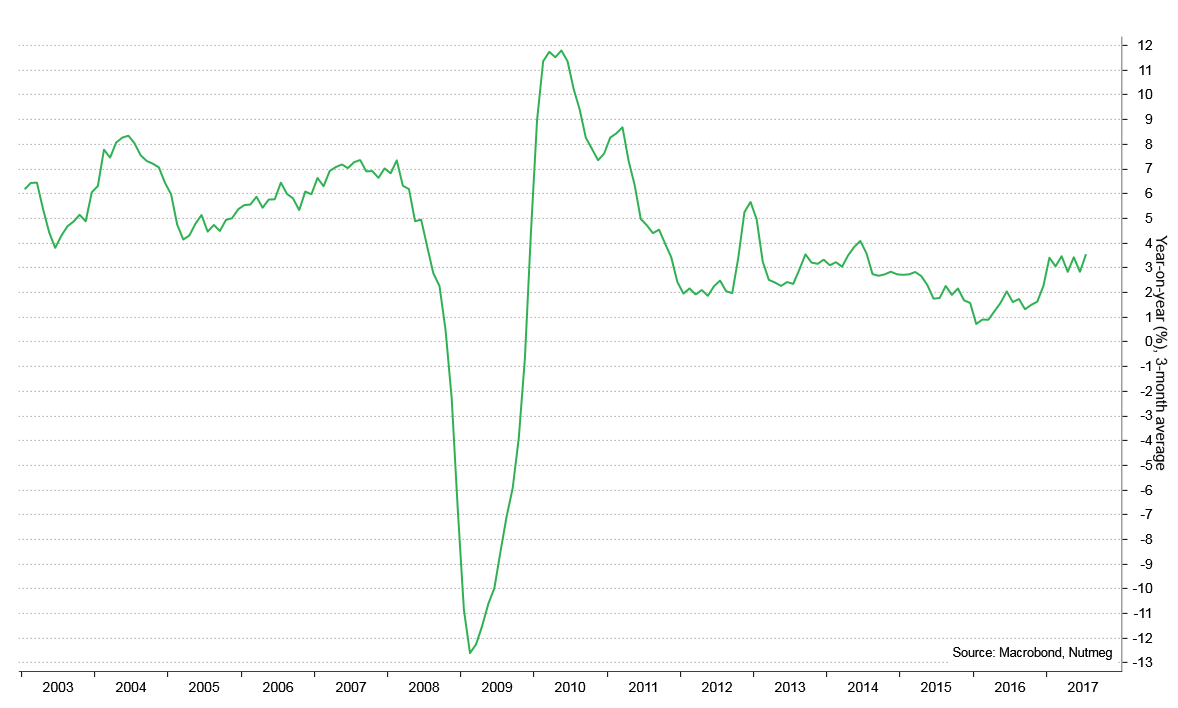 Global trade is growing at 5%1 – the fastest pace since 2011. Growth in container usage and air freight traffic implies that trade is accelerating in the second half of 2017. 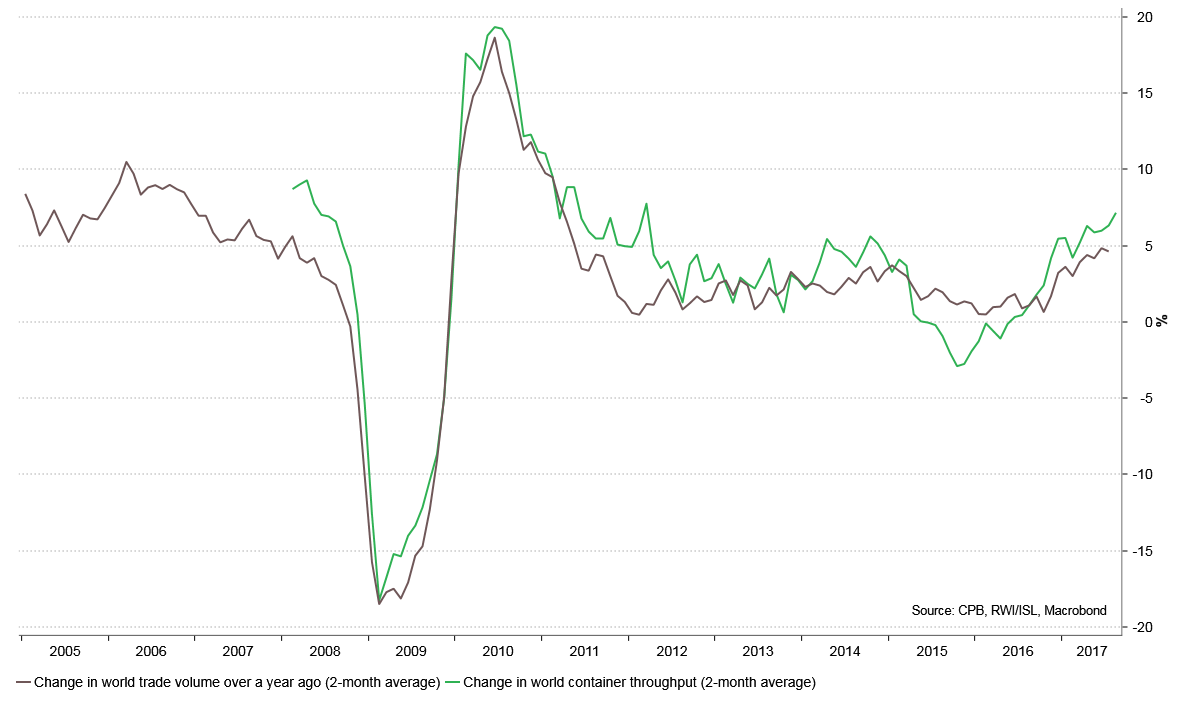 Emerging market stocks are priced at 12.6 times forecast earnings2 for the year ahead (price-to-12-month forward earnings ratio), compared to 16.4 times for developed markets.

On other valuation measures, such as the price-to-book value of assets, emerging markets are trading at a similar 25% discount to developed markets. 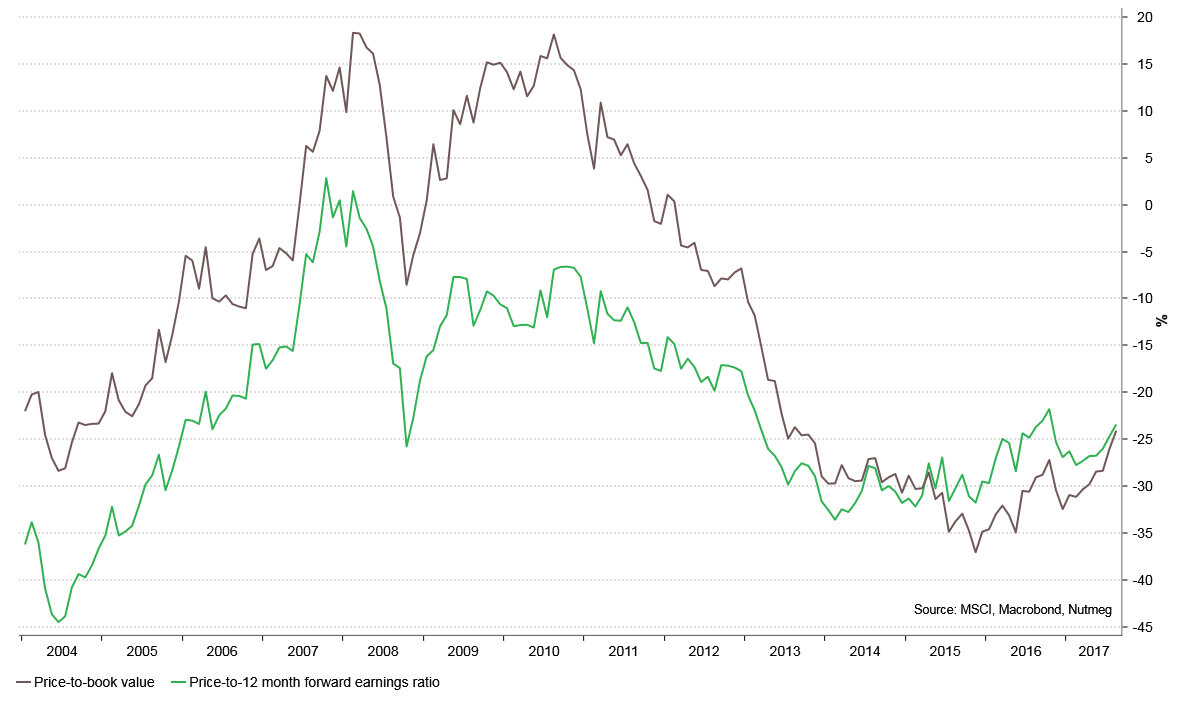 In our view, many emerging market currencies are valued well below their long-term average, measured against trading partners and accounting for inflation; India and China are the major exceptions.

Currency appreciation is typically associated with equity market gains, adding to returns: over the period 2003 to 2010, one-fifth of the performance of emerging market equity was driven by currency gains4.

Index of emerging market currencies versus the US dollar (JPMorgan EMCI) 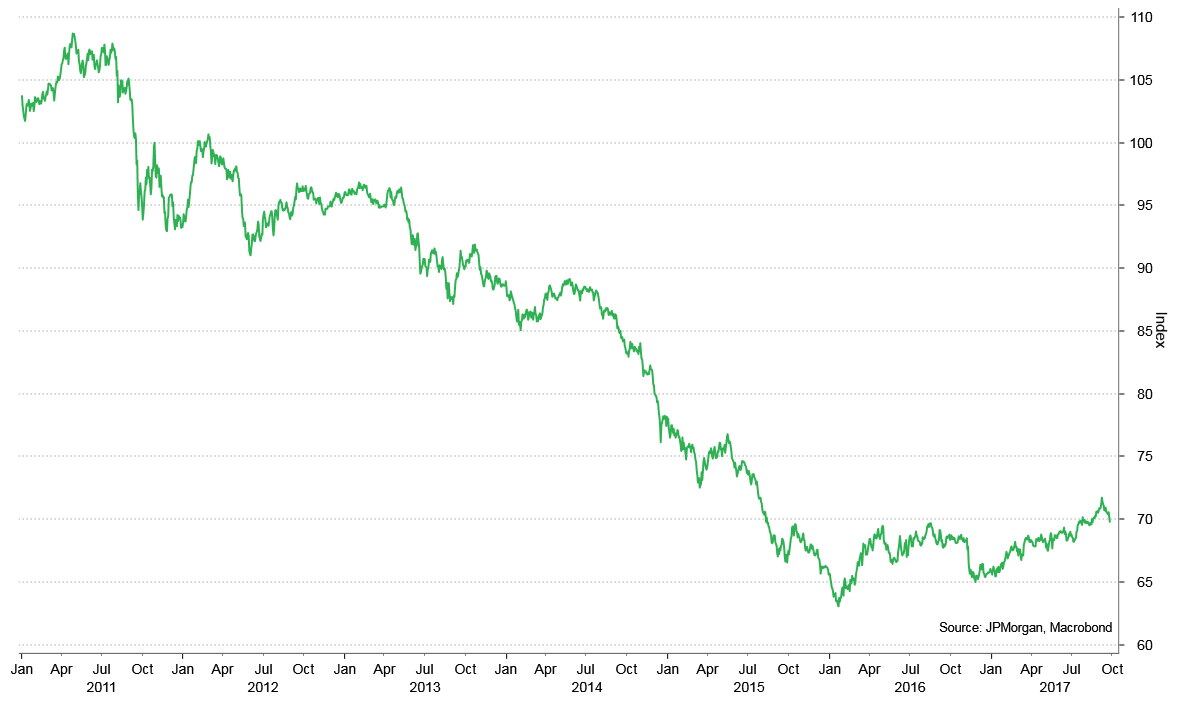 After five years of significant underperformance versus developed markets – almost 50% between October 2010 and January 2016 in US dollar terms5 – we believe that stocks in developing economies are likely to outperform the major developed markets over multiple years. 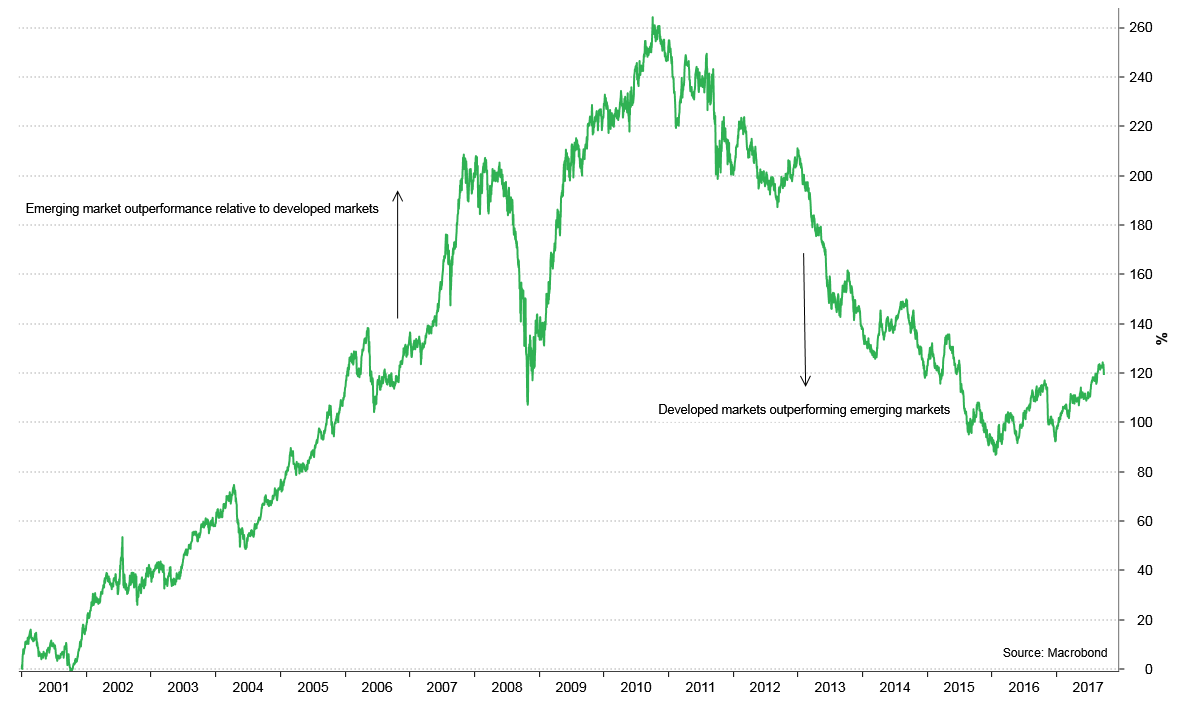 What could go wrong?

At Nutmeg, we constantly re-evaluate our positions. So, if any of these trends pick up pace – or other market factors result in our views changing – we’ll adjust our client portfolios accordingly.

As always, we manage our portfolios to ensure a good balance between potential returns and reasonable amounts of risk.

5. MSCI, Macrobond. From 4 October 2010 to 21 January 2016 the MSCI emerging market equity index underperformed the MSCI world index in US dollar terms, including dividends, by 48.7%

Data sources where not specified: Macrobond