Heard about stagflation? Here’s what it means.

‘Stagflation’ is a word that you may have heard bandied about by economic commentators lately. Stagflation is an ugly word in economic policy circles, combining, as it does, ‘stagnation’ with ‘inflation’. And while Stagnation is never a positive thing, as we have often said, inflation is not necessarily bad. And considering that central banks have spent the last decade trying to induce higher inflation expectations, why, you might ask, the sudden panic? 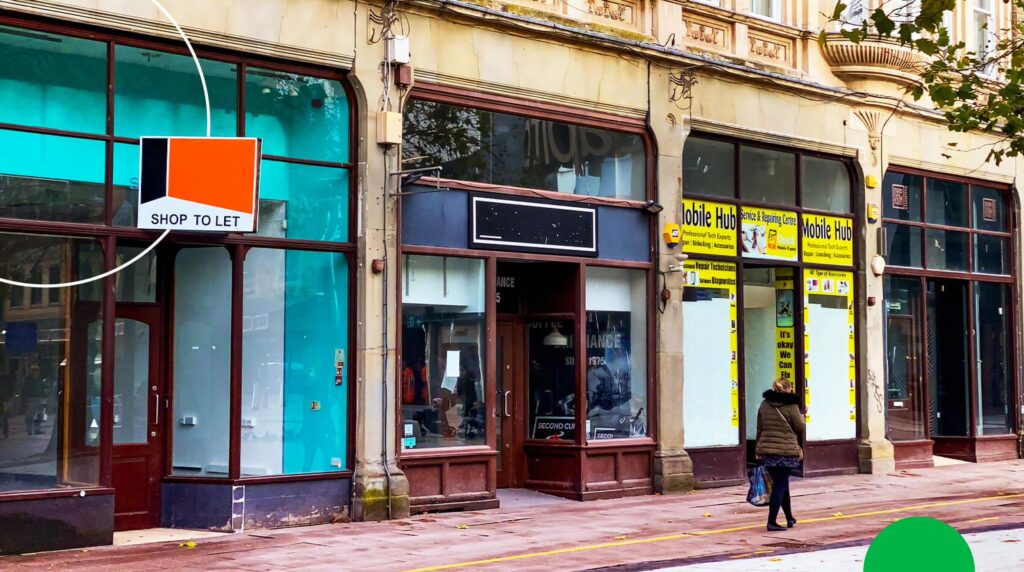 The worry would be if inflation is rising without the strength of demand. Since the mid-2000’s a succession of ‘crises’ (Global Financial Crisis (GFC), the Euro crisis, the slowdown of the Chinese economy since 2010, global trade crisis driven by US-China relations, COVID-19-shutdowns) has led some economic commentators to wonder whether economies are, in fact, able to sustain a recovery. Do they have enough internal strength to overcome the occasional structural shocks?

This note sets out the nature of the current economic growth dynamic and concludes that it is a rather positive one.  The message behind the current inflation readings is of temporary re-opening glitches. Good inflation is here to stay, but stagflation is not the way we see things panning out.

We have written in the past about good inflation.    That’s the sort of inflation that central banks have been trying to accommodate since the late-2000s’ GFC. Since our last note on the subject, inflation has indeed risen on a cyclical and temporary basis; ‘cyclical’ because economies have begun to recover more broadly; ‘temporary’ because this recovery is putting stress on the global system’s ability to open back up. Supply bottlenecks have led to temporary spikes in costs (commodity prices, shipping costs), shortages of inputs (such as semi-conductors), and perhaps not-so-temporary rises in key-worker wages.  How all this settles down into medium term inflation is a hotly debated subject.  But any reasonable investment-horizon should anticipate a rise in inflation; whether this is ‘good’ inflation is still to be determined. For Nutmeg’s part, we don’t think inflation will become a systemic problem; and therefore, won’t require policy makers to respond with dramatic rises in official interest rates.

How does stagnation occur & is it likely?

Economic stagnation occurs when important macroeconomic determinants lose their dynamism, when important anchors fail to hold economic growth around healthy equilibria. Just as low and steady inflation is healthy for an economy, so too there is a healthy equilibrium growth rate in activity that allows sufficient wealth creation to compensate entrepreneurialism but without encouraging excessive speculation. This equilibrium growth rate differs among countries with different access to – and efficient use of – economic resources. Economists call these resources ‘anchors’, and they come in the form of ‘nominal’, ‘real’ and ‘policy’ anchors.

The International Monetary Fund seems to agree with our general view. The forecast chart below shows no stagnation in the UK or US economies, with growth staying over 2.5% out till 2023. Inflation is expected to be steadily rising.  This is not stagflation or ‘bust’.  This is a solid economic (GDP) growth outlook; one that we share here at Nutmeg. 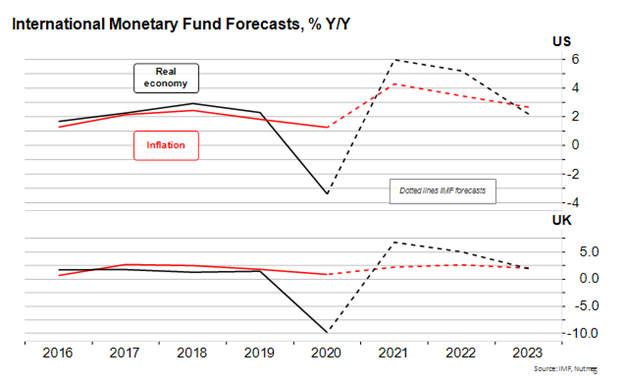 What about the developed versus emerging economies?  Nutmeg believes developed economies will overcome their problems with novel policy responses (think quantitative easing , furlough, levelling up), but emerging markets are struggling to respond to the technocratic challenges of all these shocks on the workings of their economies. Deglobalisation will shine a spotlight on the need for these countries to get their own house in order. These economies will continue to rely on capital market financing, so will be incentivised to reform. Geopolitical competition will change the nature of the US-China relationship, but we expect this to accommodate trade in goods and services unrelated to their ideological differences.

While we have, this year, become more circumspect about the challenges facing emerging markets, we continue to see their ‘catch-up’ potential in the medium term. International Monetary Fund GDP and inflation forecasts across developed and emerging categories do not show stagflation (next chart). 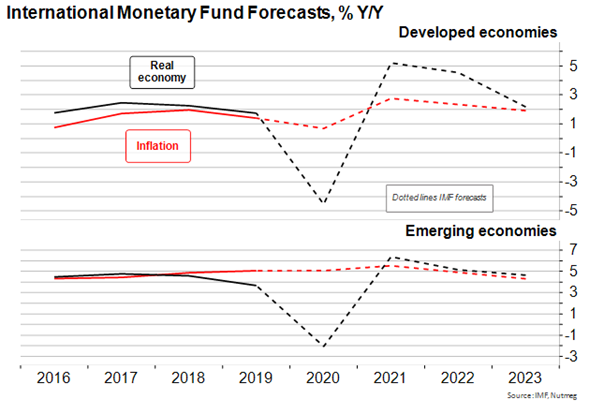 What are the (hypothetical) financial market implications of stagflation?

As suggested, Nutmeg does not believe stagflation is likely. But how might financial markets be expected to behave under a hypothetical episode? Firstly, it would be bad news for dividends and dividend growth and, therefore, bad news for equity markets in general. With weak equity markets, a risk-reduction and flight-to-quality environment would exist, pushing investors into government bonds, so government bond yields would fall. But investment-grade (corporate) and sub-investment grade (high yield) bonds would also suffer from the risk-reduction environment.

Central banks would be torn between needing to respond to inflation by raising interest rates, on the one hand, and lowering rates to encourage spending and production. Most likely central banks would not raise interest rates under these circumstances, making their currency lose value on all-counts. Higher inflation and lower economic growth both point to currency weakness, a weaker currency makes imports dearer, and the inflation story spirals upwards.  You get the idea and It’s not good.

How we are setting Fully Managed and SRI portfolios

Luckily, as we have argued, we see no such self-fulfilling stagflation threat on the horizon. Rather, we see the building blocks (the anchors) in place to underpin solid economic growth into the medium term. That’s why we have an overweight equity position. The recovery that is underway has been partly facilitated by government policy ingenuity. And the need to unwind that over time is the reason we are underweight fixed income. Government bond yields will need to rise as policy is normalised and this depresses bond prices. So, we have moved some of these fixed income assets partly into equity, partly into cash. We expect central banks to be quite patient in the coming rate-hiking-cycle; this is their stated policy after most central banks have switched to a re-active rather than proactive response to inflation data. Within the equity portion we remain overweight US where nominal and real anchors are strongest, and we overweight smaller companies in the UK as the economy recovers not only from COVID shutdowns, but from at least five years of underinvestment caused by Brexit uncertainty. Within the fixed income portion we have reduced sensitivity to yield increases (reduced ‘duration’) and we favour high yield bonds as they have some value remaining and will benefit from a good equity outlook.

As always, the Nutmeg investment team is constantly monitoring all aspects of markets, economic data and government policy. We stand ready to modify the shape of the managed and SRI portfolios when necessary. 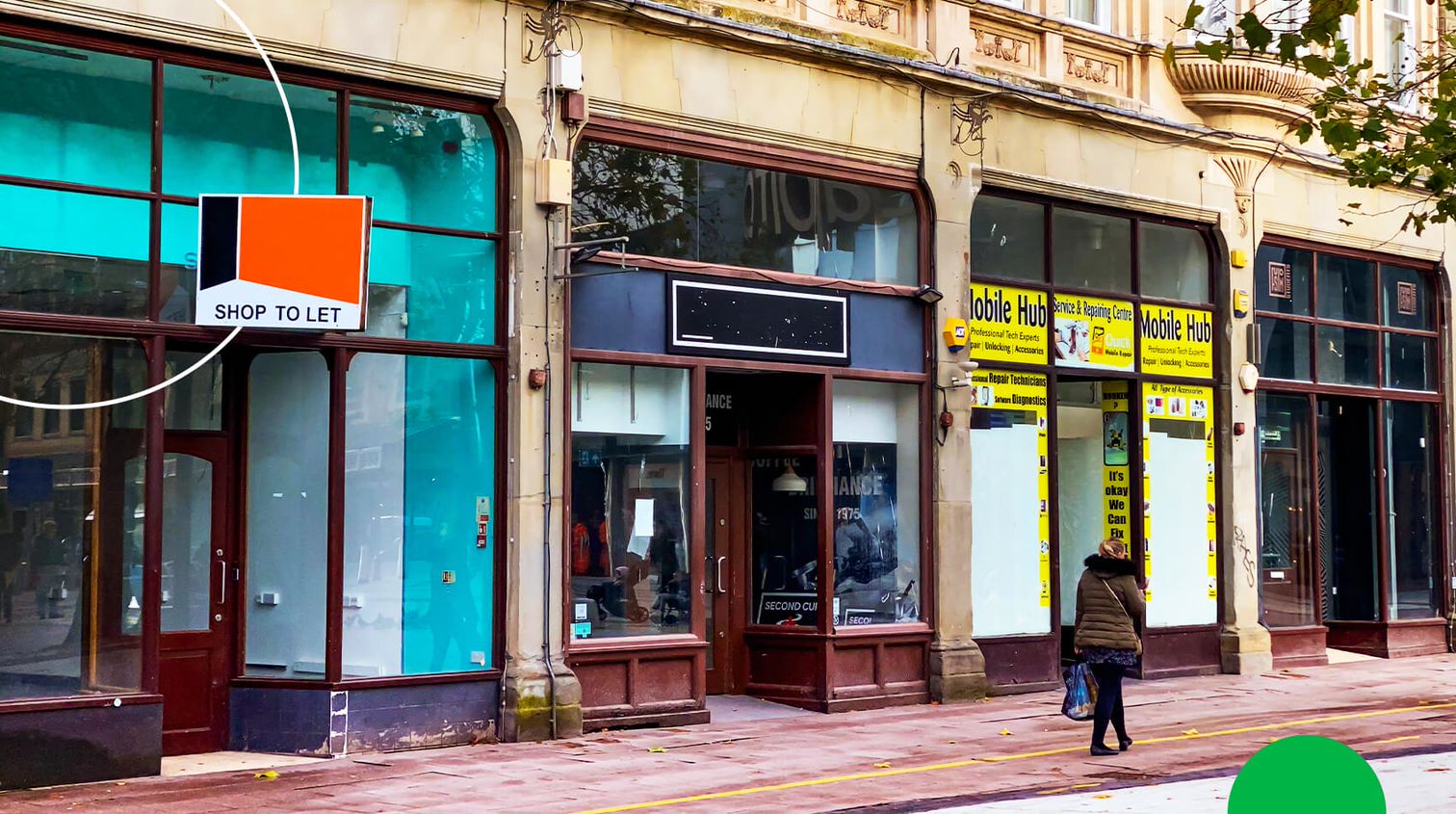