How GameStop has shown the value of long-term investing

The dust has settled on the GameStop story but we feel its legacy will be felt for some time. It wasn’t the victory for the small rebel investor against the titans of finance that many wanted us to believe – the reality is a lot of small investors will have lost their money and their faith in the markets. 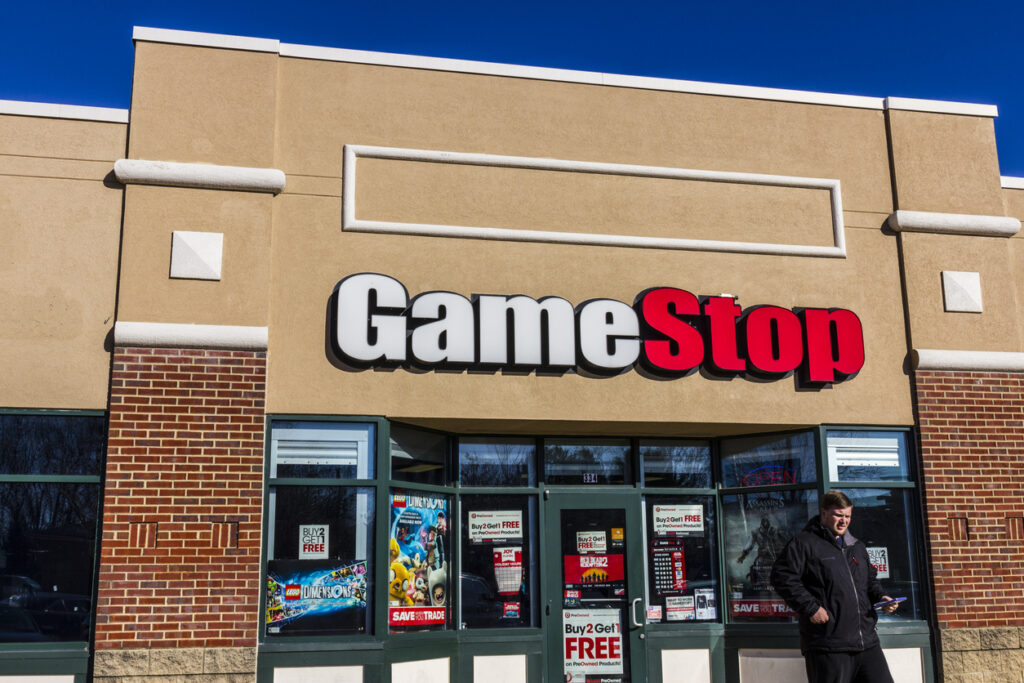 Last month it was the biggest story in the financial news. Pretty much every news outlet ran a headline on GameStop and how a number of investors from a Reddit chat group had invested in the bricks and mortar video game outlet. These investors wanted to drive up the price of the stock, directly counter to a number of hedge funds which had bet on its share price going down – ‘shorting’ it.

Because these hedge funds were shorting GameStop they were borrowing the shares to sell at a high price, buying them back later when the price had hopefully fallen, netting them a tidy profit. GameStop is a network of physical retailers in an age of digital downloads so, in many respects, betting their share price would go down was not unwise.

Because these institutional investors had already sold the GameStop shares, they were obliged to buy them. Noticing this guaranteed demand, a Reddit forum, or ‘subreddit’, called WallStreetBets started buying up lots of GameStop shares, raising the price. As the price rose so did demand as the hedge funds struggled to purchase shares before they rose even higher – trying to cut their losses in time. However, once the story became public and the narrative of getting one over the institutional investors took hold, more and more independent and individual investors rushed in, further driving the price and the excitement around the stock.

People then began to seek parallels elsewhere and stock in other shorted companies began to rise. These companies had all struggled in recent times: Nokia, American Airlines, cinema chain AMC and BlackBerry. At one point the platforms that let individuals carry out these trades struggled for liquidity and had to call a halt to the trading of these stocks while they raised funds.

It was easy to feel, with all that press coverage, that you were missing out if you hadn’t invested in GameStop. But a week later, the headline writers (and influencers) have moved on, leaving many investors who had jumped on the bandwagon nursing big losses. You can see how Google search terms have fallen away just as sharply as the share price. 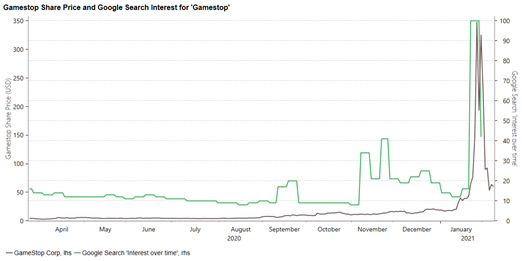 It’s also worth noting that those hedge funds that held their short positions throughout can now buy back the stock at around the price it was before this all started – making minimal losses, or even profit. One hedge fund made $700 million on GameStop, leading to rumours around who had really wanted the share price to go up. A member of WallStreetBets told the Wall Street Journal the forum should be seen as “pure unadulterated gambling chaos – you don’t know what somebody’s angle is on there, whether they’re trying to pump a stock or dump a stock.”

What will be the GameStop legacy?

Described as a ‘David versus Goliath’ battle in the press, will we look back on this episode as a win for the small guys, a hero versus villain tale of the underdog succeeding? It’s a very powerful narrative but what it really shows is how such hyperbole can easily draw in individual investors who see themselves being given a major shot to win the investing ‘game’.

The reality is that GameStop and other meme stocks are a great example of the perils of a short-term focused approach. There were major vested interests in pushing the stock price up from large financial organisations who wanted to drive the hype as much as possible, knowing that when they sold out their large positions the share price would fall, leaving the small investors with big losses. It’s a cautionary tale, warning us that market noise is often just that – if something sounds too good to be true it probably is.

There were clearly big losses for many individuals – we fear these will continue to be felt for many years and by society as a whole.

Because the people who could least afford it lost out. It is likely many investors facing debts will have borrowed the funds they invested, via margin accounts, or they may have sold out of safer assets to put money into something they hoped would give them that big payoff. Ultimately though, it is these moves that can lead to the financial services industry benefitting as people become more, not less, reliant on borrowing, having lost their investable money on a dangerous short-term bet.

So, the true legacy could be a generation that loses faith in the power of investing, at a time when they need to embrace it the most. The depressing reality is that the potential consequences of these types of episodes will often go unseen:

So what should you do as an investor?

One of the most frustrating things about the GameStop saga is how it probably will reinforce the false stereotype that investing is just about short-term stock picking that is akin to gambling. This is different to long-term investing which is something that may provide prosperity and a level of financial comfort for everyone, and all the recent noise around GameStop should not make us lose sight of that and our long term goals. 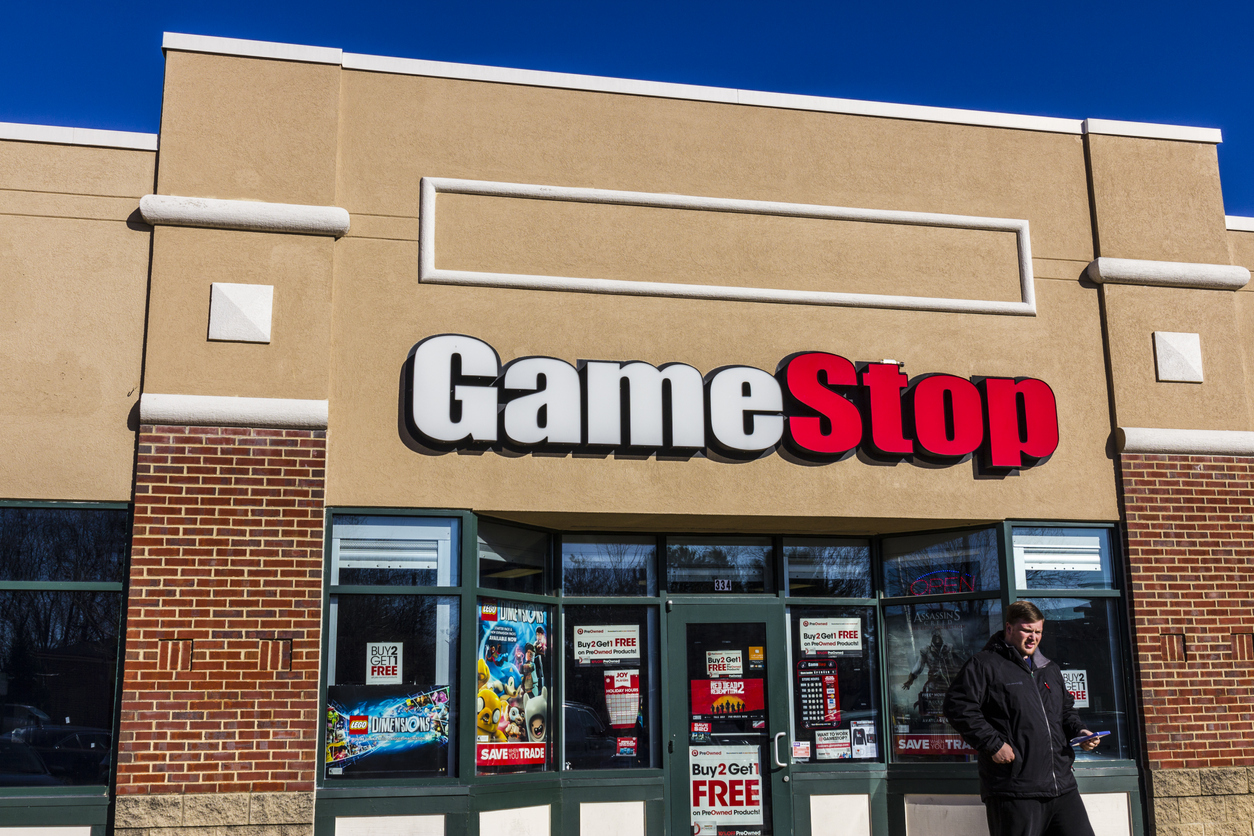