It’s been a pretty good year in stock markets so far in 2015, with many markets hitting record highs. We’ve seen this in Germany, in the US and famously here in the UK with the FTSE 100 breaking its 15-year high last month. 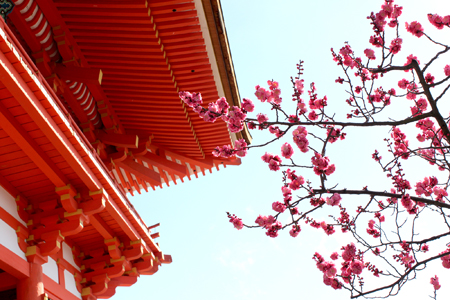 We’ve also seen excellent growth figures from Japan, which we expect to continue as the country continues with Quantitative Easing and encouraging wage growth.

Bonds produced a very good return in January but subsequently lost much of that gain in February. Our very lowest risk portfolios will have suffered a little because of this drop in bonds, but because of our cautious stance on bonds this fall was limited to less than 1%.

The rest of Nutmeg’s customer portfolios have seen gains this month and have grown over the year to date.

We’re still only holding a minimal amount UK stocks -only medium sized companies where performance is better. At the moment we’re considering whether we should lower our UK exposure even further in the run up to the UK election.

This would be an unusual step for us, given that we are UK based, but it’s driven by market uncertainty. We don’t think it’s likely that there will be a single-party government, and we may well see a different coalition from the one that is currently in power.

This level of uncertainty is likely to cause concern, especially among international investors as the election draws closer, which may cause the market to fluctuate and have an effect on UK stocks for some time.

Even though the FTSE 100 has broken through its 1999 high, it is still under-performing other markets. The FTSE 250 – which is made up of the 250 companies below the top 100, has been doing far better – frequently breaking new highs and with far more stable growth. 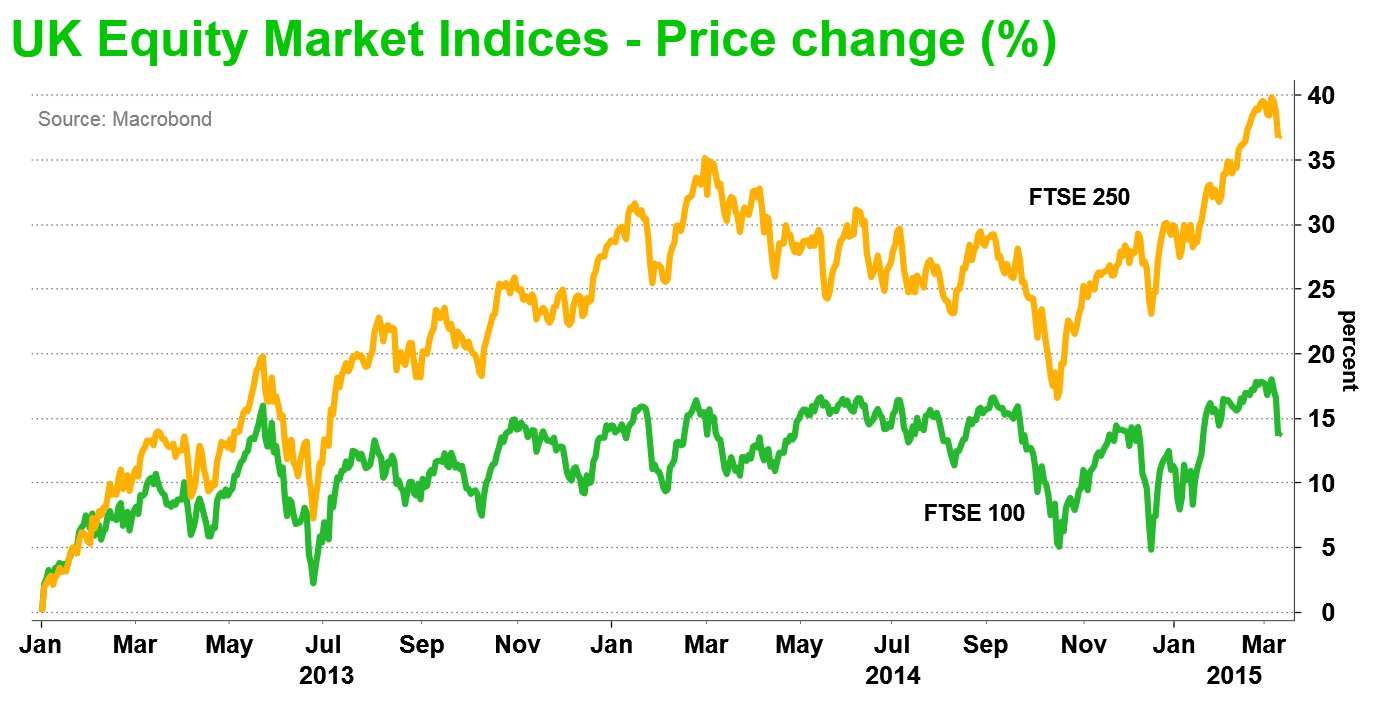 Of course we’ll also be paying close attention to what’s announced in the budget next week, looking for any potential signals in the run-up to the election and rebalancing customer portfolios accordingly to achieve the best possible returns.

The ongoing situation in Ukraine is no longer worrying investors and therefore not really having an effect on markets. This is what we call being “priced in”, which means that investors have become used to a particular level of risk, and that has become the norm.

Of more concern are the ongoing budget problems in Greece. It’s clear that the Greek government is out of money and cannot repay the International Monetary Fund (IMF). Talks over the next few weeks will be intensely focused on a resolution, which is something we’ll be watching very closely.