Our director of investment risk, Pacome Breton, explains what a busy November has meant for global markets and what to watch out for going forward.

November has been busy: a new president elect in Joe Biden and two potential vaccines. How have markets reacted to this?

The first two weeks of November have brought some important news for the markets. The US election result helped to push markets higher after a fairly unattractive October. A Biden election was anticipated and the final results, despite the delay and the contestation by Trump, were seen favourably by markets. The absence of the so called “Blue Wave” with the Republican Party keeping a Senate majority to balance a Democrat House and Presidency, was also seen as a positive for risky assets.

The “real” news though for global equities has been the announcements by Pfizer–BioNTech and then Moderna of excellent results in their respective vaccine developments. This has triggered a wave of optimism among equity markets, especially in beaten up UK and continental European shares. Stocks that were heavily hurt by the pandemic like airlines, banks and energy companies rebounded strongly. One clear example of this is IAG, owner of British Airways, who had the best three days since 1988, seeing their share price rise 40%. But equally of note here is that this is only a partial recovery as the company is still down more than 60% this year.

Across the Atlantic, the US market has been more resilient through the pandemic – perhaps because of the premium Covid has put on tech and healthcare stocks, which are more prevalent in US markets. This means US stocks have lagged in this recent run up, having already been strong. We can see this as normalisation for now as US stocks are still largely ahead of European stocks in 2020.

Is there a potential disconnect between the strengthening financial markets and the reality of new European lockdowns and rising Covid cases in the US?

Effectively, it is difficult to get a bigger sense of disconnect than this month of November. On one side: countries like the UK and France have a record number of Covid cases and are back in full lockdown approaching the Christmas season – a critical time for the economy. In the US, the number of cases has reached almost 200,000 per day compared to a previous peak of 50,000. Yet counter–intuitively, risky assets are having a particularly strong month with the MSCI World up close to 9%.

However, this disconnect isn’t new and it is important to remember that markets tend to focus on more distant horizons – forecasting long term profits for corporates – not only short–term variation.

We’ve seen this already this year when markets started to rebound at the end of March/early April, when the number of Covid cases were increasing in many countries including the first US peak in July.

It has also happened regularly in the past: 2009 was a record year for equity markets despite the world being in recession for a large part of the year. Likewise, in 2011 during the European and Greek debt crisis, equity markets started to increase well before the resolution.

So, there is clearly a disconnect but markets looking beyond the current situation to focus on what will come next year is what we are seeing right now.

What is the importance of the final Brexit negotiations and the news of the RCEP trade deal in Asia?

The negotiations over Brexit are now entering the 11th, or even 12th, hour. We have heard that regularly over the last three years, but it is definitely the case this time. It has been our view for some time that the most likely outcome is still some form of deal which would have the benefit of avoiding a no-deal crash out of the European Union for the UK. We are getting there and a deal could be announced anytime, even if it is only fully finalised early next year. With this in mind, last month we closed out some of our negative view on the pound to avoid being caught off-guard in the coming weeks.

Lastly, the news over the Pan-Asia RCEP trade act got limited publicity but it is a key step for Asian countries, notably China, South Korea, Japan and even Australia and New Zealand. Fifteen Asian and Pacific countries in total.

The deal will see those countries over time getting closer to becoming a trading zone like the European Union or North America. It is a fundamental shift that will still take a lot of time to be deployed and effective, but it does represent a shift of the global economic centre of gravity further towards Asia.

About this update: This update was filmed on Tuesday 17 November. 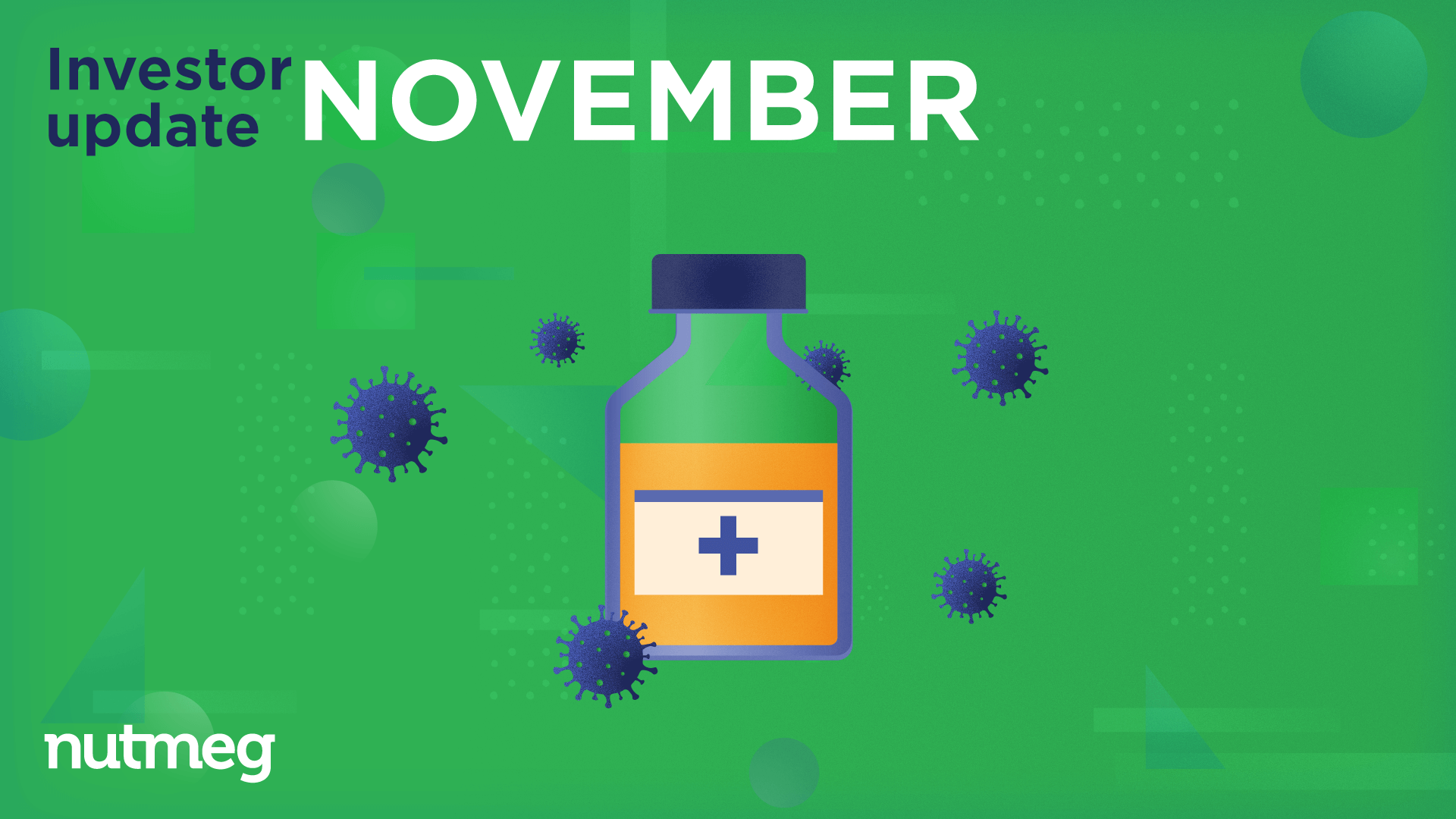