Liquidity: what went wrong with Woodford and why we are different

The debacle over the suspended Woodford Equity Income Fund has focused investors’ attention on the issue of liquidity. This is a financial term that describes the ease with which an asset can be bought and sold (liquidated). The Woodford fund, like many others, promised daily liquidity. 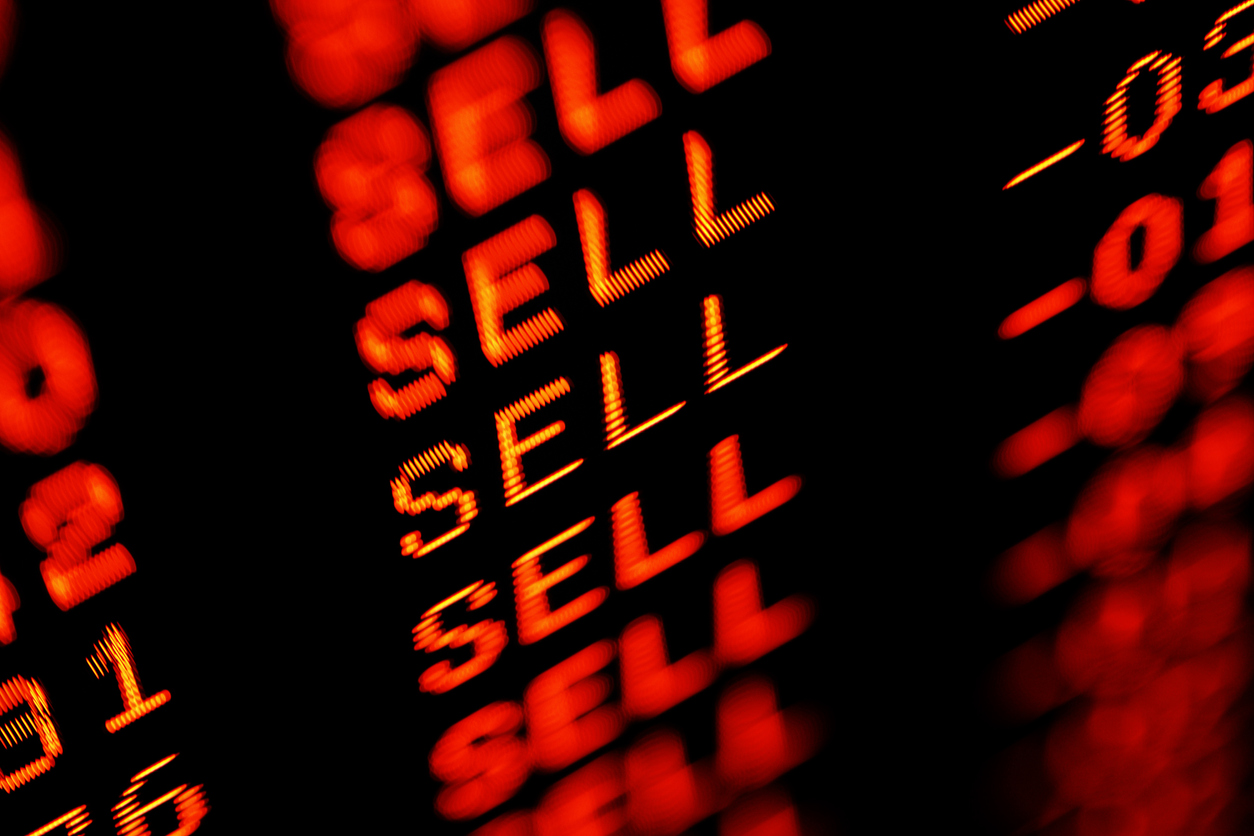 The Woodford fund fell into difficulties when too many of its investors demanded their money back at the same time. The fund, which had invested in assets that were themselves illiquid, could not sell its assets fast enough to meet demand and had to suspend redemptions for 28 days, a procedure known as “gating”.

How much liquidity is it reasonable to expect?

The promise of daily liquidity can be somewhat misleading for investors. The truth is that for most funds, it is unrealistic to suppose that all the assets could be sold in a given day – certainly not without significant impact on the price of those assets. Daily liquidity is offered on the assumption that not all investors will want their capital returned at the same time.

We think these are astonishingly low numbers, but to show just how low they are, we need to make some comparisons.

What is a typical liquidity profile?

We can use broad stock market indices to allow us to understand how long it would usually take to sell a typical portfolio of UK stocks. Nutmeg invests in exchange-traded funds (ETFs) that track these kinds of indices, so the liquidity of the indices offers a good guide to the liquidity of our underlying investments.

For large-cap UK equities, let us take the FTSE 100 index and for mid-caps we will use the FTSE 250 index. In the examples below, we have used a portfolio size of £4.292 billion, the size of the Woodford Equity Income fund at end of April 20192.

To ensure the calculations are reasonable, we have limited the amount of any given stock that can be sold to 20% of the 20-day average daily traded value (the average amount traded in the stock over the past 20 days). This is a reasonable constraint to ensure that impact of the selling on share prices of the stocks is limited (if too much stock is sold at once it risks the price of the shares declining as the market becomes oversupplied). 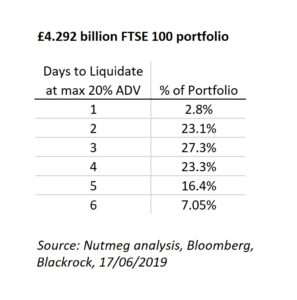 What about smaller shares?

The companies listed in the FTSE 250 index have smaller capitalisations than in the FTSE 100. In the UK we consider these to be medium-sized stocks, but when measured on international basis they are regarded as “small-caps”. Because there is less trading volume in these stocks, they generally take longer to sell than the large caps. The smaller the stock, the less liquid they are.

Our calculations show that without exceeding 20% of the 20-day average traded volume of any stock on a given day, over 34% of the stocks in a Woodford-sized FTSE 250 portfolio could be entirely liquidated within seven days. A further 25% of the portfolio could be liquidated entirely within ten days. (It is worth highlighting that the largest UK mid-cap fund is £3.2 billion, which would be easier to liquidate than the nearly £4.3 billion in UK mid-caps that we have assumed here.) 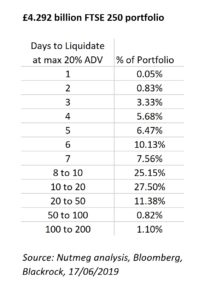 Back to the Woodford fund

Having examined the underlying liquidity of companies in the FTSE 100 and FTSE 250 indices, it becomes clear quite how illiquid the Woodford Equity Income Fund had become. Remember that only 21% of the fund’s holdings could be liquidated within seven days back in June 2018 and just 8% this April. Is this the kind of liquidity profile that investors in the fund could reasonably expect? We think these figures raise questions about the fund’s strategy, its suitability for daily liquidity, whether the fund manager adequately articulated the liquidity risks to investors, and whether the liquidity profile was suitable for a fund with several large, concentrated investors.

It is worth noting that the suspension was (in part) triggered by a UK council’s withdrawal of an investment worth £263 million3 – over 6% of the fund’s overall value. With individual clients of that size, most fund managers would consider it wise to retain more immediate liquidity than the just 8% that could be sold within seven days.

We also did some digging into the Woodford fund’s holdings and made some other calculations. The fund’s largest holding at the time of its suspension was Barratt Developments, a FTSE 100 homebuilder, in which the fund had a very large position relative to the index. According to the end-April factsheet4, the Woodford fund had 7.57% of its portfolio invested in Barratt Developments. In contrast, the stock’s weight in the FTSE 100 was just 0.31% (at 17th June 2019). In other words, the Woodford fund had a position that was an astonishing 24 times the index weight.

The larger a position in a stock, the longer it takes to liquidate that position. A fund the size of Woodford’s that tracked the FTSE 100 exactly would be able to sell its 0.31% holding of Barratt Developments in just two days, according to our calculations. But, our calculations show it would take more than 30 days for the Woodford fund to sell its much larger holding of the same stock.

A drift in style?

The Woodford Equity Income Fund has not always had such a low liquidity profile. In May 2017, the weighted average market cap of the top ten fund holdings in the fund was £36.9 billion5. In other words, the fund’s top holdings were in large, liquid stocks.

By April 2019, the fund factsheet reveals that the top ten holdings were very different. The weighted average market cap of the top ten holdings had fallen to just £2.7 billion, indicating that small and mid-cap stocks now accounted for the largest holdings. Well-known, large cap stocks such as AstraZeneca, Imperial Brands and Lloyds had been replaced with the likes of Burford Capital, Autolus and unlisted healthcare companies6.

The shift in the character of the top ten holdings in the two years leading to April 2019 raises questions about whether the fund had ceased to be appropriate for investors who expected it to offer daily liquidity. Yet throughout this period the fund was recommended by fund platforms such as Hargreaves Lansdown, which only removed the fund from its Wealth 50 list of recommended funds after the fund was suspended.

Did investors understand just how different the strategy had become in the past two years? Did the compilers of “best buy” lists take the change in strategy into consideration? Or were advisers, wealth managers and platforms asleep at the wheel?

How our approach is different

At Nutmeg, we build our portfolios with ETFs that track major indices such as the FTSE 100 and FTSE 250. One of the reasons we like ETFs is because they are highly liquid and transparent by their nature. As we’ve discussed before, our investment and trading teams dedicate significant resources to the analysis of the investments we hold. We spend just as much time analysing the “nuts and bolts” of individual investments as we do managing our investment strategy. Our team continually analyses risks and opportunities within the market to ensure they remain suitable for customer portfolios. Liquidity is always a core part of this.