Rising inflation and warnings of recession in the UK have understandably dominated the news agenda in recent weeks. Here, we put all this into perspective with what we’re calling the ‘4 Cs’: Communication, Context, Constraints, and finally our Call on how we are managing portfolios. 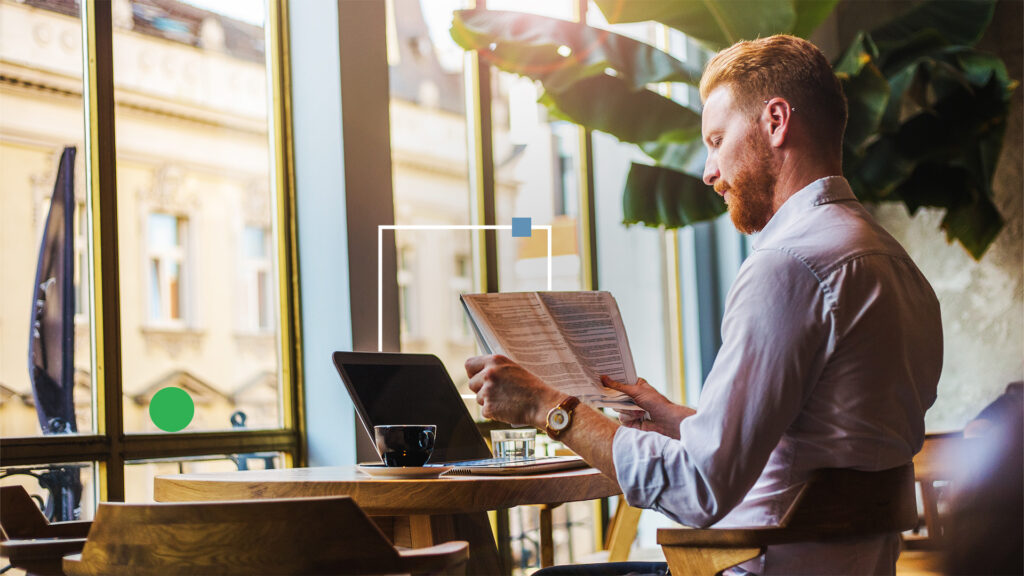 Communication: How the Bank of England is keeping us informed

You will have no doubt seen plenty of discussion around the rising risks of recession in the UK. The official line comes in the form of communications from the Office of National Statistics’ (ONS) with its latest gross domestic product (GDP) monthly estimate as well as the Bank of England’s Monetary Policy Summary on 4 August, which predicted the economy would fall into recession in the final three months of 2022.

Here’s what we know so far: the GDP contraction estimate of -0.6% month-on-month in June had two main causes. First, the Platinum Jubilee Bank Holidays impacted the number of effective ‘working days’ in the calculation, and second, the continued unwinding of the government’s Covid response programmes.

Inflation continues to accelerate, with the Consumer Prices Index (CPI) reaching another 40-year high of 10.1% in the 12 months to July. As we’ve mentioned in previous blogs, the main cause is price rises in energy and food.

As the CPI release shows, energy inflation has been considerable this year with the July reading coming in at 70% year-on-year in the UK. This is the cost that is being paid by consumers largely as a result of the conflict in Russia and Ukraine, and a direct contributor to the cost-of-living crisis that we are experiencing presently.

The rise in food inflation stems in part from a costs spike for farmers and producers but also a continuation of supply side constraints resulting from the Covid lockdowns; capacity is still operating well below 2019 levels in numerous sectors.

Seeing inflation accelerate sharply over the course of the past year, the Bank of England has embarked on tightening of monetary policy through the removal of quantitative easing programmes and the hiking of interest rates from the historic low of 0.10% to the current level of 1.75%. The latest hike came after the meeting of the Monetary Policy Committee on 4 August, when a 0.5% increase was implemented.

Central banks’ communication strategy is often labelled as ‘forward guidance’ in signalling to investors the state of the economy and the likely future course of monetary policy. The Bank of England has already outlined where it sees the economy going over the next 18 months by forecasting a contraction of between -1.5% and -2.25% peak to trough.

The Context: Why all projections come with a caveat

Chart 1 below puts into context the Bank of England’s forecast range for GDP, with the sharp drop in the projections shown in the second quarter of 2020 (-21.5%, the black line) a direct result of the unprecedented Covid lockdowns. The Bank has acknowledged notable ‘risks’ around its projections from ‘external’ factors influencing the economy from outside the UK (see energy prices) as well as ‘internal’ ones (real incomes). In other words, given all that’s happening it’s hard to say with any real confidence how the economy may look in the months ahead. 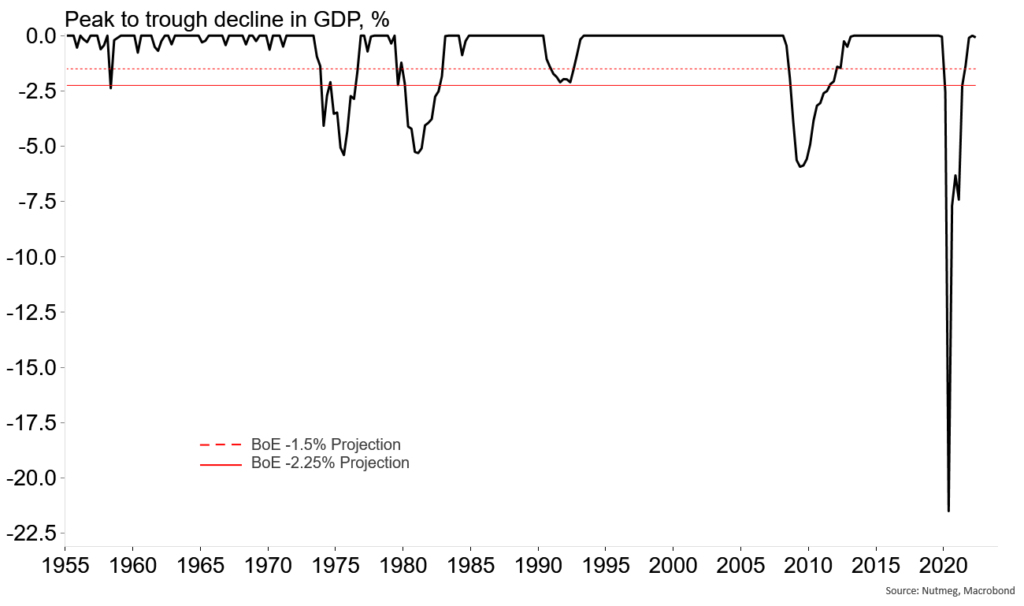 The chart shows a dark red line to indicate the Bank’s projection using its ‘normal’ processes (-2.25%) and the dotted line is its more pragmatic assessment given the unusually low confidence it has in its own projections (-1.5%). These are included to contextualise the contraction forecasts versus historical recessions going back to 1955.

For further context, looking at the mean, high and low projections of market economists supplied by a Bloomberg survey, we see that the mean market economist forecast of the severity of recession is even lower than the Bank’s best guess at -0.5%. The worst-case scenario currently seen by economists is a contraction of -3.2%, with the best-case scenario of no recession and growth of +2.1%.

The Constraints: A recession not caused by lack of demand

The issue that the Bank of England faces getting inflation back near its 2% target is that the underlying source of inflation is externally driven by food and energy costs which are outside of its control. This is impacting business’ ability to produce more which in turn will impact investment, a core component of GDP.

Chart 2 below is from the latest Confederation of British Industry (CBI) survey highlighting the current number one issue for businesses is the availability of materials or components, also known as supply chains.

In the context of a chart, it is important to note that the last time this issue crossed with business reporting a limit in orders or sales was around the 1970’s oil crisis recessions, which were also caused by supply issues.

The grey shaded areas in the chart are recession periods. It’s important to take note of the fact that this recession is not only slated to be one of the shallowest in history, but – as the chart shows – the recession does not look to be caused by a lack of demand.

The black line is the percentage of businesses reporting a lack of demand as the main constraint to their operations. The chart shows that firms are not concerned about orders or sales and are far more concerned about the supply/availability of materials or components.

Chart 2: CBI Survey – factors inhibiting output over next 3 months (since 1970) 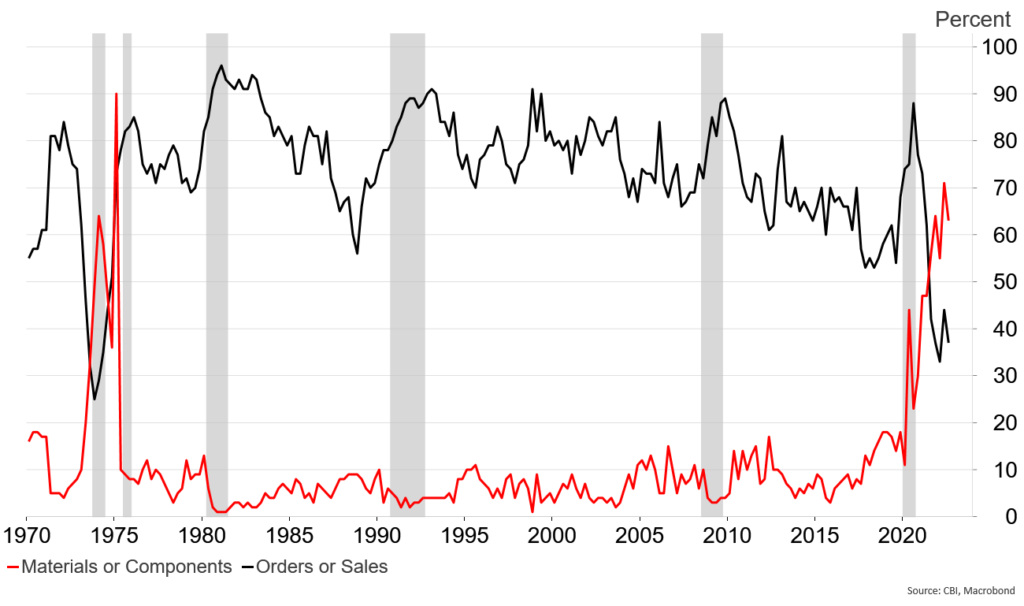 Businesses are also concerned about labour availability, skilled and unskilled. This bodes well for consumers in terms of getting pay rises and is reflected in the strong labour market in the UK.

The Call: Reasons for optimism

For now, the Bank of England’s policy bias remains to getting inflation back to 2% and Nutmeg expects policy rates to be raised to levels consistent with the money market’s outlook on interest rates – currently projected to climb to more than 4% by March 2023, according to Bloomberg.

How does this impact our view on the markets and namely the UK? We remain optimistic about the post-Covid reopening story, especially around the strong labour market, and in turn consumption. However, we also acknowledge the problematic issues in energy markets arising from the Russia/Ukraine conflict.

As it stands, our present call is to retain a neutral view on equities. However, the nature of discretionary management means we can be flexible to changing market conditions, and we will be keeping a close eye on the results from the ongoing earnings season and macroeconomic releases. 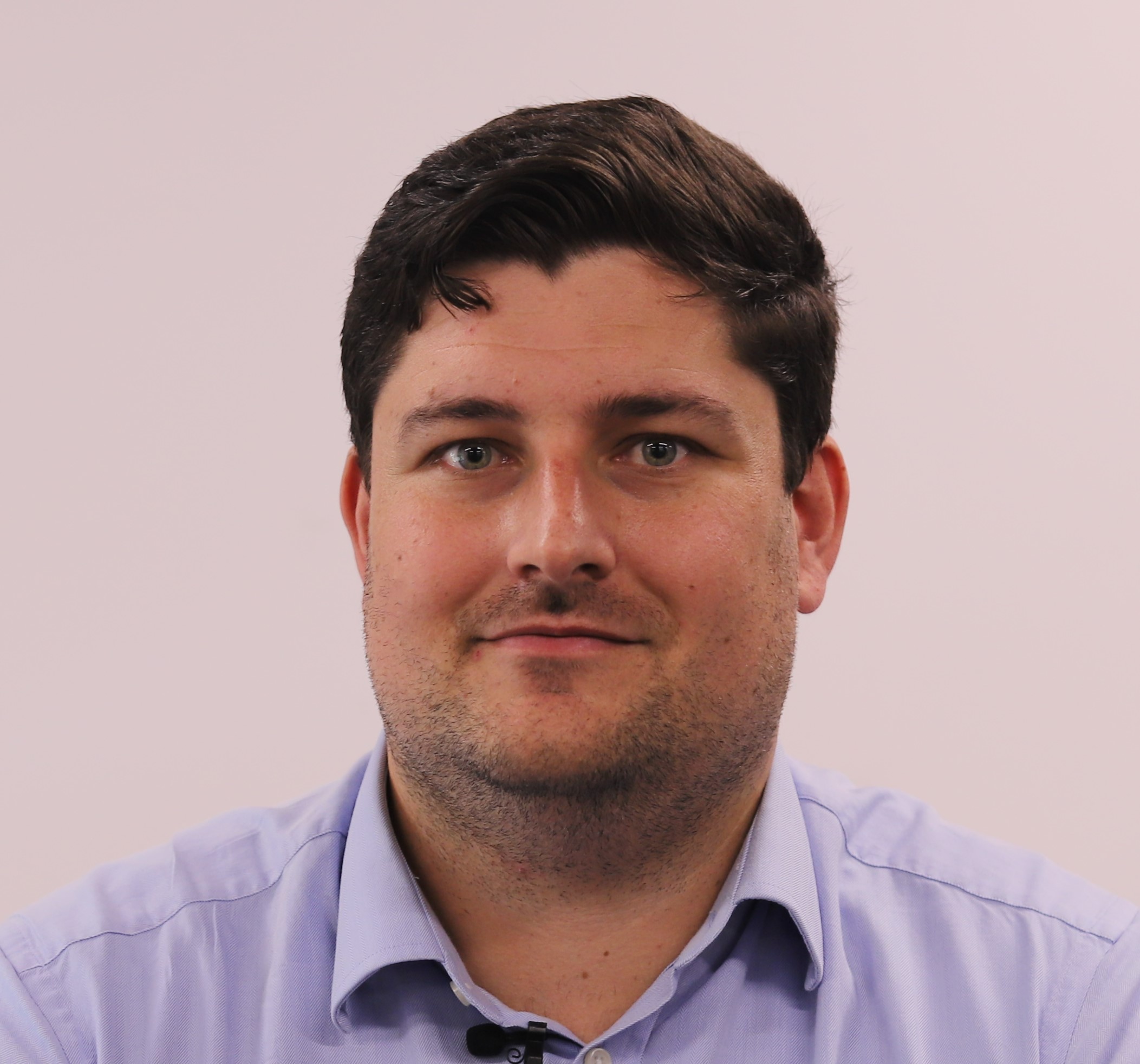 Scott is an investment strategist at Nutmeg. He joined Nutmeg in August 2022 from Charles Stanley with a strong focus on asset allocation and macroeconomic analysis. Before moving to London from New Zealand in 2018, Scott was a portfolio manager covering fixed income and multi-asset mandates. Scott is a graduate of the University of Auckland School of Engineering, holds a Masters in Financial Economics from Massey University and is a CFA Charterholder.


Other posts by Scott Gardner 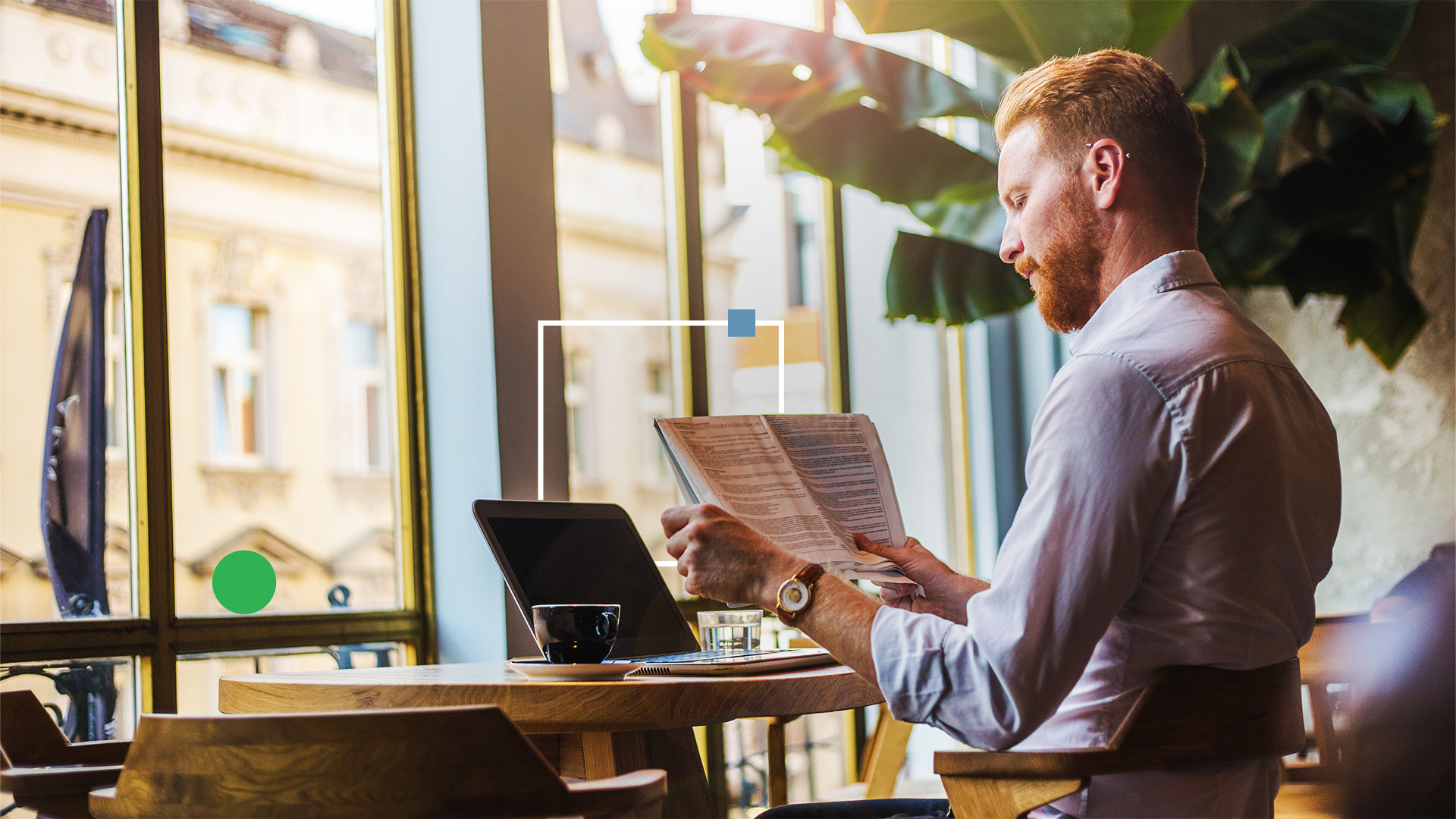