Global trade has been the subject of many headlines in March, as the United States put in place tariffs on the imports of steel and aluminium. But much larger decisions affecting US trade relationships are currently being negotiated behind closed doors. 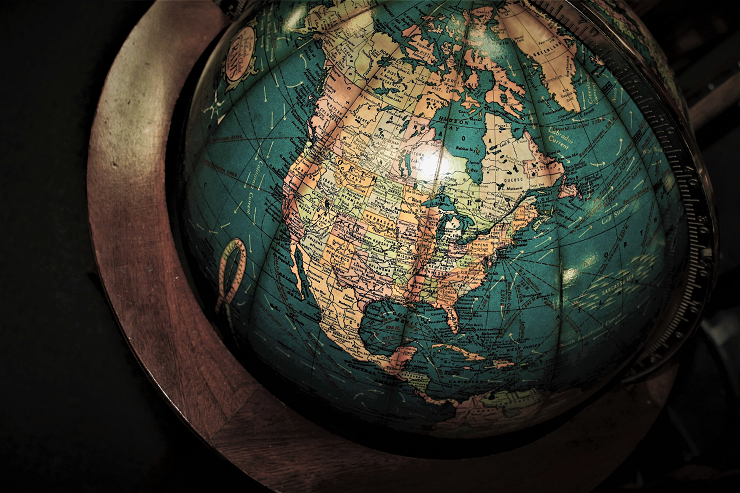 The North American Free Trade Agreement (or NAFTA) has been in place since January 1994 and has helped to facilitate liberal trade between the US, Mexico and Canada. The agreement superseded a free trade agreement between Canada and the US and was the first free trade agreement to be struck between two developed countries and an emerging nation.

Through NAFTA, the United States, Mexico and Canada form one of the world’s largest free trade areas, with about one-quarter[i] of the world’s total gross domestic product (though much of this belongs to the United States), and trade totalling $1.02 trillion in 2016[ii]. However, since its inception the agreement has been polarising, with much debate about the benefits and pitfalls for the US economy in the context of employment and economic competitiveness.

Shortly after his election victory, President Trump announced his intentions to renegotiate NAFTA in line with some of his key campaign promises. While the leaders of Canada and Mexico agreed to work constructively with the United States on this, President Trump has threatened to withdraw from the agreement entirely should negotiations not yield success. Chief among demands was a focus on reducing the US trade deficit with Canada and Mexico, as well as modernising the agreement to account for the digital economy.

Canada and Mexico represent the first and second largest export markets for the US economy and have held these positions since 1997. Exports from the US to Canada in 2016 totalled $223bn and Mexico $190bn, which together exceeds the total exports to the next six largest nations: China, Japan, United Kingdom, Germany, South Korea and the Netherlands[iii]. Mexico and Canada are also the second and third largest importers to the United States (after China).

While the US has a trade deficit with both Canada and Mexico, in 2016 each was smaller than the deficit with China, and both Germany and Japan had a larger deficit than Canada, despite Canada’s significantly higher total trade with the US[iv].

The devil is in the detail

From an overall perspective it feels as if the US holds the balance of power in negotiations, but the reality is more complex. After 23 years of an agreement, supply chains between the nations have become ever more complex and, in many cases, vertically integrated. Because of the ease of trade that the agreement facilitates, many businesses now share production and supply of materials across locations.

For example, trade of unfinished goods is prolific, complicating the overall figures. Manufacturing is often shared between countries with unfinished goods being sent across borders as manufacturers work together to create goods. This has benefits for businesses, as they locate manufacturing responsibilities in the most efficient location, but it often means the place of final assembly of a product does not reflect the origin of its components. For example, US manufacturing industries, including automotive, electronics, appliances, and machinery, all rely on the assistance of Mexican manufacturers.

In the case of Canada, agricultural products are an interesting example. There are few products more ‘American’ than a cheeseburger, yet the provenance of many of the ingredients is likely to be Canadian: from the Canadian flour in the bun to the beef from animals that were born in Canada but raised in the US. So much is the level of integration on agricultural trade that the two nations have established a regulatory cooperation council to significantly reduce duplication of regulation and improve food safety.

Could the US really just walk away from NAFTA?

Clearly the level of integration in supply chains between nations in the NAFTA agreement means that any termination from one party could cause significant trade disruption in the near-term. In fact, any party can withdraw from NAFTA by providing the other parties with six months’ notice – hardly long enough to negotiate tariff free imports and exports on the vast range of goods and services that flow across the borders each year.

However, the level of economic integration and the importance of the trade relationships with its neighbours means the US is unlikely to walk away from a deal entirely. Added to this is the level of investment from American businesses in their supply chains within Canada and Mexico. In 2015, the US accounted for 52% of all inward foreign direct investment in Canada[vi], and it remains the largest source of foreign direct investment for Mexico[vii]. With many US companies believing these operations help them remain competitive in the global marketplace (by producing goods at competitive prices), the US government will be under significant pressure from big business to ensure an agreement stays in place.

But time is of the essence for all sides. The seventh round of negotiations has just concluded, and there’s still a lot of progress to be made. The Mexican general elections are scheduled for 1st July this year and with a NAFTA critic leftist candidate leading the polls, there is emphasis on concluding talks before then. Additionally, US Congress requires notification 90 days before signing an agreement, meaning the November US mid-term elections begin to come in to view, something that President Trump wants to avoid. With the next round of negotiations now scheduled for early April, investors will be keeping a close eye on progress as markets intensify their focus on the global trade environment.