A “phase one” trade deal between the US and China gave a boost to global markets. But does this mean the trade war is over? With some predicting the Bank of England to lower interest rates at the end of the month, we’re keeping a close eye on fiscal developments.

Some people are predicting that the Bank of England will cut interest rates at the end of the month. Why would they do this?

Brad Holland, director of investment strategy: A speech by Mark Carney, Bank of England governor, has alerted the market to the fact that there are some within the committee who would like to lend further support to the economy. They’re worried about business confidence and so they’re looking at the confidence data quite closely at the moment, to see whether, post the election, further support is needed.

It’s important to mention that, apart from the negative rates in Japan and Europe, the UK already has quite low rates compared to most major economies. Policy is quite pro-growth. In the context of the post-election confidence bounce, and in the context of greater fiscal spending, the bank might decide that it’s better to keep their powder dry until later in the year.

The US and China have now signed a “phase one” deal. Does that mean the trade war is over?

Pacome Breton, director of investment risk: Well, the first phase of the deal was signed mid-January between the US and China. And it was a positive outcome for the market, and for both countries.

The markets reacted positively, and actually the US market posted new highs on that day, to highlight this point. However, it’s only a phase one deal, which means that China agreed to increase US imports by 50% in 2020, and by a substantial amount as well in 2021.

On the other side, the US will remove some of the barriers on $120 billion of Chinese goods. So the positive side is that it will bring some stability and a more stable outlook for 2020, or at least up until the November election in the US. The negative side is that it’s only a phase one deal, and what it means is that phase two will come, likely after the November election in 2021, and some of the difficult topics will be back on the table, which means technology, or intellectual property.

So overall, to answer your question, yes it’s good, because it brings some stability to the outlook for this year, and up until the end of the year. But some of the difficulty will come back next year, and it’s not even sure China will be able to implement what they promise in this phase one deal. So at the moment it’s good, but let’s see the development next year.

We’ve seen some fantastic returns in the first few weeks of the year, will these continue, or are there headwinds?

Pacome: Well, over the last 30 years, we looked at the numbers, and we’ve seen four years where the market performed better than what it did this year. Interestingly, in three of them, and I think it was 1996, 2013, and 2019, the market ended up with returns in excess of 20% for the year.

However, there was one occurrence, which was 2018, where the markets started in an even stronger shape, and ended up as a negative year, which was disappointing.

So I think we should not put too much emphasis on this number. It’s been a good start to the year, it’s been good for investors, good for our portfolios, and we’re happy to see it. However, by itself, we don’t think it should be seen as having such a predictive power, for what the rest of the year will be.

Brad: And I would just add that, in terms of headwinds, there are always headwinds in markets, that’s the nature of markets. There are always risks. But our view is that the global economy is improving, that it’s catching up with the US, it’s already very strong.

That’ll be good for growth, it will be good for profits, and therefore good for risky assets. So, in that context, any minor pullback after such a strong start to the year would not be of concern to us.

About this update: This update was filmed on 21st January 2020. 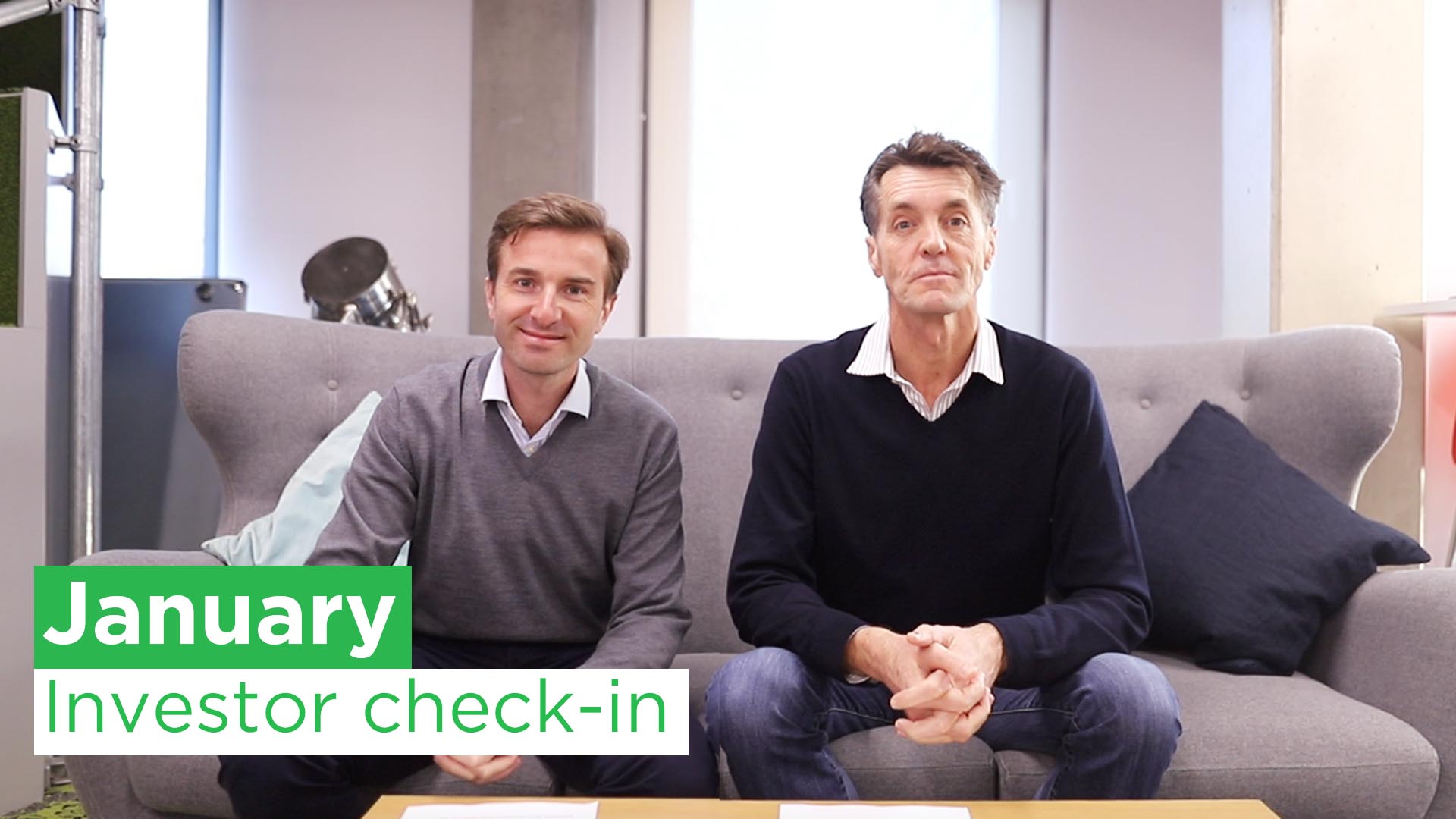