Kat Mann, head of PR and savings and investment specialist at Nutmeg, speaks with our chief investment officer, James McManus, about portfolio performance in March, a global equities recovery, a tougher time for bonds, and volatility in commodities markets.

Following Russia’s invasion of Ukraine at the end of February, how did equity and bond markets perform in March? Are there any signs yet of markets coming to terms with such significant geopolitical uncertainty?

While the conflict has continued to dominate headlines, we have seen global equity markets rebound from their lows at the beginning of March. That’s despite continued volatility in commodity markets, increased inflation expectations, and strong rhetoric from the US Federal Reserve on the need to raise interest rates further in the coming months in an attempt to bring inflationary forces to heel.

Japanese and Asia Pacific indices led the rally with returns of 5% and 4.6% respectively in March, while US and Canadian equities delivered returns just north of 3.5%. Understandably, it was a tougher month for Euro-Area equities, given their proximity to the conflict. Eurozone stocks closed March down –0.7% having also recovered from the worst of their losses, and we’ve seen European equities remain sensitive to any signs of a breakthrough in talks that could lead to a ceasefire.

Closer to home UK equities closed the month in positive territory with the FTSE 100 outperforming the FTSE 250 – home for mid-sized listed stocks – helped by its greater exposure to energy and mining companies.

The major underperformer was emerging market equities with losses of -2%, in March, trailing their developed market counterparts by just under -5% for the month, with Chinese equities falling just over -6%.

Away from equity markets, bond markets continued to suffer losses in March – UK government bonds down -2.1% meaning Gilts have started 2022 with their second-worst quarterly performance in the past 30 years. And despite improving sentiment for corporate bond investors, both investment grade and high-yield bonds again delivered losses in March.

What are the main reasons behind bond market underperformance in 2022?

Ordinarily, in volatile markets we would expect government bonds to perform relatively well given their safe-haven status. However, underperformance has continued to be driven by expectations for central banks to increase interest rates at a faster pace in response to increased inflation expectations.

Rising inflation is causing unease, with both the Bank of England and the US Federal Reserve (Fed) hiking base interest rates by a quarter percent during the month of March in an attempt to normalise the stance of monetary policy and slow price rises. Back in the autumn, we began to see the start of a shift in sentiment from investors and policymakers a to more widespread belief that inflation was to remain higher for longer.

US and UK central banks had previously suggested that inflation was something of a temporary concern, but supply chain challenges and demand for goods have been more persistent than expectations and labour markets have continued to strengthen. Coupled with the potential for commodities supply disruption from the conflict in Ukraine, this has meant expectations for a very gradual reversal of accommodative policy have been revised to a faster trajectory, raising bond yields and lowering bond prices.

Within our portfolios, we have held a much lower exposure to government bonds since 2020, when we raised our cash levels to reflect this, especially in medium-risk portfolios. To put this in context, we currently own around two-thirds of the bond exposure we would expect to hold in the long run. While this has been beneficial, clearly it wasn’t enough to completely protect the portfolios from a bond sell-off, especially in the context of tougher conditions for global equity markets in the first quarter of this year.

However, bonds still have an important place in multi-asset portfolios as a diversifier with low correlation to riskier assets. Government bonds in particular have offered formidable long-term portfolio support during periods of uncertainty and equity losses. Taking the worst 40 months of the S&P 500 over the last 15 years, UK Gilts generated positive returns 78% of the time, with a median return of 1.5%. So, despite recent losses and headwinds from rising interest rates, bonds still have a role to play in balanced investment portfolios.

How has the conflict in Ukraine impacted global commodity markets?

Russia is one of the largest commodities exporters globally – oil products and gas are important exports, critically to mainland Europe (around half of German households rely on Russian gas for heating), but Russia also exports many industrial and agricultural commodities, playing a key role in the global supply of metals such as palladium (around 40% of global supply comes from Russia) and wheat (where an estimated 30% of global supply comes from). Ukraine itself though also has an important role to play in agricultural commodities – it’s also a significant exporter of cereals, grains and wheat. When we look at the wider region, including neighbouring countries, there is also a large volume of fertiliser supply from that area of the world.

So clearly the potential for supply disruption in a key region for commodities exports has led to volatility in commodities markets. That disruption can come in the form of sanctions or policy changes which restrict exports, but also physical disruptions to the commodities supply chain that will struggle to operate as normal in a conflict zone. As such we have seen commodity prices rise broadly since the conflict started and remain at elevated levels – though volatility persists. And rising commodity prices add to the inflationary headache for policy makers and may well lead to further geopolitical risks as we see food and energy prices rise globally.

Did the team make any changes to the portfolios during the month?

We made a number of changes to portfolios in March. Following the invasion of Ukraine in late February, we adjusted our managed portfolios to reduce our exposure to European equities, in favour of greater exposure to both commodity focused currencies such as the Canadian, Australian and New Zealand dollar, and equity markets with significant materials, energy and financial sector allocations. That meant reducing holdings in European small-cap stocks and unhedged European equities, in favour of greater exposure to unhedged Canadian and Asia Pacific Ex Japan regions, alongside UK large caps.

About this update: This update was filmed on 5 April 2022. All figures, unless otherwise stated, relate to the month of March 2022. 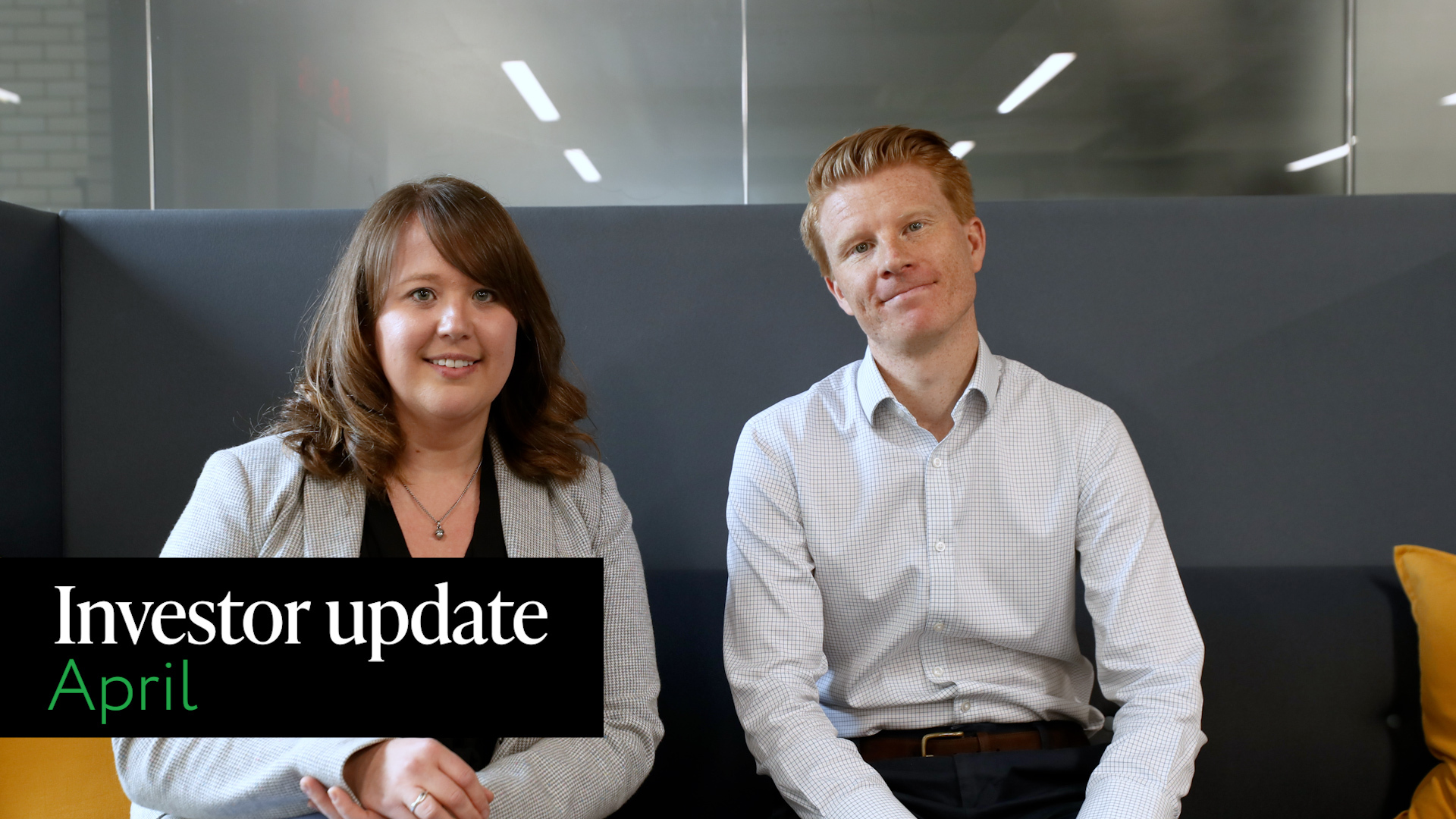