Expectations of US interest rate cuts saw equity and bond prices rise in July. The markets then took a hit in early August with Trump renewing China-US trade war tensions.

The markets were more stable in July compared to previous months. What has been going on?

July continued the theme we saw in June. In the markets, there’s been a tug of war going on. This is between the hope that the Federal Reserve will lower interest rates quite aggressively this year, and the negative news coming from the US and China trade talks. That hurt markets a lot in May, but in June and July the expectations of lower US interest rates have been driving markets. In July, we saw both equity and bond prices rise, with some good returns.

However, if we look forward to August, those concerns about the trade war have picked up again. That’s because Donald Trump has tweeted that he’s going to impose extra tariffs on Chinese imports into the US. And at the same time, the Chinese have retaliated by devaluing their currency. So the market theme and sentiment has shifted back to trade wars, rather than the expectation of lower US investment rates. That’s why we’re seeing lower equity prices into August.

So that’s China and the US. What’s been happening closer to home?

Obviously, we have a new Prime Minister. Boris Johnson has repeatedly said that the UK will leave the EU whatever the circumstances on the 31st of October.  This has raised the probability of a hard Brexit.

That’s really been driving the price of the pound lower. On the other hand, the UK equity market was one of the best performing developed stock markets in July, driven by the weaker pound.

Against this backdrop, how have Nutmeg’s fully managed portfolios performed?

However, in early August, a sharp fall in equity markets has reversed those gains.  For all but the highest risk portfolios, some of that loss has been cushioned by continued good returns from bonds.

If you go back to May and June we made some quite substantial changes to the portfolios. What we did was reduce our holdings in assets that are most exposed to a continuation of the trade war, namely emerging market equities and Japanese equities. And we’ve put that money into US equities. Now in July we’ve reduced our exposure to UK small and mid-sized companies, and put that into US and UK government bonds. That actually makes the portfolios quite a lot more defensive than they were at the start of the year.

This month our customer question was received by our customer support team. The customer asked if Nutmeg would offer a cash option that would allow them to move some or all of their pension out of investments and into cash. What would you say in reply?

I think unless you’re just about to retire and intend to buy annuity, it seems very unlikely that going into cash in your pension really makes sense. If you’re looking to try and time the market, we know from experience and from data that’s likely to reduce your long–term returns.

So while it feels really good to come out of markets when they’re volatile, it’s a very easy decision to make. However, what’s much harder to decide is when to go back into the markets. Often we find investors wait until the markets have gone back up to where they started from, and then they put money back in. That always leads to lower long-term returns. You are just crystallising losses. So if you’re trying to time the market because they seem uncertain or volatile, going into cash really doesn’t work.

However, if you’ve got a long time until retirement and you don’t intend to buy annuity any time soon, we suggest that you just continue to ride out volatility and ignore the daily noise you see in stock markets.

About this update: This update was filmed on 6th August 2019 and covers figures for the full month of July 2019 unless otherwise stated.

Risk warning: As with all investing, your capital is at risk. The value of your portfolio with Nutmeg can go down as well as up and you may get back less than you invest. Past or future performance indicators are not a reliable indicator of future performance. A pension may not be right for everyone and tax rules may change in the future. If you are unsure if a pension is right for you, please seek financial advice. 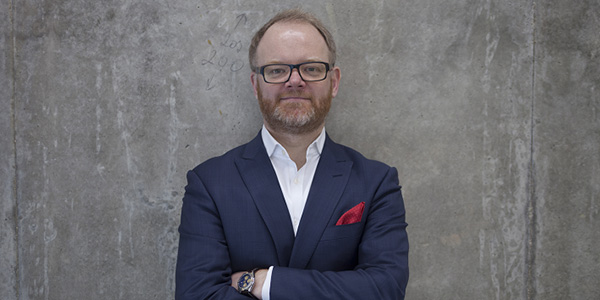