The coronavirus outbreak has left its mark on equity markets. Travel restrictions have disrupted Chinese New Year celebrations, weighing on the tourism and consumer goods sectors. But it’s too soon to say if the outbreak will have an impact on global economies. News is more positive in the US, where companies are mostly beating expectations with their latest earnings reports.

It’s been a very interesting month. We noticed a rise in volatility while trading. Can you let us know what’s been going on?

January started much as 2019 left off – really positive for global equity markets and developed market government bonds. But the month has been a tale of two halves.

In the second half of the month, what we saw was a rise in equity volatility related to the coronavirus issues that China is experiencing. And that really affected emerging market, Japanese and European equities. US equity markets held up relatively well, although to the end of the month they also joined in that risk-off sentiment. Meanwhile, developed market government bonds had a very strong month indeed, as investors sought a safe haven away from the equity market volatility.

The major mover of the month though was the oil price, down around 15% on the month. That again is connected to China. China is the world’s largest source of new oil demand, so any fears around the Chinese economy will affect the oil price.

Closer to home, the Bank of England didn’t raise rates, which they were expected to do in some quarters, so we had muted returns from gilts in the second half of the month.

How big a problem is the coronavirus for investors?

Well, we still don’t know how big the impact will be in terms of cases or fatalities,

but what we do know is that the disruption that we’re seeing in the Chinese economy, the travel lockdowns, the cancelled flights and so on, are going to start to weigh on Chinese economic growth.

We’ve already seen some economists come out and start to downgrade their growth expectations for the first quarter for the Chinese economy in 2020. Now in terms of what that economic impact is, there’s various ways we can start to look at it and model that. One way is to look at past epidemics, such as SARS, and also other instances where we’ve had, say, natural disasters, such as the Japanese tsunami. When we look at the SARS environment in 2002-2003, that had about a 2% impact on Chinese growth on a quarterly basis, so that quarterly impact was downgraded by 2%.

As markets are our concern though, when we look at history, what we see is that markets tend to be volatile in the ascendancy of the issue, but quickly readjust once they’re confident that there’s some containment. At the moment, we think the virus is relatively contained and it remains a China-centric issue from an economic standpoint.

There are secondary effects for other Asian nations, those that in particular are impacted by Chinese tourism, but, outside a major escalation, we don’t see this as being a medium-term global economic issue.

So, this is another situation where the Chinese economy is impacting the global picture?

Well the timing has been really unfortunate, because it’s come at a time when we’ve just started to see the green shoots of an economic recovery in some of the data in China. It’s also unfortunate that the travel restrictions have come around Chinese New Year.

Chinese New Year is a really important time for several of China’s larger industries, the consumer-focused industries such as leisure and travel. And it is going to be disruptive to their near-term growth. Investors are recognising what has been a fragile recovery so far might be further disrupted by the issues in China if it can’t be contained.

China is an important part of the global trade infrastructure, but we think the virus is relatively contained to China at the moment, and therefore we won’t see confidence in a global recovery start to unwind too much at this stage. But markets don’t like uncertainty. And that’s the reason we’ve started to see a rise in volatility.

It’s worth also worth mentioning that we remain in the midst of an earnings season in developed markets. US and European companies are currently reporting their earnings for the final quarter of 2019. When we look at the US, what we see is that 45% of companies in the S&P have reported so far and 69% of those have reported earnings per share growth in excess of what was expected. So, a decent set of earnings, and a lot of investors will be looking at the strength in the US economy, rather than what is hopefully a temporary slowdown to Chinese economic growth.

Have you changed the positioning of the fully managed portfolios as a result of what’s been going on?

We haven’t changed positioning this month, and that’s largely because we’ve been happy with the way that portfolios performed. You might remember back in December we made a number of changes to align portfolios to our view for the start of the year, and actually we’ve been very content with how those portfolios have been structured.

That’s not to say there won’t be changes. One of the things that we’re doing every day is looking at modelling different types of economic scenarios and how that might impact our portfolio positioning.

How have the Nutmeg fully managed portfolios performed this month?

This month’s customer question comes from Kevin on Facebook, who asks: “Do you think it’s worth having a European equity index in a pension pot?”

European equities are a core part of Nutmeg portfolios, but at the moment in our fully managed portfolios we own less than we typically would expect to do over the long term, and that’s really for a number of reasons.

The first reason is the lacklustre state of growth in the European economy. Growth has really been stagnating in the Eurozone of late. The GDP numbers that were released for the final quarter of 2019 came in at just 0.1%, so the growth was almost flat in the final quarter last year.

Part of that is driven by underlying issues with politics. The EU is not immune to the Brexit disruptions that the UK economy has also faced. Populist policies continue to be popular – not particularly pro-business, or business-centric party politics. Also, the French economy has seen some really significant strikes in its industrial base that have been quite damaging to activity.

The second reason is the sectoral makeup of European equities. Financial services companies are the largest sector in European equities. Banks are a major source in Europe of credit to consumers and businesses, but what we haven’t seen in Europe, unlike their American cousins, is banks solve their bad loan books. We’re still seeing banks having issues with bad loans. Just last week we saw six European banks fail the EU-wide stress test that is designed to ensure that they can withstand another economic downturn.

On top of that, President Trump has been spoiling for a fight with the EU on trade. Tariffs were implemented last October in response to the Airbus scandal on a number of French goods, and on top of that the US has been threatening tariffs on the all-important Euro autos industry in response to a French digital tax. Until we see a firmer pickup in trade, until we see positive signs of a resolution in some of these issues, we prefer to seek our equity exposure outside of Europe, particularly in economies such as the US where we think the economy is still in robust shape.

About this update:  This update was filmed on 4th February 2020 and covers figures for the full month of January 2020 unless otherwise stated.

Risk warning:  As with all investing, your capital is at risk. The value of your portfolio with Nutmeg can go down as well as up and you may get back less than you invest. Past performance and forecasts are not reliable indicators of future performance. 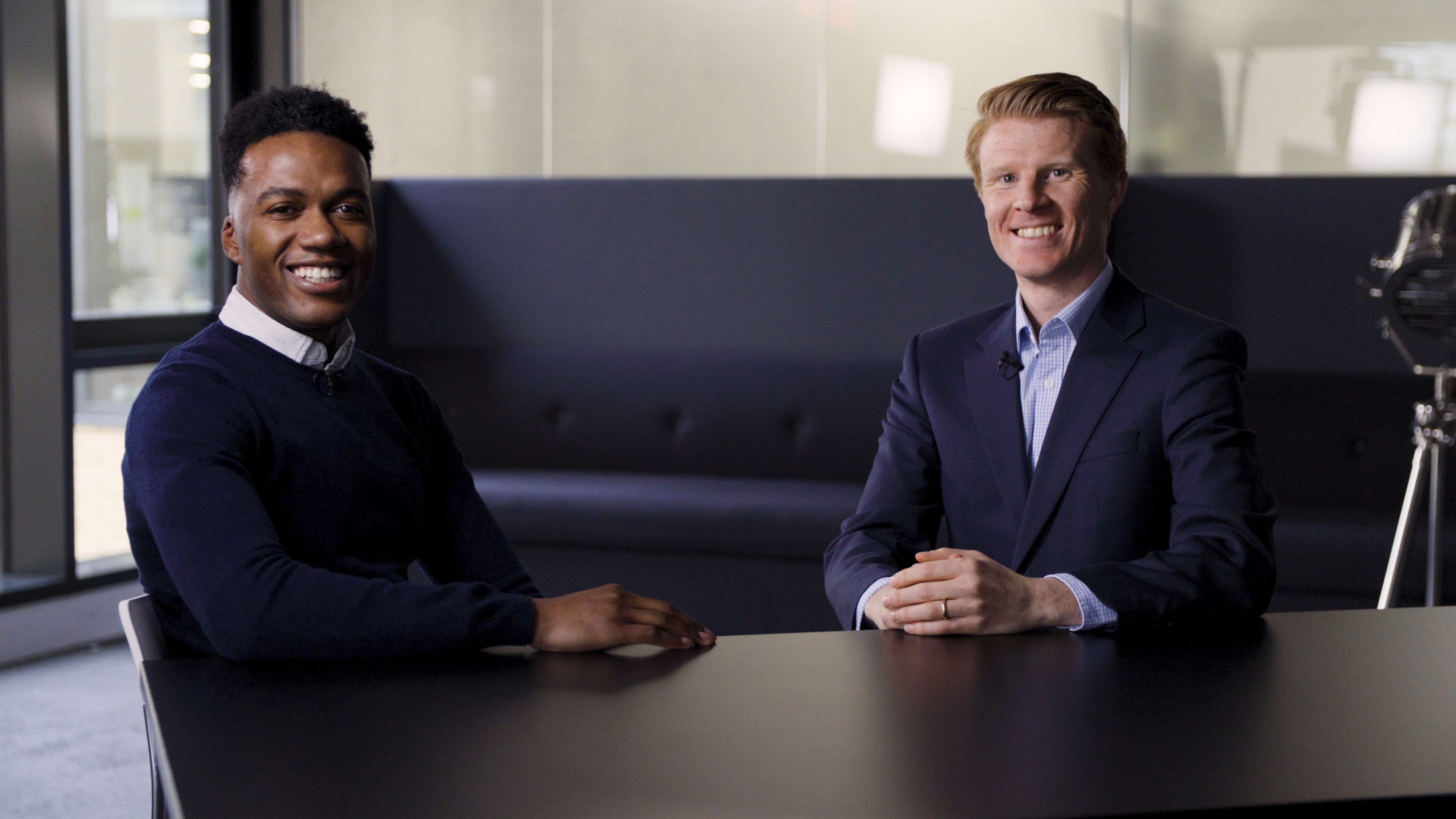