In this month’s investor update, head of brand design, Tapas Sharma, speaks with our director of investment strategy, Brad Holland, about portfolios in June. They discuss why the FTSE 100 is holding up better relatively than other global markets, the consequence of rising bond yields, and the trades the Nutmeg investment team have made for the months ahead.

June was another volatile month for equity markets. Can you run us through some of the key figures?

It was a negative financial market mood again in June with world equities down almost 9%, to be down 20% year-to-date. The UK’s own larger company index, the FTSE 100, fell 5.5% on the month; to be the best performing equity index -year-to-date; down 1%. The key reason for the UK’s better performance is the 10% depreciation in pound sterling this year, which has boosted foreign earnings of these UK companies, in particular pharmaceutical companies.

It’s also worth pointing out that Chinese equities had a positive month, up 6.7% with that index now down only 10% year-to-date. I say ‘only’ because in April it had been as much as 33% lower than its 2021 peak, with Chinese tech companies in particular suffering from the Communist party crackdown on data ownership. The Covid lockdowns didn’t help matters. Both those negatives have eased of late, and Chinese stocks have retraced some of that loss, as have wider emerging market equity indices.

So, what’s been behind these volatile conditions in June?

World equities have seen four distinct periods of weakness this year, each of them associated with rising US bond yields. That was true in June. Rising bond yields happen as bond prices fall, so these episodes have seen both bond and equity assets lose value, making it a difficult investment environment.

Bond markets in all countries have weakened this year as central banks seek to extricate themselves from the emergency easing conditions in place since the 2008 crisis; and extended more recently during the Covid crisis. The policy intention had actually been to create inflation, but policy makers have been taken aback by how much prices have actually risen. Obviously, the supply problems post-Covid reopening and the food and energy price shock from the Ukraine conflict have added to the inflation pressure – it’s not all been down to monetary policy.

Given these conditions, did you make any changes to the portfolios in the past month?

We trimmed our excess exposure to US equities and UK mid-cap equities in favour of UK large-cap and Canadian equities – both of which have large financial and commodity sector exposures.

These markets are expected to benefit from tighter monetary policy and the ongoing recovery in global trade – particularly as China opens back up. And on that front, we have removed our emerging market underweight, as we see the several headwinds for emerging markets abating; not least China’s economy emerging from strict Covid lockdowns.

We’re half-way through the year, and recession remains a very real possibility – though I understand it’s not your base case scenario. What’s next for investment markets?

Stock market sell-offs typically happen before economies enter recession, and the roughly 20% loss in equities we have already seen would certainly qualify as a recession indicator, even if it doesn’t guarantee a recession will occur. Even if the economic data does go on to show recession over the next year, that does not mean stock markets need to fall further. Not at all.

A key deciding factor will be the outlook for inflation. This will determine how hard central banks feel they need to tighten policy in order to get underlying inflation back towards 2%. You’ll remember that the Bank of England Governor Andrew Bailey said in February that workers should not seek excessive wage claims. That didn’t go down very well. And it seems this warning is being ignored by large chunks of the labour market.

That brings us nicely to our client question. A client asks: “There seems to be a broad movement for employees to seek wage rises in line with the high inflation. How will financial markets respond to this?”

In principle, if wage rises of any size are linked with productivity agreements, they will not be inflationary. This kind of wage rise is a win-win. The employee gets the higher income to match the inflation and the company gets the productivity boost which benefits profitability. And anything that benefits productivity is good for equity markets.

But to the extent that wage demands set off a wage-inflation spiral, where employers seek to pass on the higher wage cost to their customers, then those wage claims will be more economically disruptive. Not least because central banks will be forced to stop the spiral by much tighter monetary policy, inducing a recession in the demand for labour i.e. rising unemployment.

Now this idea of rising unemployment provides a good link to quickly remind ourselves of a key reason why inflation today is so high, which is the massive support governments put into economies in 2020 and 2021 to offset the impact of Covid shutdowns. A big part of government policy was to maintain household income when many workers were threatened by unemployment due to the shutdowns.

The UK’s furlough scheme was an obvious example of that, right?

Yes, in the UK, 12 million people had their wages paid by the government. Quite extraordinary. So that massive cost of unemployment was avoided, but a cost hasn’t been avoided altogether. Incomes were protected but the ability of the supply side of the economy to deliver was not. That’s something governments couldn’t do; synchronise the restart of global production to perfectly match the pent-up-demand that had built up over previous two years. And so the cost we have eventually borne is the current spike in inflation.

The bond market and all central banks view this resultant inflation surge as temporary – as do we here at Nutmeg. So, for a lot of people, an alternative narrative on the current period of price rises might be that this is a better price to pay than losing their jobs over Covid. At least that is true for the 12 million people who received furlough payments. The key message Andrew Bailey was trying to get across in February, was that wage rises outside of productivity gains will ultimately lead to higher unemployment – which was the cost that the government sought to protect us from in the first place.

About this update: This update was filmed on 5 July 2022. All figures, unless otherwise stated, relate to the month of June 2022. 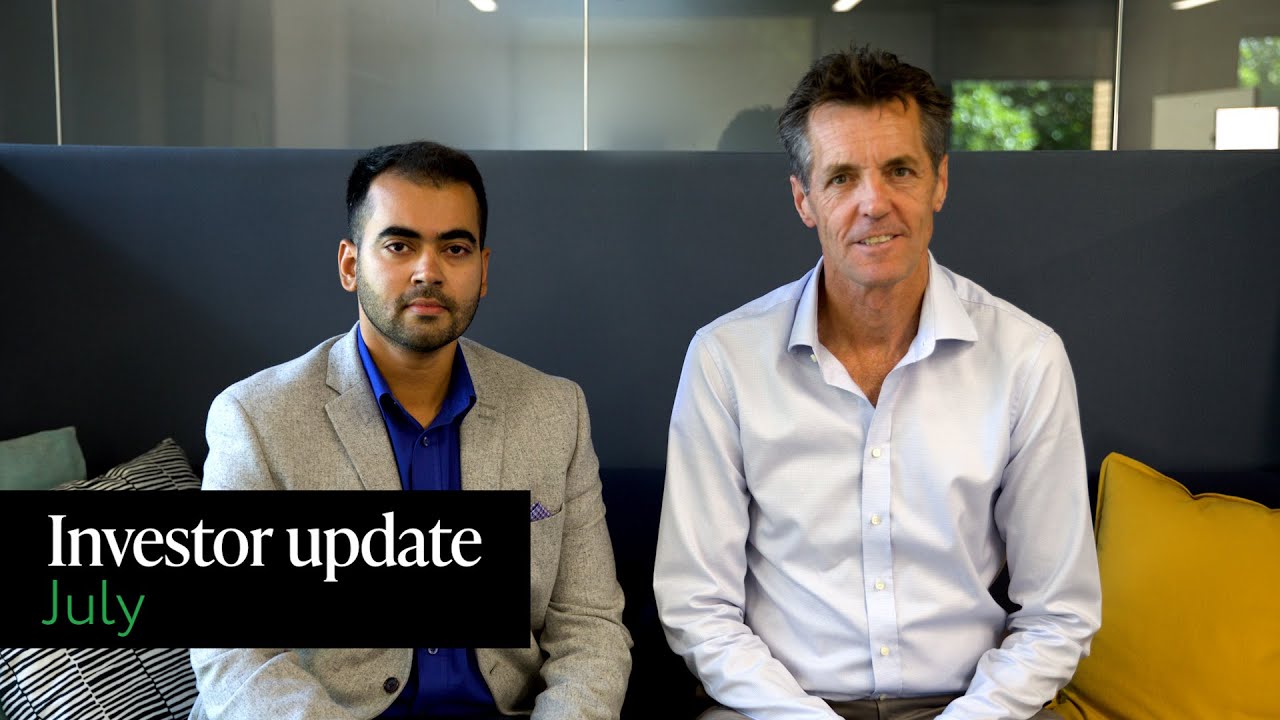