In this month’s investor update, our CRM manager, George Santa-Olalla, speaks with our director of investment strategy, Brad Holland, about how the continued easing of lockdown measures in global economies has impacted the markets in May. They also discuss market volatility, particularly in the Nasdaq and emerging markets, and our latest views on developments in cryptocurrencies, as well as taking a look at our portfolio performance.

With further easing of lockdown measures in many global economies in May, how did the markets perform in the month?

European stock markets were the star of the show in May, up over 3%, while US large cap stocks were only up by 0.5%. US technology stocks were down just over 1%, and US small cap stocks were flat. UK large and medium sized companies were both up 1%. Emerging market equities traded heavily initially, with greater-China markets the main drag, although this improved as May came to an end, and the broad emerging markets index finished up a few decimal points. Brazil and India were up over 5%.

Commodity prices had a good month, rising 4% overall, while the gold price was up around 8%. Gold did well as global inflation expectations rose for the fifth consecutive month and the US dollar approached seven-year lows. This dollar performance can really only mean one thing – inflation is in the air as economies begin normalising after Covid-shutdowns. Bond markets, having consequently had a fairly poor year, pretty much consolidated in May.

So, the big picture is that the “opening-up of trade” – as the normalisation has been called – has seen developed equities up over 10% year-to-date. And bond markets are down between 3% and 8% so far in the year.

You mentioned emerging markets and Nasdaq stocks were key drags in May, but the investment team has been favouring those markets for a while. What’s going on there?

We shouldn’t get too caught up with month-to-month volatility, but it’s certainly something we are watching. Year-to-date Nasdaq and broad emerging markets are both up just over 6% – compared with around 11% for developed market large cap equities. There is a definite underperformance since January, but market performance is comparable over one year, with forty-plus percentage point gains.

We like technology stocks long term because of their profit margins and because of the ever-deeper penetration of technology into the fabric of the modern economy. Sure, we expect regulations and global tax reform to trim these tech-company profit margins, but they will remain wide. As long as the global economy continues to expand – which is our view – these companies will enjoy strong business environments.

There is always a question about valuations, and we watch this closely to see if it presents shorter term problems. Micro-chip supply shortages are another interesting problem, as 5G and clean energy demand really ramps up. But we don’t see this as a relative weakness for companies that sell technology – quite the reverse.

Now, with respect to emerging markets, they would also normally be expected to benefit from a normalisation process, which is why we have a slightly bigger position there. This year, Chinese stocks, in particular, have been a dampener as tech companies have had to adjust their growth models to suit the Chinese Communist Party.

We keep all our positions in the fully managed portfolios constantly under watch, but continue to see global cycles rising in sync. That’s a good thing for commodity prices and global trade; environments where emerging markets should do well.

Can you tell us a little bit more about global cycles rising in sync?

Yes, one of the things we’ve been looking out for over the past 12-18 months or so is when the manufacturing and construction cycles would synchronise. They did so last autumn. And then there was the relative growth trajectories of the US economy and the rest of the world. When would the obvious rebound in North America also be seen in other countries? Services sectors were key to this, and these began to recover early in 2021. So, by early 2021, global industrial, construction and services sectors were all growing. This has led to a lift-off in global trade and commodity prices – both of which had been at depressed levels in 2020.

The supply bottlenecks that we hear so much about at the moment are a direct cause of this rapid synchronised improvement. We don’t think they are a big concern; just teething pains as the global economy cranks back up.

How have Nutmeg’s fully managed portfolios performed in May?

Well, portfolio performance was pretty flat across the board, with middle-risk portfolios up about 0.4%.

Were any changes made to Nutmeg’s fully managed portfolios in May?

No, none at all. We continue to be slightly overweight equities at the expense of bonds and have a small gold position to add further inflation hedge as well as to offset what we believe to be a weak dollar environment.

This month’s customer question is about Bitcoin. Susan asks, “I’ve read your blog on Bitcoin and the current crypto scene. You seem quite sceptical. Don’t you think you are underestimating the future importance of digital finance?”

But of course, we fully accept and understand that digital ledgers and currencies are the way of the future. What we are living through at the moment is similar to the 19th century American wild-west rush for land and gold. It’s a bit of a no-holds-barred period of discovery. There is so much at stake; the prize of getting in early on the global currency is immense. It’s just that the winning technology has not yet revealed itself.

One thing we do know, is that regulation is on the way and that central banks are developing their own digital systems. The Chinese authorities are very progressed on this and are increasingly clamping down on mining and speculative crypto activity.

The FCA is currently consulting on high-risk investments, such as crypto, that could be causing consumer harm and/or undermining regulatory scrutiny. If the idea of proper regulation is such a concern for the advocates of these assets, people should really question why. So, we think there is currently too much uncertainty in this space, but we also think it will become a lot tamer and transparent over time.

About this update: This update was filmed on 02 June 2021. All figures, unless otherwise stated, relate to the month of May 2021. Source: MacroBond, Nutmeg and Bloomberg. 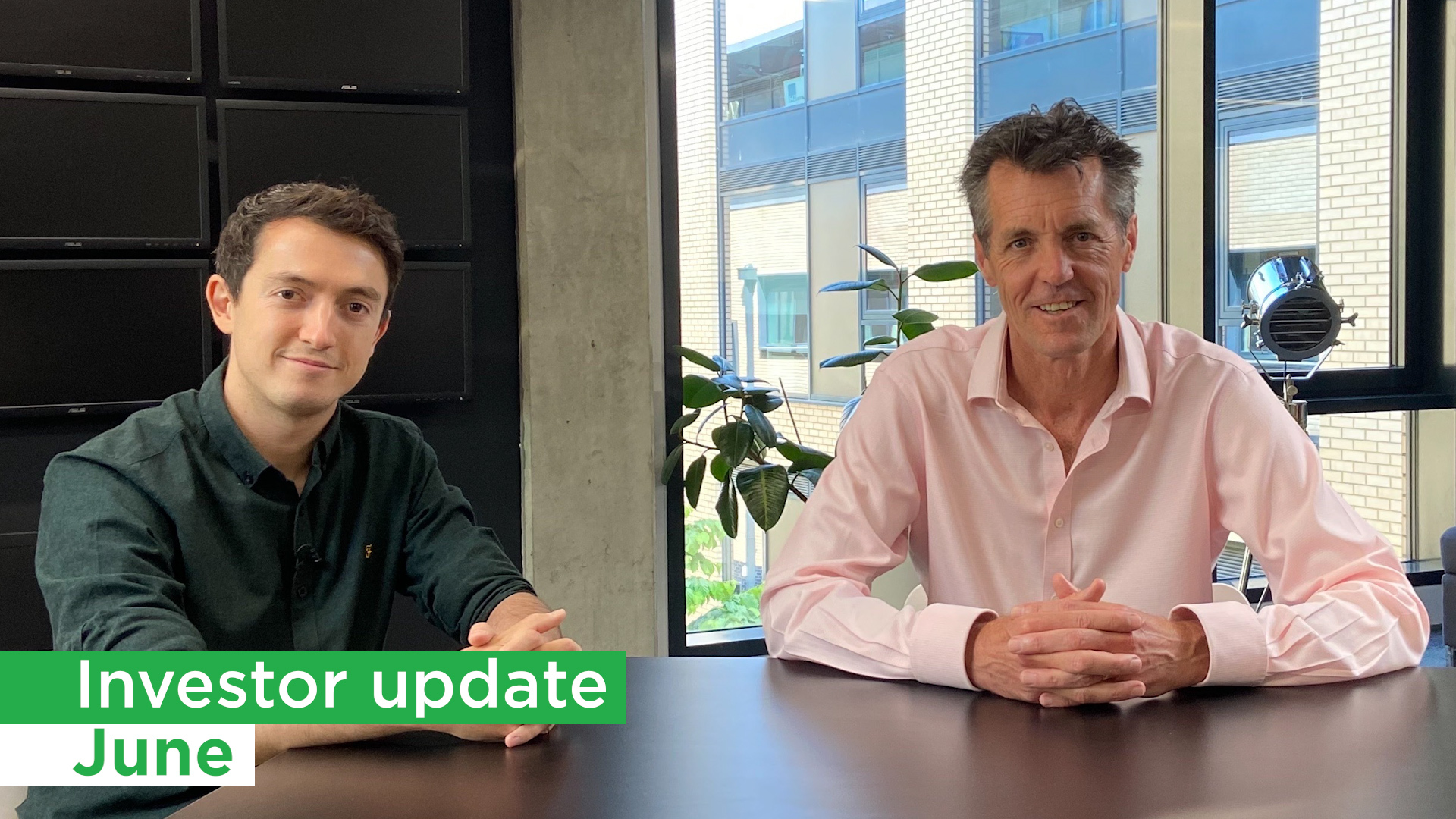