In this month’s investor update, investment writer, Gary Shepherd, speaks with our chief investment officer, James McManus, about markets in May, ongoing inflationary pressures and the key data that may, or may not, indicate the likelihood of a recession in the coming months.

May saw some further volatility in equity and bond markets, but they finished the month with a late flourish. Where did this leave us overall for May?

It has been another volatile month for equity assets, with global developed market equities at one point down over -5.5% in May, but recovering strongly in the final weeks of the month to deliver returns of –0.5% in GBP terms. Emerging market equities also finished May with losses of –0.20%, despite a strong final few days of the month in Chinese equity markets.

Away from equity markets, UK and US government bond markets posted negative returns during May, as did investment grade corporate bonds. High yield bonds however, benefitted from the late flourish in equity markets and closed the month in positive territory.

Meanwhile, crude oil saw among the most significant gains, with the price of brent crude rising over 18% in May alone.

The topic of inflation continues to dominate both the headlines and investors’ thinking. What is the data telling us about the trajectory for inflation in the coming months?

Central banks have continued their tightening of monetary policy, but it’s possible we’ll look back at May as being a really pivotal point in the inflation story. I say that with the caveat that clearly things can change that are beyond our control – much as the invasion of Ukraine introduced fresh inflationary forces earlier in the year.

But, as we have discussed before, our expectations have been for inflation to peak in the second quarter of this year in the world’s most important economy – the US. That’s aligned with the views of the Federal Reserve also, and in May we have seen their preferred measure of inflation – core personal consumption expenditures – moderate somewhat from its February peak following a very slight fall in March. It’s still elevated, at 4.9% over a year ago, but is no longer accelerating and so we may in fact look back on this as the first signs of a turning point for US inflation, and critically if we see further progress for investors’ expectations of inflation.

That said, as we have already mentioned May saw a continued upward move in core energy prices too, which of course will find their way through to future inflation readings. While not a large enough rise to drive a significant climb in inflation readings, we do need to be conscious of positive impulses too, as rising energy prices have a huge impact on overall, rather than core, inflation figures.

So, encouraging signs in the US data, but is the same true in Europe?

The answer is that unfortunately May brought inflation surprises of the wrong kind in Europe, presenting a headache for policy makers and consumers alike. Most notably, UK inflation reached its highest level since the very early 1990s, continuing its upward trajectory and delivering the largest year-over-year price rises of any major developed market country in April.

We must recognise that the UK inflation number was significantly affected by the energy price cap rise and the end of a temporary VAT cut for the hospitality industry in April, but with services inflation running at more than double the Bank of England’s inflation target and wage growth remaining elevated, the Bank of England will need to continue to balance risks to growth with the risk of embedded price increases.

Meanwhile in Europe, a swathe of inflation readings came in higher than market expectations towards the end of the month – the aggregate EU inflation reading coming in 0.2% higher than expectations with Spanish and Italian key contributors to higher inflation. That has led investors to question whether the European Central Bank will be more active in its policy stance this year, having been relatively sanguine about inflation risks in comparison to the Federal Reserve and Bank of England in recent months.

Away from inflation, with much made of recession fears of late, what is the headline data telling us about the health of key economies in May?

China reopening is a key part of the reason why oil prices are moving, and of course oil remains sensitive to any further sanctions or embargos such as the one agreed by the EU. China’s zero-covid stance has cost the economy dear in recent months, and we’ve seen that impact through depressed services and manufacturing activity. But the light may be at the end of the tunnel as Chinese policymakers ease restrictions and boost stimulus in an attempt to kickstart the economy again.

In the US, official data shows the economy shrank -1.5% in the first quarter of 2022, hindered by a drop in exports and slower restocking of goods. But recent data has continued to be supportive of strong underlying economic activity, both within manufacturing and service sectors, but also in terms of consumption. US consumer spending rose by more than expected in April, while March’s spending was revised higher – serving as an antidote to the poor earnings announcements of some US retailers.

Elsewhere there remain positive indicators on the health of labour markets, while we have been encouraged that business confidence measures in the Eurozone have held up, despite significant headwinds in recent months.

Did you make any changes to the portfolios in May?

We made one small change in the fully managed portfolios in May where we realigned some of our UK equity exposure – reducing holdings in the more domestically oriented FTSE 250 index and adding to our holdings in large-cap UK equities. The FTSE 100 index has a favourable sector exposure in the current environment given its weightings in energy, mining and financials.

It’s been a challenging year so far for socially responsible investing (SRI) with many portfolios focused on ESG alignment underperforming. What are some of the reasons for this, and how do you see the longer-term story evolving?

ESG funds by design should have high standards (along with strict restrictions) for companies with regards to their different climate-related metrics. As a result, they tend to carry close to zero exposure to the oil and gas industries and much lower allocation to energy, materials, and other commodity related sectors than their comparable broader benchmarks.

As of the end of May 2022, the highest-risk Nutmeg SRI portfolio had 1.2% exposure to the energy sector, compared to 5.7% in our equivalent non-SRI fully managed portfolio – meaning SRI has only one-fifth of the fully managed energy exposure.

Commodities had already started the year positively before the outbreak of the war in Ukraine, which then exacerbated prices rises dramatically – we’ve seen natural gas and crude oil prices spike in 2022, with the key beneficiaries the oil and energy majors that produce and distribute these commodities.

It’s worth acknowledging also that there is a more pronounced effect for UK-focused investors too. While the allocation to energy as a sector is largely limited in US equity indices, it’s a bigger part of other markets – especially the UK where BP and Shell are two of the largest listed companies by market capitalisation in the FTSE 100, and where miners such as Rio Tinto, Glencore and BHP Billiton also reside. That means SRI portfolios with a UK home bias such as ours have seen a bigger effect given the UK’s markets larger energy and mining allocations.

Read more: Why SRI portfolios have underperformed in 2022

About this update: This update was filmed on 7 June 2022. All figures, unless otherwise stated, relate to the month of May 2022. 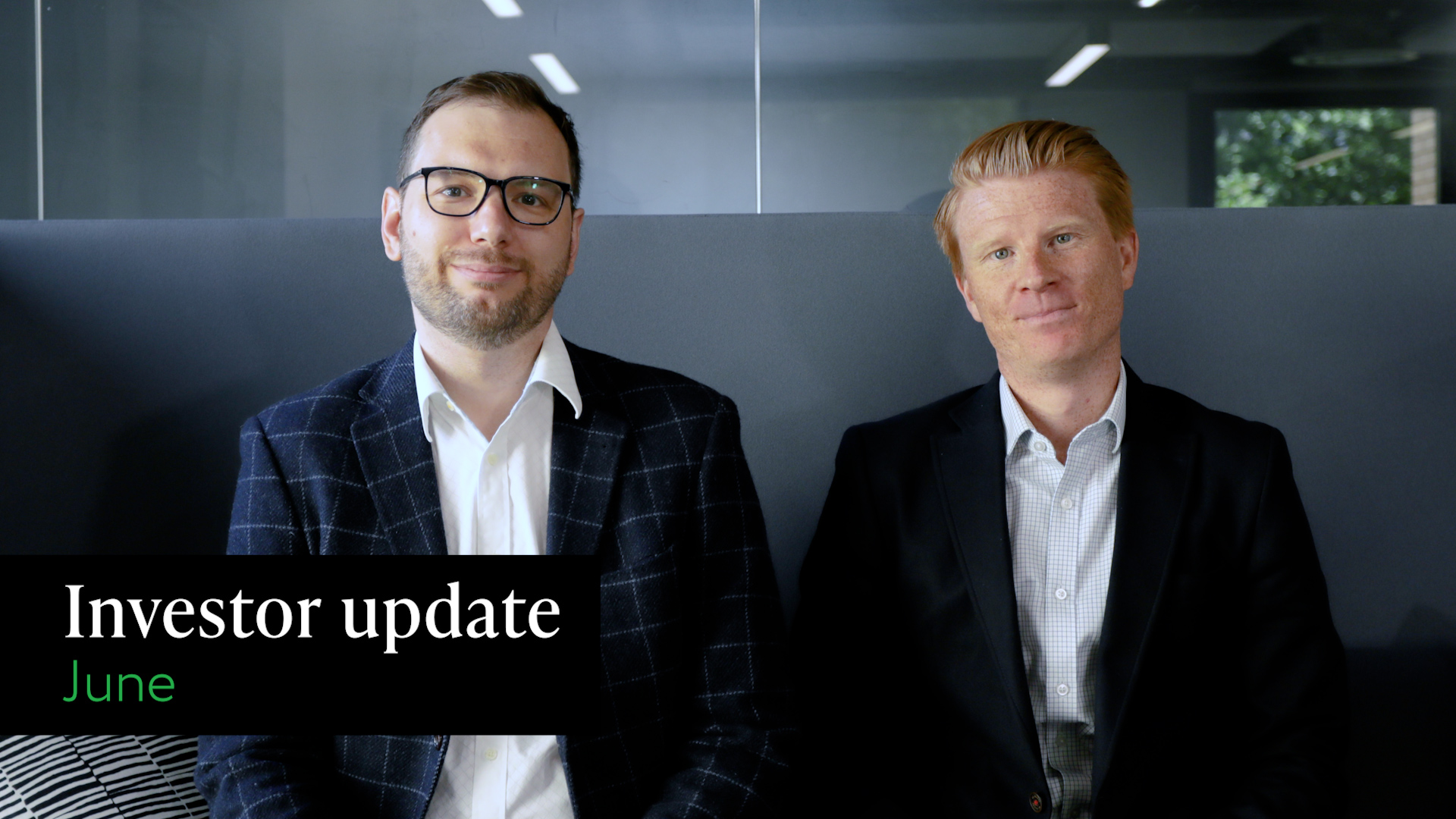