February was a difficult month for markets as the spread of the coronavirus led to a fall in global stock prices. In this update, we analyse the market reaction to the virus and explain how we positioned our fully managed portfolios in response.

Equity markets were weak in January and in February they finished really poorly. Why is that?

At the end of January we saw a rise in equity market volatility, as the coronavirus started to have an impact on emerging markets. But at the time, US and European markets held up relatively well. They appeared relatively relaxed about the economic impact of the virus.

If we move forward to the end of February, the coronavirus turned up outside of China. It spread, with cases being reported further afield in Italy, South Korea and Japan. This had a significant impact on equity markets around the world, which ended February down 8.5%.

In the year to date, US equities were down 8%; the UK, more out of favour, down 12%; and European and Japanese markets were down between these two. Bond markets ended February at extremely low levels of yields, on a cyclical basis, but the normal cycle is not now the main preoccupation with markets. They’re concerned on the one side by the size of the structural output shock that may result from the shutdown and, on the other side, by the likely positive impact of any government policy response.

The news headlines this month have been dominated by the coronavirus, but what other factors are influencing the markets this month?

If we look at the US S&P 500 stock index, it’s important context to note that the index was at an all-time high as recently as 19th February. Although some in the market were asking questions about valuations, there were good reasons for those valuations.

The US economy has been the strongest among the major economies, and data since the new year confirms that strength. Manufacturing and trade-related data in other parts of the world were beginning to improve over the new year. This was a real tonic after an 18-month slide in that data. With the US-China trade issue resolved for now, there was a sense that global economic growth would strengthen.

Closer to home, the UK-EU negotiation positions were published on the last week of February, which didn’t make as much news as they would otherwise do, due to the corona story. But the hard bargaining has now begun in March, and it will be tough to reconcile the two starting positions. That, no doubt, will be a bigger news story, and a bigger investment story in the second quarter.

What impact economically do we expect the coronavirus to have?

Well that is the trillion-dollar question. Looking at the virus itself, the latest medical and scientific indications suggest it is not a significant danger compared to other flu-like viruses. It’s a relatively mild virus in 80% of cases, and the other 20% experience quite low mortality rates. The issue is the uncertainty around the economic disruption. And that uncertainty could result in a much bigger market impact.

But the temporary policy response could also be larger, which will help offset the macro impacts. So overall, we expect this to be a testing time for some investors. In the past, Nutmeg investors have responded extremely well to episodes of market volatility, understanding that volatility is part of the long-term investing experience. And there’s more about that topic on our blog, if investors want to read more on it from the investment team.

What portfolio changes have been made in February?

As the investment team actively managing customer portfolios, it’s our job to remain focused on the medium-term economic environment, and assess short-term news flow for its value in providing new information. The new information at the end of February led us to slightly increase fully-managed portfolio exposure to government bonds, which helps offset equity volatility.

Now overall, we remain very slightly underweight normal allocations to equity markets. And within that allocation, we keep our heavy overweight to the US market, which is both the strongest underlying economy and has the greatest flexibility to ease policy.

So how have the Nutmeg fully managed portfolios performed this month?

Bearing in mind the 8.5% fall in equity markets in February, the fully managed portfolios fell 4.5% to 5% in the mid-risk, and 8% in the higher risk portfolios.

This month’s customer question comes to us from Facebook. “Do you think the hysteria around the coronavirus is more dangerous than the virus itself?”

If we consider the media coverage of the coronavirus alongside other flu viruses, some may view it as an overreaction. But there is heightened uncertainty due to the speed at which this virus can spread, since carriers don’t necessarily show symptoms. And there’s also no doubt it’s a big, emotional news story. Very sadly, many have died – although, again sadly, much larger numbers die of flu every year.

Now as for the market reaction, certainly the last week of the month was a record week of losses and incredible turnarounds of industry and market opinion. I certainly wouldn’t call that hysteria. But I would say that markets always react to new news. It just happens that the news in the last week of February was uniformly negative.

We are beginning to hear about government policy responses, and that should bolster market sentiment. The official medical crisis response, and how quickly the virus spreads,

will dictate the sentiment going forward. We believe that governments are not only committed to minimising the spread of the virus, but are also committed to achieving economic growth targets. These two policy responses together should improve market sentiment over coming months.

About this update:  This update was filmed on 3rd March 2020 and covers figures for the full month of February 2020 unless otherwise stated. 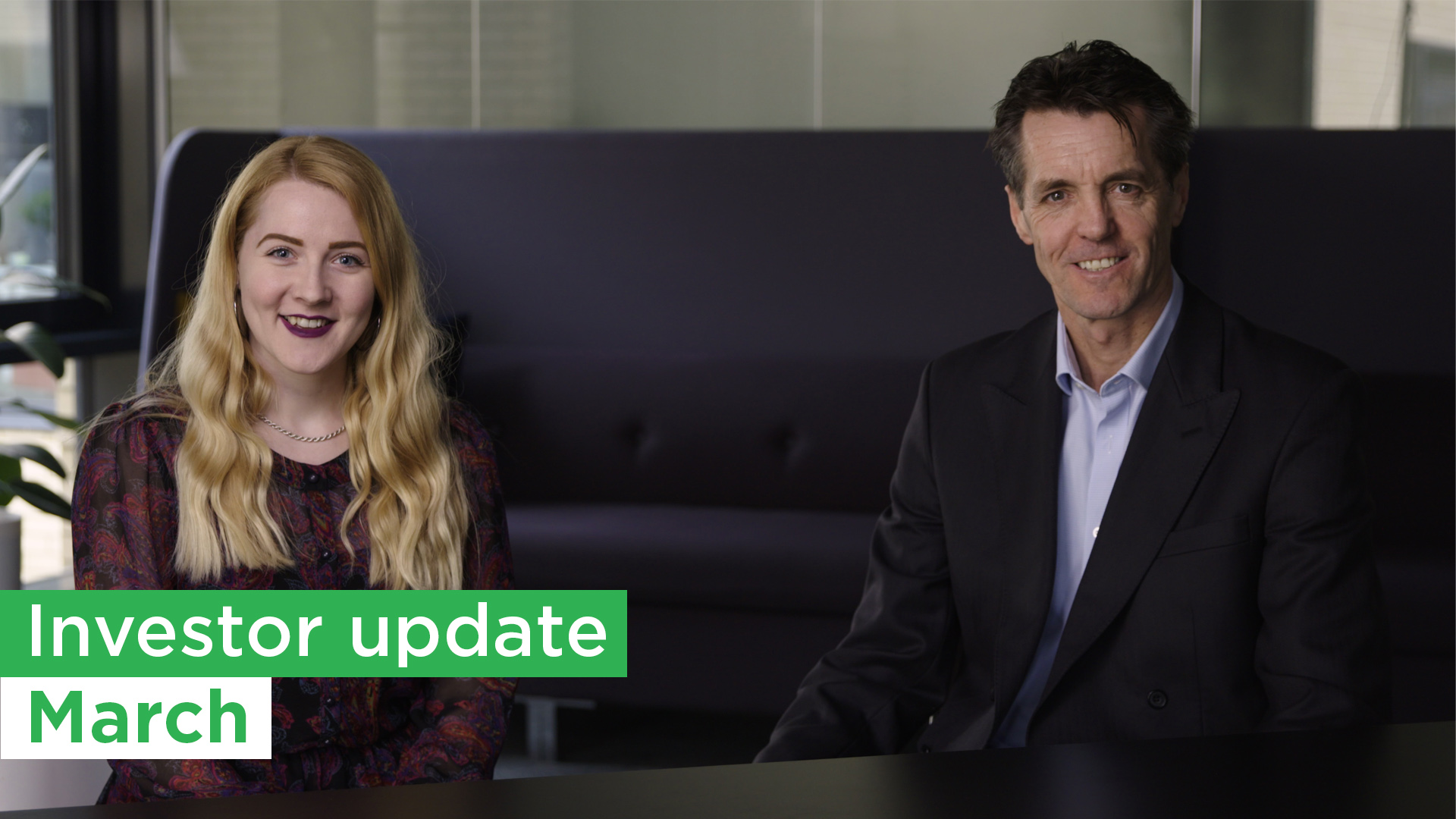