Tapas Sharma, head of brand design at Nutmeg, speaks with our director of investment strategy, Brad Holland about portfolio performance in February, the impact of the long-feared invasion of Ukraine by Russia, and what this has meant for equities, bonds, and commodities markets.

How did markets perform in February, and what impact did Russia’s invasion of Ukraine have on equities and bonds?

Global equites were down -2.5% in February, with a particularly volatile period coming at the end of the month following Russia’s invasion, a terrible development that impacts the whole of Europe and beyond. Considering a poor January, that left global equities down -7.6% over the first two months of the year.

Understandably, Euro-area stocks fared the worst, and were down -5.2% during February, and Nasdaq (US tech stocks) were not far behind at -4.5%, and year-to-date registered -12.7%.

Within fixed income, real and nominal 10-year bond yields rose 30 basis points – or 0.3% – to the end of February. A rise in yields equates to a fall in bond prices. Central banks outside of continental Europe continued to talk to the market about their plans to normalise monetary policy by raising short-term interest rates and reducing their balance sheets over time by selling bonds. That weighed heavily on bond prices in February.

Governments have seemed to cooperate in their response to the war in Ukraine with strict economic sanctions. How has this impacted different investment markets and asset classes?

All governments are trying to walk a fine line between coming down hard on Russia while ensuring sanctions don’t cause too much damage to their own economies – an example of this was the initial attempt to maintain Russia’s energy exports. It’s an awkward reality for the global system and one which President Putin seeks to exploit.

As previously mentioned, European markets were the worst hit following Russia’s invasion of Ukraine in the final week of February, underperforming UK, US and Asian indices. Investment market response has also been characterised by higher energy prices, a stronger dollar, and some outperformance by US and Japanese small cap indices.

That’s an interesting development as it shows a focus on more local conditions. Certainly, the US domestic economy has remained very strong into 2022. And although many other countries have faced Covid-mobility restrictions as well as higher energy prices, the underlying economic data continues to look positive.

One other response has been for money markets to reduce the amount of monetary policy tightening that had been priced-in to most regions prior to the invasion. This is likely one reason smaller companies have fared better in some markets; the idea that easier policy is here for longer.

And what about investors and clients, what should they expect?

I mentioned in our View from the Investment Desk that volatility is part of the investor journey and that geopolitical risks are ever-present in markets. And I was encouraged that our clients endorsed this idea in their YouTube comments. There was a real connection with the idea, based on historic drawdowns, that, 9-times-out-of-10, a global equity loss of 15%, for example, would be expected to get back to the high-water mark in under 10 months – which is much shorter than most investor timeframes. We saw clients recommending each other to stay the course and not lock in their losses. It’s good to see that come from the investor base; it’s the message we try to reinforce all the time.

The message for clients is that the Nutmeg investment team is working hard on their behalf; doing the worrying for them so to speak. No-one knows what Russia’s President Putin will do next, so we continue to manage portfolios in light of what can be known. That is, firstly, geopolitical shocks tend not to have lasting impact on markets. And secondly, as has been mentioned, the underlying macroeconomic narrative is a positive one. All this doesn’t suggest, of course, that nothing of a long-lasting nature will result from the current crisis. Together, with the changes being pressed inside China, current geopolitical pressures will indeed have structural impacts. But these need not be damaging to the medium- and long-term investment landscape.

Has the team made any changes to the managed portfolios?

Yes, in Fully Managed, given the impact of the current geopolitical picture on commodity prices, we wanted to neutralise our underweight to UK-large cap stocks which have a significant commodity exposure. We largely financed this FTSE 100 purchase through reducing our holdings in Euro-Area stocks. We think they will have the roughest passage through the crisis among the major equity markets. Indeed, this is the way it has turned out so far in early March.

Nutmeg clients have been asking us about their exposure to Russia within portfolios. How have providers been removing Russia from their indices?

Sanctioned entities are removed from investment indices as a matter of course, as they will fail the liquidity test of most indices. MSCI took the biggest step by removing all Russian equity securities from its global indices. On the government debt front, only new debt issuance is currently being viewed as non-investable. For now at least, existing debt remains part of fixed income indices though there are industry discussions on removing it.

It’s worth noting also that our portfolios had very little exposure to Russian securities due to their diversified nature, and the relatively small portion of global stock markets that Russian stocks accounted for. This has since fallen further to less than 0.1% in any Nutmeg portfolio. The exclusion of Russian securities from global indices will reduce this even further.

A few clients have been insisting that we remove all exposure at once. What has been Nutmeg’s response to such requests?

This is an understandable reaction. And the usual protocol for index constructor and ETF providers is to action any changes at the earliest possible time – normally within a month. This time index providers have moved much quicker, but factors such as the closure of Russian stock markets complicates the removal process.

We’ve written a blog explaining exactly what exposure Nutmeg has to Russia, the actions we have taken, and our continued engagement with index providers.

About this update: This update was filmed on 7 March 2022. All figures, unless otherwise stated, relate to the month of February 2022. Source: MacroBond, Nutmeg and Bloomberg. 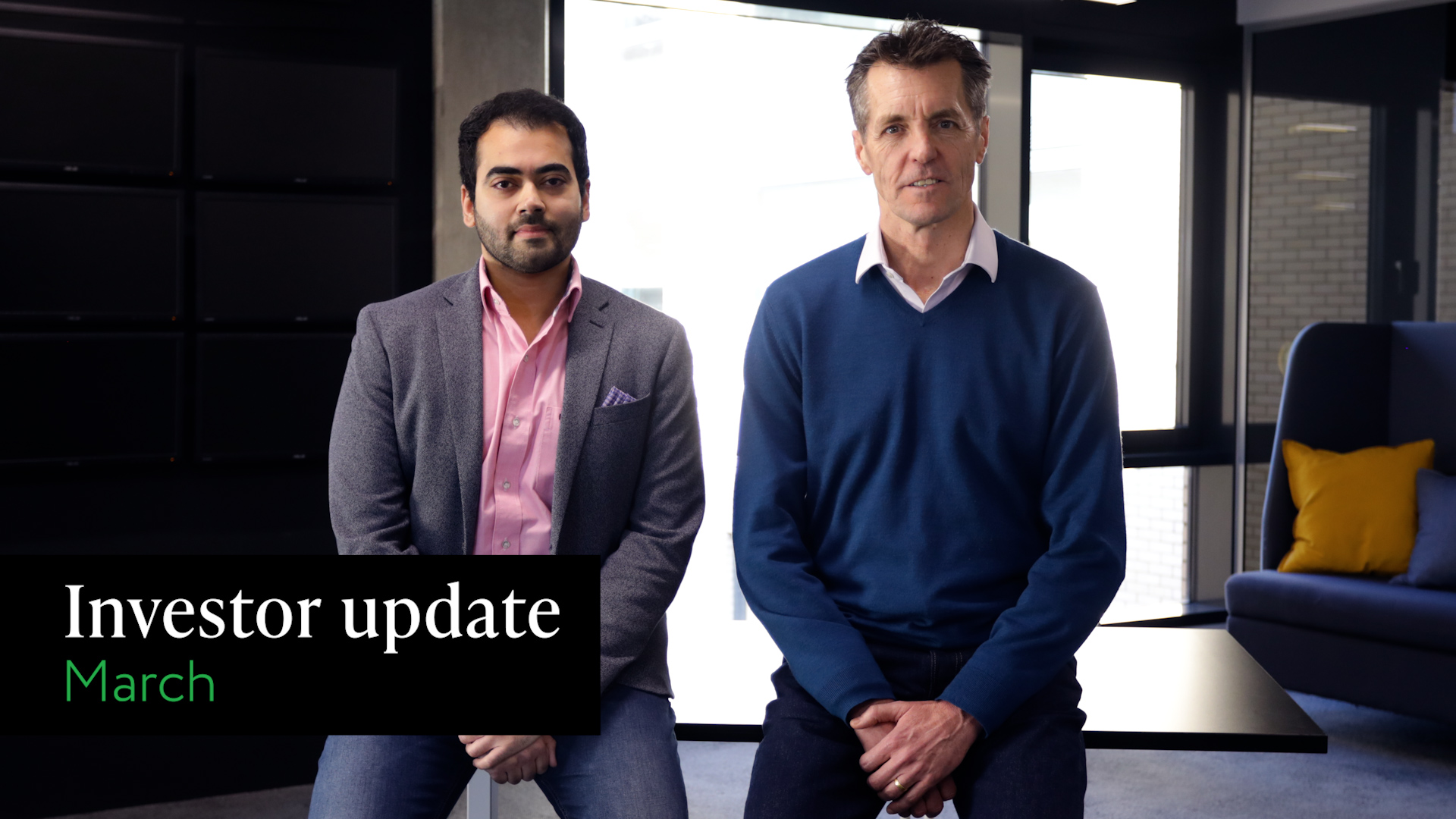