It may not feel like it, but after a difficult month for markets in March, April was a better month for investment returns. A rise of about 11% in global equities only partly offsets the drops already caused by the coronavirus crisis, but the rebound has been gratefully received by disciplined investors who stayed the course. Financial markets still had surprises for us, such as the brief, puzzling phenomenon of negative oil prices.

The past month seems to have brought some good news for investors with a bit of a rally in global stock markets. Can you tell us more about that?

Yes, the sharpness of the rally since March 23rd has come as just as much a surprise as the speed of decline in February and March. World equities rose by 11% in April; the US up 13% and the US Nasdaq index of technology companies up over 15%. From its lowest point in March the US S&P500 has risen 30% to the end of April. Pretty eye-watering stuff. Not so in the UK though. Its main index only rose just under 4% in April, although the mid-sized UK company index did better at just over 9%.

The key reason for the bounce is that government economic policy has swung in a big way. The US central bank (the Federal Reserve) was the first to come out and say that it would do “whatever it takes” to stabilise the financial system. That was back on March 23rd.  In April the Fed said it will be buying below investment grade bonds as well as government and investment grade bonds. And in April, the Bank of Japan began using the same “whatever it takes” language. Other central banks also have highly accommodative policies. So much so, that even though equities have rebounded strongly, government bonds also performed very well on the month – normally these markets move in different directions.

But it’s really the fiscal policies – clarified further in April – that are truly eye-popping; Japan has so far announced 22% of GDP stimulus; Germany 20%; France 12%; US 9%; and the UK 6% of GDP. These numbers are not set in stone and could be higher or lower in the end.  But the important point is the intent of policy. It’s this “whatever it takes” mantra.

It’s worth noting that the majority of Nutmeg customers did not alter their portfolios during the drawdown in February and March and so benefited from the rebound at the end of March and in April. Good investor behaviour – taking long term perspective and accepting the road will get bumpy along the way – has been showcased by Nutmeg customers.

Now, about the oil price. We’ve seen some historic moves recently, including, briefly, a negative oil price in the US. How did that happen and what does that mean for investors?

Yes, it seems there was a technical hitch at the April expiry of oil futures contracts. All very unusual. It seems that there were some large purchases of oil contracts by investors who either didn’t understand that they needed to take physical delivery of the oil they’d purchased, or decided at the last minute they didn’t want to. That partially explains the negative oil prices for US oil on the expiry day, as these positions had to be unwound by owners making payments to others to take the barrels of oil off their hands.

Of course, the oil industry is not without its fundamental problems; not least of which the US is running out of storage capacity for the oil it is producing. But the events of April were wholly unrelated to the events back in early March, when COVID-19 related shutdowns killed off oil demand at the same time Russia and Saudi Arabia started an oil price war. It’s worth noting, unlike in that early March episode, the equity market was very stable throughout this month’s oil price volatility. Well. Let’s face it: More than stable. World equities were up 11% on the month.

Apart from Covid-19 and the oil shock, are there any other big economic stories we should know about?

Yes, there has been some big economic news; some positive; some unbelievably negative. Let’s start with the good news. Chinese data has begun to improve as it reopens its economy. It’s not an instant rebound – consumers will take some time to get back to normal spending patterns. But the business survey data – the so–called PMI’s (purchasing managers indexes) – have snapped back as the pessimism during shutdown has subsided.

On the negative side, the US labour market printed over 20 million unemployment claims during April – that’s 12% of the US labour market. Obviously, a lot of this is temporary, but the numbers put in stark contrast the shock that is still under way in the first half of 2020. The reality is that we can’t get a clear picture from the economic data while we are living through the shock.

And that reality is ever present as we are in the middle of first quarter earnings season. Not only are companies reporting a slump in sales and profits – which was expected.  But many of them are refusing to give the usual guidance on the outlook for their businesses.

Obviously, the government support for businesses and employees that I’ve already mentioned is expressly designed to help the economy through the – hopefully – temporary shock.

So how did the Nutmeg fully managed portfolios perform during the month?

Yes we have used some of the cash buffer that we built up during the February and March equity decline. And we have moved out of low volatility equities as we thought the worst of the panic is over. We’ve also moved underweight emerging market bonds because we think there might be structural issues ahead for heavily indebted emerging markets. The cash raised from all these sales were placed in Europe to reduce our underweight exposure, as well as in good sustainable companies via World and US SRI (Sustainable and Responsible Investment) ETF’s.

This month’s customer question came to us during one of our recent webcasts. Tim asks, “What’s your best current thinking on when we may be financially back on track with our investments post Covid-19?”

Well if back on track means when will we be back to early 2020 portfolio levels, that may take some time. The US stock market – in particular – has put in a good recovery but we need to be realistic. A lot has changed and the market needs time to get a clearer economic picture – possibly greater clarity will come in the second half of 2020. It’s important that that we don’t have a serious new COVID-19 infection waves this year – providing time for anti-viral drugs to become available.

There is still plenty to be watchful for; among them the US election in November; and the tone of relationships China has with the rest of the world – not just the US – after the crisis.

Certainly, there has been a better feel in markets in April but we remain cautious – maintaining a small equity underweight in our customers fully managed portfolios, but with a heavy overweight in the US and in technology shares.

About this update:  This update was filmed on 4 May 2020 and covers figures for the full month of April 2020 unless otherwise stated.

Risk warning:  As with all investing, your capital is at risk. The value of your portfolio with Nutmeg can go down as well as up and you may get back less than you invest. Past and future performance indicators are not a reliable indicator of future performance. 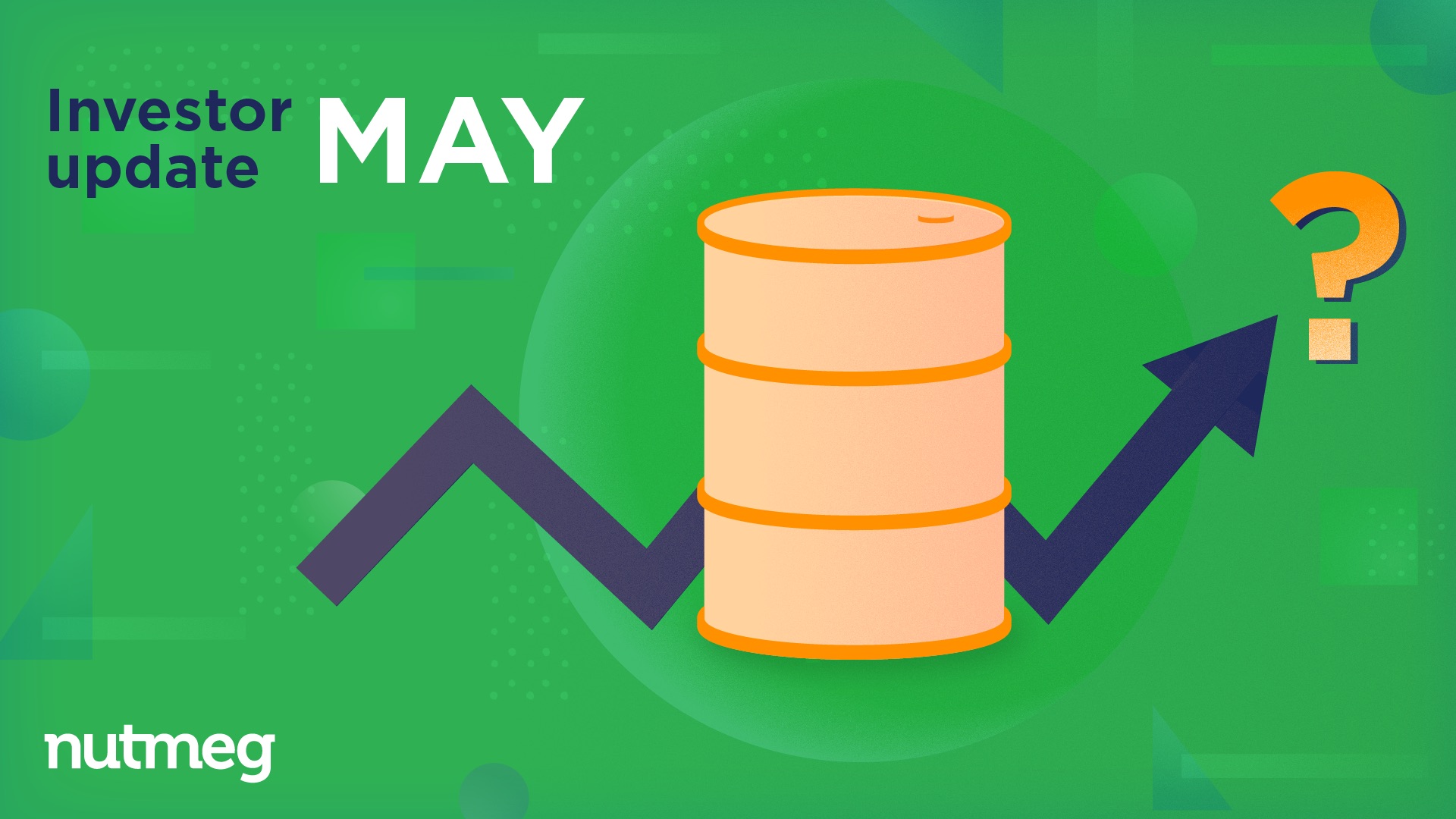