In this month’s investor update, our head of product, Max Rae, speaks with our chief investment officer, James McManus, about global economic data that continues to show an improving picture, the latest in US-China trade relations and what we’ve seen from companies reporting their first quarter company earnings, as well as taking a look at our portfolio performance.

How did global stocks and bond markets perform during April?

April followed in March’s footsteps with a strong monthly return for both global equities and many fixed income assets. Global stock markets rose just under 5% in local currency terms on the month, with developed markets outperforming their emerging market peers by over 3% in April, emerging market stocks offering investors returns of 1.6% for the month.

Leading the developed market gains were US equity markets, a favoured region in our portfolios. Large caps US stocks delivered around 4.4% for the month, and the growth centric Nasdaq saw a month of outperformance, up close to 6%, while smaller companies delivered returns of around 2%.

Elsewhere it was really Japan that was the laggard in the developed markets, giving back some of last month’s strong outperformance with returns of –2.6%. It was also a strong month for UK equity market returns, UK large caps delivering 4.1% while UK mid-caps rose around 4.9%.

So, on the whole, a good month for global equities and a relatively muted month for bond markets.

Rather than being driven by one or two events in April, and despite record coronavirus cases globally, financial markets have largely been supported by a continued backdrop of stronger economic data.

As in previous months, we’ve continued to see an improving picture in many aspects of the global economic complex. The global trade recovery continues to gather pace, and there are encouraging signs that investment cycles are picking up again too. The all-important US economy is leading, with signs of strength not just in the manufacturing sector, but also in the critical services sector and in the labour market, as confidence returns.

Emerging market exports are rising with the Chinese economy acting as a regional engine for growth. Commodity prices have continued to drift higher on a robust demand picture. So, April on the whole has really presented investors with another set of economic data pointing firmly to a consolidating recovery.

In addition, the month was also book-ended with two more significant stimulus package announcements in the United States, both the American Jobs plan focused on infrastructure, and the American Families plan focused on social reforms, totalling approximately $4 trillion in additional spending or around a staggering 20% of US GDP. If passed these would become some of the largest and potentially most transformational economic programmes enacted in US history.

Importantly for investors, after a volatile start to 2021, government bond markets have taken much of this news in their stride. That could be because the programmes are yet to pass through the formal approval process, but much of the additional spending is proposed to be covered through tax rises rather than the government balance sheet this time around. And with central banks remaining at odds to stress they are in no rush to normalise policy, financial markets are reacting positively to the goldilocks combination of supportive central banks, further economic stimulus and a strengthening economic recovery.

Against that market backdrop, how did the Nutmeg fully managed portfolios perform during April?

What changes have been made to the Nutmeg fully managed portfolios?

We made some small adjustments during the month of April. First, at the beginning of the month we exited our holdings in US mortgage-backed securities in lower and medium risk portfolios. The spread (or premium if you like) that an investor gains for holding mortgage-backed securities over US government bonds had reduced to its lowest point since 2010, reducing the attractiveness of these assets relative to treasuries and so with that additional return source eroded, we moved back to government bonds.

At the same time, in our higher risk portfolios we took advantage of the recent underperformance of US small cap stocks to marginally increase our weighting, given we expect them to continue to benefit in coming months from the continued recovery in the cyclical and services-linked sectors of the economy and as US economic growth is turbo charged by those further stimulus programmes.

Finally, as markets drifted higher in April, we rebalanced some of our equity exposure to cash, in order to manage risk as our equity overweight grew across portfolios.

What do the results of the first quarter earnings season tell us so far?

We are right in the middle of the first quarter earnings season, one of the most important in recent memory, as investors assess how much of that positive macroeconomic story has fed through to company bottom lines in the previous three months.

Ahead of this period, expectations were high, particularly in the US where we had witnessed a record increase in earnings per share expectations. The results we have seen so far certainly justify that positivity. In the US stock market, the S&P 500, we’ve seen just over half of companies report earnings, with an average earnings growth of 50% and sales growth of over 11%. What’s more impressive is, against a backdrop of strong expectations, earnings growth has actually exceeded analyst expectations by around 23% and sales growth by a smaller 4%. So, the picture emerging from corporate earnings in the world’s largest economy is clearly a positive one as we move into the second quarter of the year.

In Europe, the earnings season is off to slower start, but the results are no less positive – we’ve seen half of companies in the Eurostoxx 50 report earnings thus far, with earnings growth of close to 80%, a staggering 50% better than expectations.

Meanwhile in the UK, we only have a portion of companies offering a quarterly update, and here the story is more mixed – strong from an earnings perspective but disappointing from a sales perspective. Of course, UK investors will also be watching earnings announcements closely for impacts on dividend payments – with dividend payments from UK companies improving on 2020, but still expected to be significantly lower this year.

This month’s customer question comes via Tom on social media, who asks: It seems that the US–China trade war is no longer in the headlines, but is this still an issue for financial markets?

The state of US–China relations is certainly still an interesting topic for markets and is certainly still front of mind – particularly as the tariffs applied during the so called ‘trade war’ under the Trump administration are still in effect, but also because of the multiple dynamics to this competitive relationship. In fact, we have discussed some of these dynamics in more detail as we looked at the potential for the US and Chinese economies to decouple.

Ahead of the US election in November last year, we stated our belief that the US would continue to take a hard line on China, albeit through more diplomatic approaches than the previous administration. Clearly there are topics that the two countries are willing, publicly at least, to work together on – the most recent example is their shared commitment to work on climate issues.

But the emergence of China as the greatest competitive threat to the US, both economically and politically, means we expect this relationship to remain a balancing act between accommodation and competing interests. But critically the two nations both have much to benefit from a constructive coexistence, so despite the occasional adversarial rhetoric we expect the relationship to evolve in the coming years into one where both sides learn to live with the other for their own mutual benefit.

About this update: This update was filmed on 05 May 2021. All figures, unless otherwise stated, relate to the month of April 2021. Source: MacroBond, Nutmeg and Bloomberg. 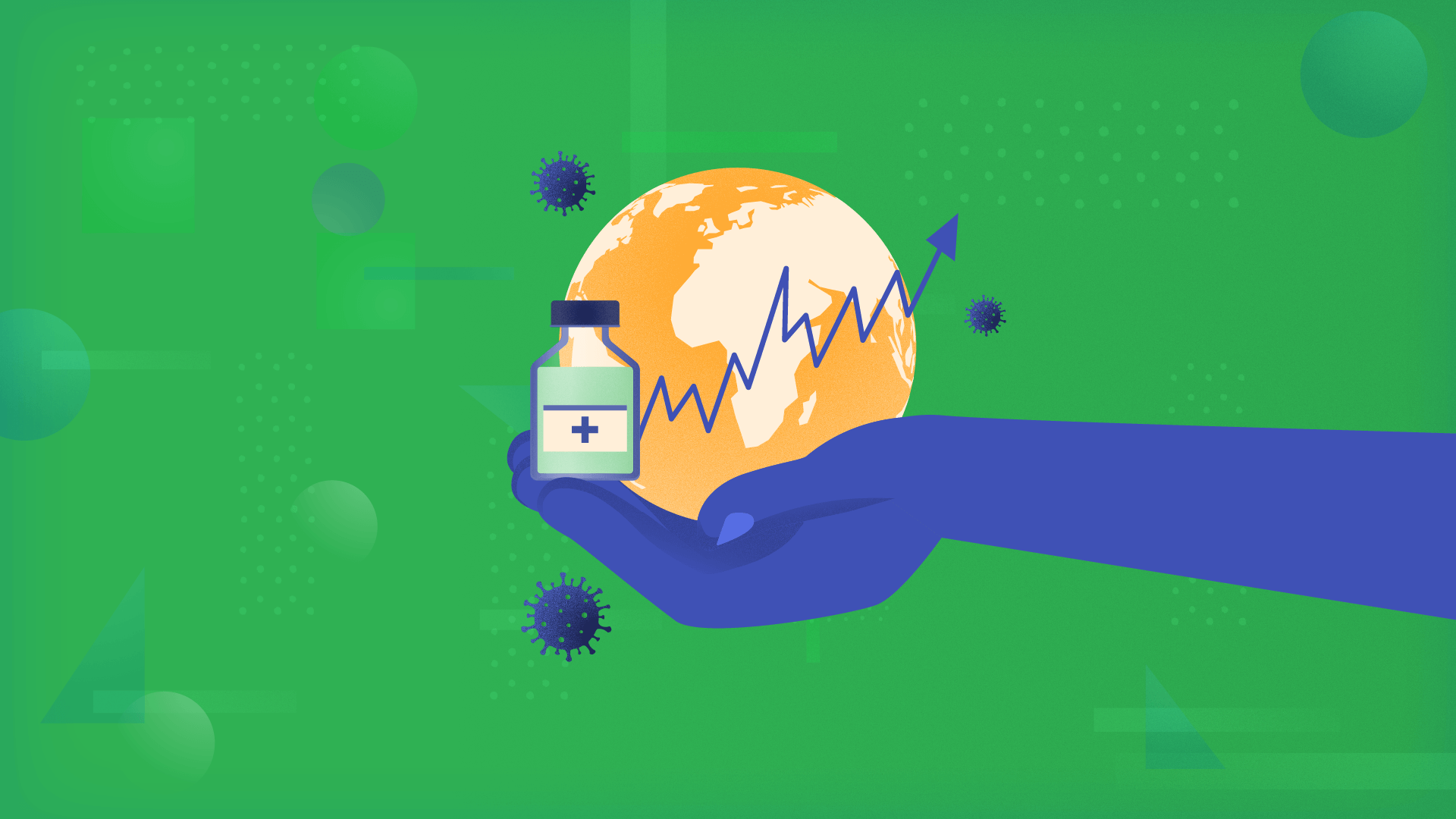