In this month’s Investor Update, paraplanner Matthew Smith speaks with director of investment strategy Brad Holland about why tech stock performance has raised fears of a bear market in equities, yet some of the UK’s largest companies remain buoyed by energy price rises and a cheaper pound.

Markets seemed to have a rough April. There’s been talk of a bear market – what is it and should investors be worried?

A bear market is a 20% drop in financial prices from their most recent high. There has been speculation the S&P 500 Index – the US Large Companies – might breach that point.

Large US technology stocks, however, have crossed the 20% bear market threshold. The Nasdaq index – which we don’t own in Nutmeg portfolios – fell 13.5% in April to be down 21% year-to-date. This bear market in tech stocks took hold as economic reopening removed the work-from-home premium these stocks had enjoyed. In addition, online subscription levels have plateaued or declined as households cut costs in response to the sudden price shock being experienced. China’s continued heavy-handed oversight of its tech companies has provided further negative background noise for digital companies.

We’ve seen a steady rise in bond yields in 2022 as central banks changed their posture from emergency ease conditions towards urgent tightening. How has this been impacting markets?

The rise in bond yields has been a key driver of weakness in the values of the big technology companies, the reason being quite technical. It’s not so much that rising yields will hurt earnings because rising bond yields are also a sign that equity markets are enjoying good earnings growth. For technology stocks, whose earnings are viewed to be strongest in future years, rising bond yields cause these future earnings to have a lower present-day-value. It’s a mechanical valuation process. We’ve not had a specific technology position in the portfolios since late last year because we expected this rise in bond yields.

But it’s not just about US equity and bond markets. World equities fell with local currency returns down -8.3% in April to be -12.9% year-to-date. Still, closer to home the FTSE 100 did make a marginal gain during the month. Mega-cap stocks have been buoyed by a weak pound, with many of the UK’s largest listed companies focused on overseas earnings. The FTSE 100 is also home to large energy companies, which have had a strong year as commodity prices have climbed.

On that note, oil prices stabilised in April. While the broad basket of commodity prices rose around 4% in the month, mining commodities fell over 6%, with the bigger agricultural basket rising 5% on supply shortages.

Bonds and equities were both down in April. Normally we see one or the other down but not both. Is that right?

Equity markets are worried that the price impact of the supply shock, together with tighter monetary policy, will have a destructive impact on demand for goods and services. The worse the Ukraine conflict looks, the more negative the overall situation appears for the global economy and markets. And April was a month where this pessimism was sharply felt. Although the US earnings reporting season in April was reasonably firm, there were fewer positive surprises than previous seasons and enough big corporate names, such as Amazon, disappointed. This further soured the market mood towards the end of April.

Equity market falls suggest the world economy stalling. Is there evidence for that?

Growth is certainly cooling, but we don’t see the global economy as stalling. Manufacturing and capital investment cycles have positive momentum and order-books are very solid. This implies global trade will continue the recover. The Russian war in Ukraine and the Chinese domestic clamp-down on Covid are headwinds for global growth, but they don’t look to be debilitating activity in the US and Europe. These forces will have an impact obviously, but we don’t think it will derail the recovery happening in developed economies.

The May Monetary Policy Report from The Bank of England has revised the bank’s growth outlook to be flat across 2023 due to the real income shock of higher prices in 2022. They think a technical UK recession is possible. These are just forecasts, of course, and will be revised every quarter but they show how closely we need to watch the economic data over the summer.

Did you make any changes to the portfolios in April?

At the start of April, we trimmed some equity exposure and moved that money into cash. That wasn’t a vote against equities – indeed, we remain slightly overweight the asset class. It was just recognition of the drift in asset allocation that had occurred this year due to market movements – a portfolio management rebalancing exercise. That cash can be reinvested as we see better opportunities.

Following our View From The Investment Desk, a customer has questioned the investment team’s view that inflation will moderate into next year. He asks if we are being overly optimistic. What would you say to that?

For sure, price rises are tough this year as higher food and energy prices work through the system and as the supply shock continues to work itself out. We do think inflation will likely remain on the high side of the Bank of England’s 2% inflation target. However, it’s important to remember that inflation is defined as persistent annual increases in prices. A rise in prices during one year – however painful – will not feed ongoing inflation unless follow-up increases occur in subsequent years. The Bank of England forecasts assume this follow-up increase does not occur. We are inclined to agree.

About this update: This update was filmed on 9 May 2022. All figures, unless otherwise stated, relate to the month of April 2022. 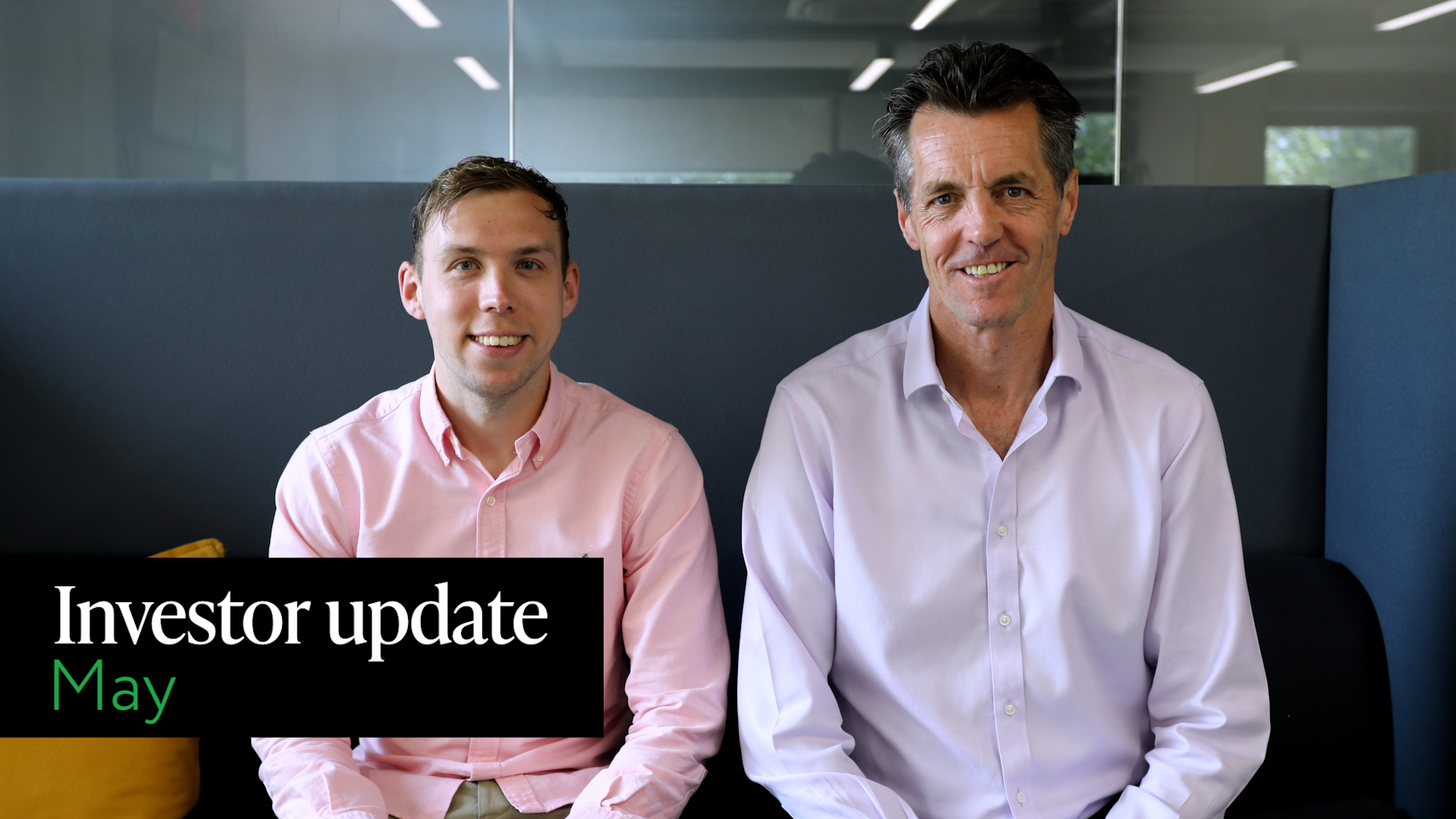