The US stock market achieved new all-time highs in October, amid early signs of a trade deal with China. Unfortunately, a rise in the value of sterling caused the UK market to fall, despite improved market sentiment over Brexit

How did financial markets fare in October?

The US stock market made new all-time highs in October, as US manufacturing data showed improvement, with consumer data and housing data also looking positive. In addition, a modest ‘phase one’ trade deal with China appeared more likely. When risky assets perform well, bond yields tend to rise and the US dollar tends to fall, and we saw this in October. Even commodity prices continued to recover, especially broad-based mining commodities. Emerging markets did a bit better than developed markets – in line with commodity prices. But it was still only the US that reached new highs during October. In contrast, a very strong UK currency appreciation led to a near 2% decline in the main UK equity index.

What were the key economic and political events?

The US Federal Reserve delivered its third rate cut this year, along with the message that that might be the end of cuts as long as their positive economic view plays out. The Japanese and European central banks are still in quantitative easing mode – attempting to boost liquidity and sentiment in those economies. While it’s early days, there are some signs that a global manufacturing recovery may have begun – an idea supported by the mining commodity price rises.

Manufacturing has been at the leading edge of economic weakness over the last 18 months, but if a trade deal between the US and China can get done that should help nurture any manufacturing recovery. On the US-China trade deal, not much has changed except the willingness for both sides to settle for an easy ‘phase one’ deal. China’s economic growth continues to slip so it needs a deal to help keep growth ticking over. And the US needs to sell its autumn harvest.

What about a Brexit deal?

Well, we almost had one. But, as we expected, we are left with another short extension, leading into a December election. Pollsters don’t really know how the turbulence of the last three years has changed party-political allegiances versus Remain-Leave sentiment. But polls have pretty consistently moved in favour of the Conservatives. Since no-deal seems to be off the table, that’s a favourable market outcome.

Against this backdrop, how did Nutmeg’s fully managed portfolios perform?

October was a mixed month – on the one hand global equity performance was strong. However, on the other, UK equities fell almost 2%, there was a weak dollar, very strong sterling and weak bond markets, which all combined to detract from performance. With this backdrop, the fully managed portfolios declined between -0.2% and -1%.

Yes, we made a change in the middle of the month as the risks around a no-deal Brexit and the UK election improved somewhat. Obviously, the election is still to be held, but we felt the balance of risks improved enough to no longer be underexposed to the UK currency. We also swapped out some UK bonds into UK higher yielding corporate bonds and shortened the maturity profile of our US government bond exposure.

This month’s customer question looks at US politics: Should we be worried about another US government shutdown in late November?

The current government financing bill runs out on November 21st. There is a lot going on in Washington at the moment with the US-China trade talks and presidential impeachment proceedings. There doesn’t seem to be huge appetite for a budget tussle as well. Lawmakers are reportedly negotiating an interim budget till January or February. In any event, government shutdowns, by themselves, don’t tend to worry markets too much.

About this update: This update was filmed on 5th November 2019 and covers figures for the full month of October 2019 unless otherwise stated. 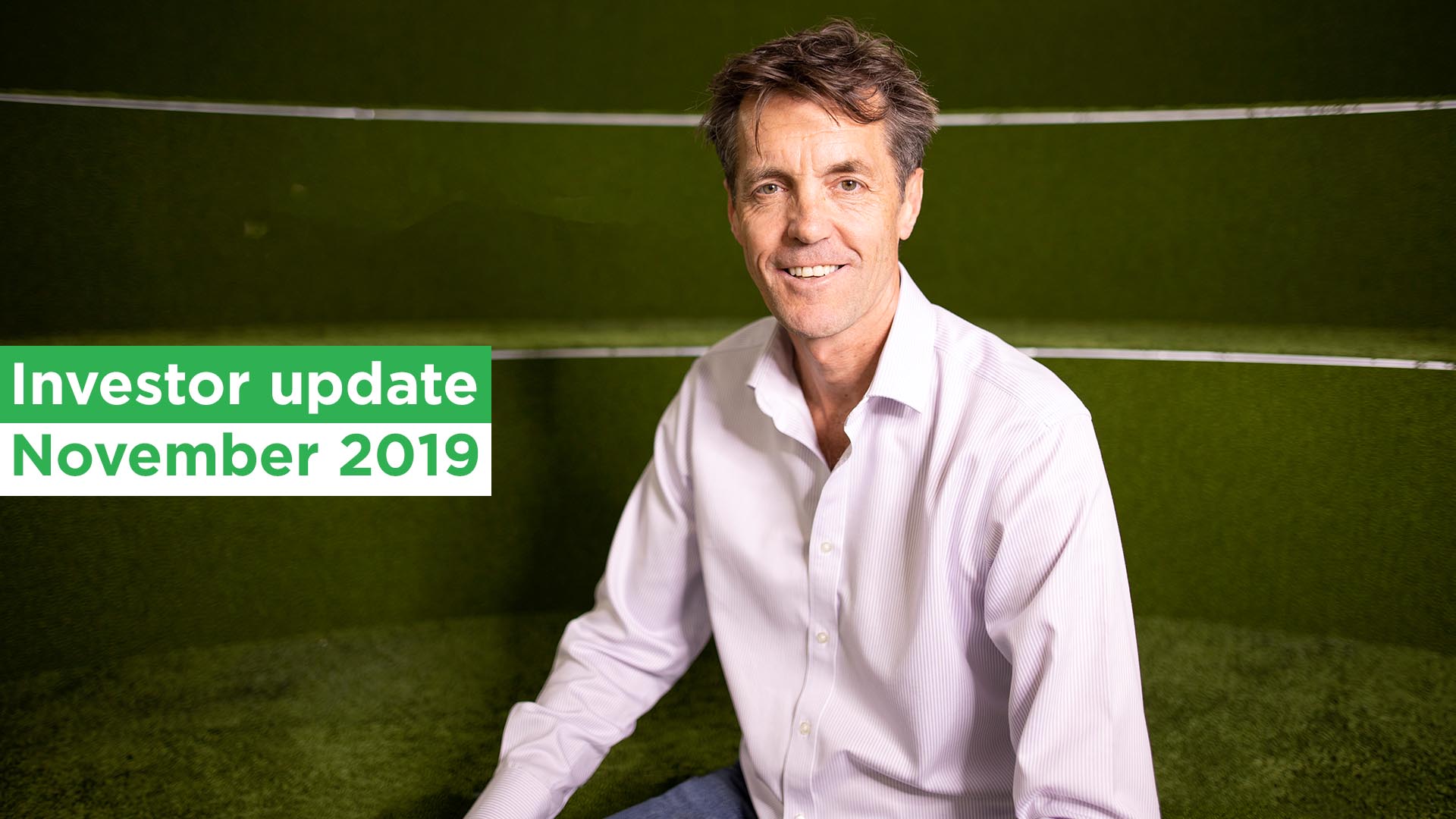