In this month’s investor update, our investment writer, Gary Shepherd, speaks with our director of investment strategy, Brad Holland, about the main drivers behind market movements in October and what this has meant for Nutmeg portfolios.

October did feel a lot better than September as far as equity markets are concerned. Almost all markets fell in September, but the reverse was true in October. The rebound was led by the US, which saw its key equity indices hitting all-time highs. The only developed market to fall in October was Japan, although the decline was relatively insignificant.

Chinese equities also had a better month, rising 3% in October, only very-partially unwinding the 33% fall between February and September. That helped emerging markets put in a positive overall performance, but one that trailed their developed market peers.

Commodity prices have also been on a roller-coaster-ride as economies contend with strong demand and supply bottlenecks when opening back up. A sharp upswing in mining commodity prices early in October was followed by a consolidation into month-end. Over the month, base metal prices rose 4% and oil prices rose 3.9%, while near term consumer energy prices in Europe have risen. Agricultural prices meanwhile have also advanced, but we don’t currently believe a broad-based commodity price shock is taking place; a conclusion supported by relative weakness in the Australian dollar and Canadian dollar – two currencies that would benefit from a commodity super cycle.

We have written a lot about how we should expect teething pains as economies open back up.  That is certainly a factor and will remain so into year-end. The supply of energy has been challenging, as has the supply shortages of micro-chips. The supply of labour has even been challenged, so wages have been on the rise for transport workers as well as lower paid hospitality workers.

But broad economic data for all major economies continued to point to recovery in October. The UK had its first month in 18 months without employees on furlough, yet there remain staffing constraints across many industries. US companies began reporting third quarter earnings and they have delivered largely positive surprises – confirming that activity levels are recovering despite the bottlenecks.  While covid cases are on a seasonal rise, countries are increasingly on top of the vaccine rollout.

These opening-up pressures and staff constraints have weighed more heavily on small to mid-size UK companies. Mid-size listed company prices have underperformed their larger counterparts, as markets judge that smaller companies are less able to defend their profits.

You wrote a blog last month around some of these economic teething pains. Could you summarise it for us?

We wanted to ensure clients were not overly influenced by some pretty alarmist journalism that has been happening in various parts of the media. The ugly world “stagflation” has been bandied about a lot, so we wrote about our position on that.

And yes, the rate of economic growth is slowing.  But it is slowing from an unsustainably fast pace caused by the end of lockdown.  This rush of growth is partly responsible for the bottleneck issues we experience. A slower pace was always expected and, more to the point, is very welcome.

Nutmeg’s underlying growth expectations remain strong in the UK and the US, so stagflation is not at all how we would characterize the outlook. Inflation will continue at a modest pace in response to the continued cyclical improvement in economic growth.

So against this economic backdrop, how did the Nutmeg fully managed portfolios perform during October?

And given everything that’s happened lately, have you made any changes to the Nutmeg fully managed portfolios?

In September we opened a position in US financial companies which we expect to do well as interest rates and bond yields rise.  We added a small amount to that position in October, and took the opportunity to add modestly to our US dollar position.

This month’s client question comes from Danielle: “We’re in the midst of another earnings season for big tech, should we be concerned about potential overvaluations in the space and what could happen to the financial markets more broadly if they were to reverse?”

Third quarter earnings are in the process of being released; and yes, tech stocks have been producing good profit results.

Your general point is right though. Including Amazon in with the IT-category of the S&P500, these stocks make up about one third of the large company index. And that’s the level that we saw the Nasdaq bubble burst in 2000.

So what’s different now? And you’ve given the answer – company earnings. The thing lacking in 2000 was profit and cash flow generation. Today, these stocks have become entrenched in the new economy and their profit margins have been relatively wide for a long period of time. This is the key; how long term are these profits. Clearly in the near-term, even the major tech businesses are exposed to supply chain bottlenecks and labour shortages – as earnings disappointments from Amazon and Apple this past week showed.

But medium term, we continue to believe these companies will benefit from a secular trend. They are very high margin businesses (Amazon is 40% of sales), and their current valuations have been built up over 15 years; not two years as in the 2000 bubble. The ongoing digital transformation of businesses and economies will help maintain strong profits in these large, listed, tech stocks. The current earnings season is still delivering positive surprises on the whole, despite one or two noticeable disappointments and that underlines the case for diversification. While we trimmed our holdings in the Nasdaq index earlier this year, Nutmeg maintains exposure to these stocks through our overweight in US large-cap stocks.

About this update: This update was filmed on 02 November 2021. All figures, unless otherwise stated, relate to the month of October 2021. Source: MacroBond, Nutmeg and Bloomberg. 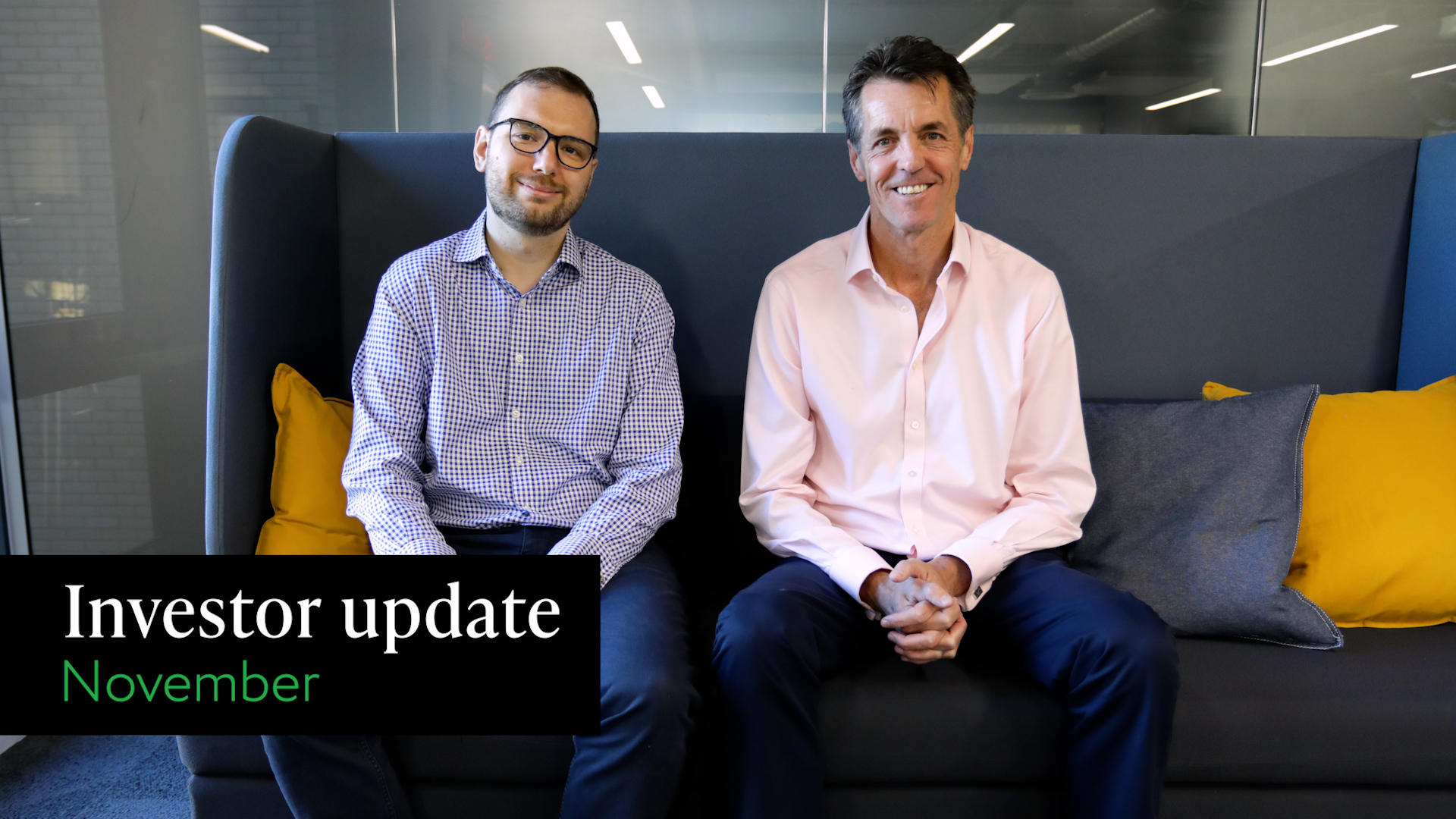