In this month’s investor update, Paul Hillis, a senior wealth manager at Nutmeg, speaks with director of investment strategy, Brad Holland, about making sense of recent movement in the bond markets, and the falls in energy prices that we’ve seen since the summer. They also discuss why strong labour markets give reason for optimism on the global economy, as well as changes to the Nutmeg fully managed portfolios.

While 2022 has so far been a turbulent year for investors, October seems to have brought some better financial market outcomes.

Yes, that’s right. The world developed equity index rose for only the fourth month this year. It was up by an impressive 7.2% month-on-month, the star performer being the US and in particular US small companies, which rose just over 10%.

Emerging markets fell again though as developments in China and the strong dollar weigh heavily on all emerging market assets. Emerging market equities have only posted two positive months so far in 2022.

You mentioned the strong dollar there, but didn’t it fall in October?

Well yes it did fall, mostly against the global-trade-related currencies of the euro and sterling. Global trade data continued to accelerate at the end of summer, a result of continued re-opening and improvement in supply chains that began in the spring.

So economically, things are normalising globally. However, I realise this might sound a strange thing to say when Russia continues to wage war on Ukraine and the Chinese economy still struggles.

It’s been this normalisation that has weighed so heavily on global bond markets this year. But in October, bond markets actually put in a positive performance. In total return terms, gilts rose 3% – only the second positive month so far this year.

That seems odd because much of the news in October related to adverse bond market conditions.

Yes, that’s right, October’s positive month for bonds is down to two factors really. First is the dramatic reversal in fortunes for Liz Truss’ government, which didn’t see out the month. Adverse market reactions to her policies were somewhat reversed in October.

The second reason is that bond markets outside the UK did better. There was a pause, or consolidation, in the tremendous 2022 bond bear market. A bear market caused by rapid rise in inflation and central bank policy normalisation.

In terms of monetary policy, several central banks raised rates in October. In the UK, the Bank of England raised rates by 50 basis points (a basis point being one hundredth of a percentage point, and the standard measure for interest rates).

So, the race to normalise and head off inflation is still on. While we think bond yields still have some room to rise, we don’t think the dramatic events of 2022 are likely to be repeated.

With regards to energy policy, it’s worth pointing out that energy prices have actually fallen significantly. UK gas prices are twice what they were at the start of 2022 but less than half of where they peaked during the summer. This has been incredible volatility. Even petrol pump prices are 15% lower than their summer highs.

So, the policy crisis surrounding energy costs has become a lot less acute than it has been. Would you agree?

Yes but, of course, we cannot know what Russia will do next. President Putin seems willing to disrupt global energy markets to divide global support for Ukraine’s resistance. Russia certainly doing itself some harm though; in October the EU stiffened its resolve to rid itself of its reliance on Russian energy.

And should we expect the new UK government to change its energy policy too?

Yes, we may see more about that in the November Autumn statement. The very generous two-year energy cap has been limited to March 2023 and we expect the help beyond that point to be more targeted towards those on lower income rather than the blanket support package initially announced.

So, Brad. We’ve spoken about how energy prices have fallen. But are these falls not simply due to the worsening economic outlook?

The economic data flow is showing the impact inflation is having on real incomes and spending. And housing market data is also falling under the weight of higher mortgage rates. But as I’ve mentioned, global trade is growing as the ongoing re-opening after the Covid lockdowns continues. And while households curb their spending in response to cost-of-living rises, businesses continue to hire workers.

Labour markets remain strong and this suggests income growth will remain robust. Manufacturing is doing well in the US – in line with global trade. On the other hand, UK manufacturing volumes have been sliding since early 2021 when the Brexit implementation period ended.

So far, the UK construction and services sectors have offset this. And while labour market strength is a good sign for the UK services sector – it is the largest employer – business surveys in this sector have weakened so we need to watch how things develop there.

Meanwhile, the Bank of England and the Office of Budget Responsibility are both due to refresh their economic projections in November, so we will get to see where they think the ‘dust has settled’ after this most extraordinary two months in British government policy.

With all that’s happened, did the investment team make any changes to the fully managed portfolios?

Yes, we made a small switch from mid-cap UK stocks into large-cap stocks, to slightly reduce exposure to the UK economy. We made an offsetting reduction in Canadian equities and spread those funds across the US and Japan.

Is there anything else our clients need to look out for the rest of the year?

Well, our clients entrust us with their investments so that, ideally, we do the worrying for them. We appreciate that it’s been a tough year for investors, but investment should be about reaching long-term goals.

On our side, we will be keeping a close eye on the economic data – especially for when we might expect a peak in inflation. There is always geopolitical risk, and we continue to monitor the Russia-Ukraine conflict and how militant China may become over its position on Taiwan.

But risk is the natural bedfellow of investments, and while the world economy already seems to be experiencing a mild recession, there are forces at work for strength as well as weakness. I’ve mentioned the weak side: declining real income, higher interest rates. But the positives are: continued reopening of global trade and economies; strong labour markets; healthy balance sheets. Certainly, the policy environment in the UK looks more stable than it was in recent months.

Our job as an investment team is to see how the balance will lie, and right now we maintain average levels of equity risk and remain cautious on bond market exposure. We stand ready to change these when we think necessary.

About this update: This update was filmed on 1st November 2022. All figures, unless otherwise stated, relate to the month of October 2022. 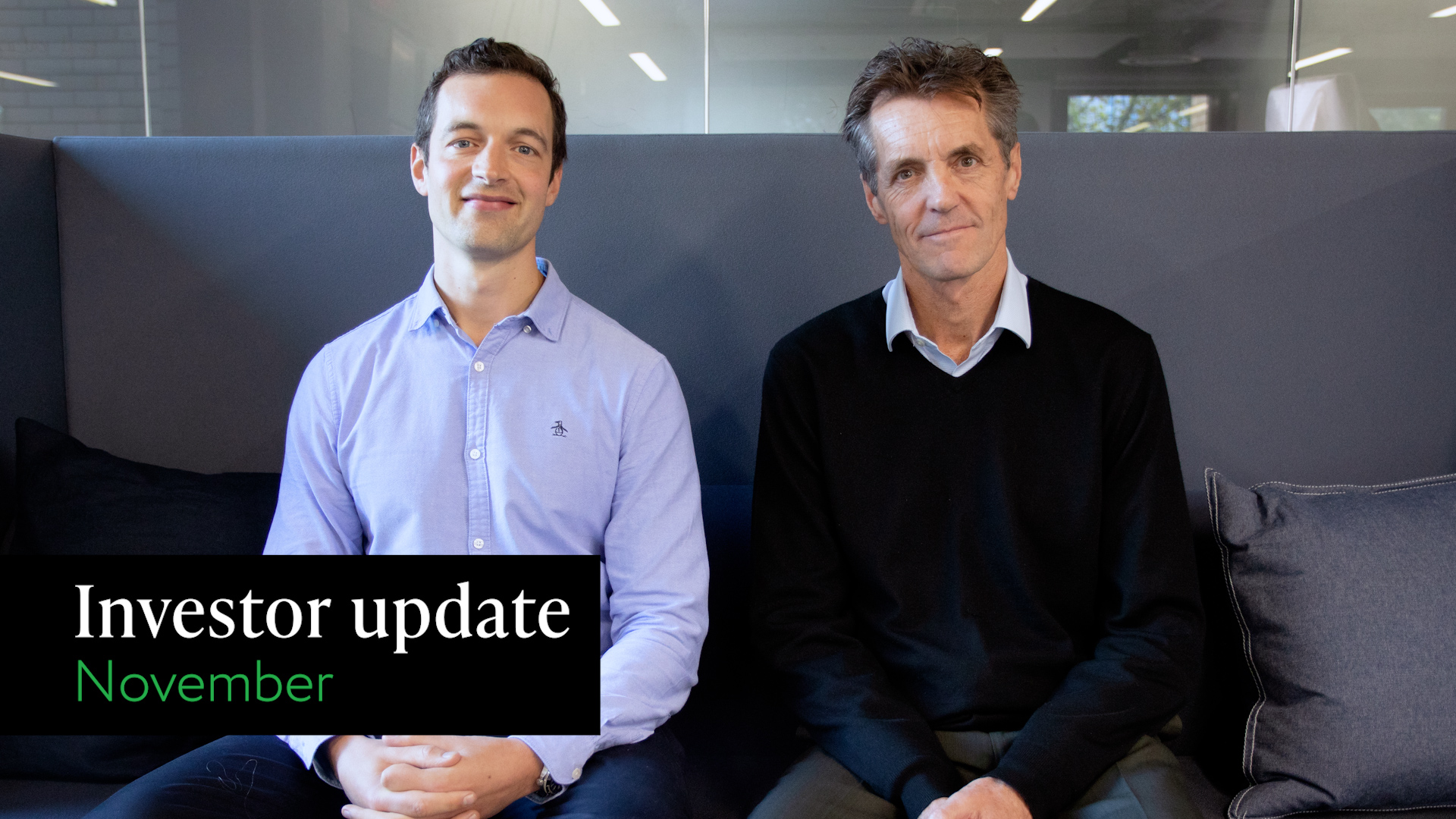