In this month’s investor update, Nutmeg investment writer, Gary Shepherd, speaks with chief investment officer, James McManus, about how markets have responded to the chancellor’s mini-budget, and what this has meant for client portfolios. We also examine surprise data from the Office for National Statistics showing that the UK is not yet in an official recession in contrast to previous expectations.

September was defined by monetary policy decisions globally, and by fiscal policy in the UK with the chancellor’s pro-growth, tax-cutting mini-budget. What’s been your team’s take on these policy actions?

We’ll start with monetary policy, which is action that a country’s central bank or government can take to influence the flow of money in an economy. The first tool policy makers have in their armoury is raising interest rates and, with inflation still a problem, the interest rate hiking cycle has accelerated somewhat globally.

In the US, where inflation stood at 8.3% in August, the Federal Reserve implemented a third consecutive 0.75% hike in interest rates in September to stand at 3.25%. The median estimate of all 19 Fed policy makers now suggests that rates will climb to around 4.4% by the end of this year, and to 4.6% by the end of 2023.

In the UK – where inflation stood at 9.9% in August – the Bank of England raised interest rates by a further 0.5% in September, to 2.25%, though many in financial markets had anticipated a bigger move.

Market expectations suggest the Bank’s Monetary Policy Committee will follow this up with significant moves before the year’s end with a 2% rise by December, and interest rates are expected to breach 5% in the first three months of 2023.

And what about fiscal policy? This has had a greater impact on markets, at least domestically after the chancellor’s budget?

Yes, fiscal policy refers to a government’s use of spending and taxation to influence an economy. In cutting income tax, stamp duty and capping energy prices, the mini-budget was a bold move which has so-far not been as positively received by markets as possibly the chancellor expected, as both the pound sterling and UK government bonds, or gilts, took a tumble.

At one point, on Monday 26th September, the pound registered close to $1.03, its lowest since Britain went decimal in 1971. However, the currency had recovered significantly by the end of the week, buoyed by revised figures from the Office for National Statistics, which showed that the UK economy grew by +0.2% in the second quarter of the year after the initial estimate showed a -0.1% contraction, and therefore the UK is not yet in an official recession as previously expected.

However, the fall in bond markets has been more damaging, with the Bank of England required to step in with a promise to buy long-dated gilts at ‘whatever scale is necessary’ to ‘restore orderly market conditions’. The chancellor later even U-turned on the plan to abolish the top rate of income tax for the highest earners in an attempt to placate markets.

What exactly has caused so much volatility in UK government bonds, and why is the Bank of England so concerned?

Remember that bond prices are inversely related to their yield, meaning as investors demand more compensation for the risks of greater borrowing, UK government bond yields have risen to be much higher than they were six months ago – indeed we saw record moves in gilt yields for consecutive days in the wake of the mini-budget. Those higher yields mean lower prices for existing bond holders and steep losses in the UK gilt market.

What are investors worried about? Well, the announced tax cuts and support packages will need to be funded from higher debt, at a time when government debt levels had already been greatly expanded in the previous couple of years.

Borrowing again to fund growth is an abrupt change to the more fiscally conservative previous regime and raises the fiscal risks for investors – put simply, investors worry about the sustainability and affordability of further borrowing.

There is also the issue of the tax cuts being seen as potentially contributing further to issues with inflation, given they free up income in an already supply constrained economy. That means, as I’ve already outlined, expectations of further interest rate hikes from the Bank of England, and again is another reason for bond yields to rise.

Finally, as the price of UK government bonds fell rapidly after the mini-budget, this had knock on effects through the complex financial market infrastructure, particularly in the UK pensions market. Large UK pension funds typically deploy complex strategies to hedge future risks on interest rates, and when gilt yields moved quickly, funds were left either needing to sell gilts to provide more cash to sit behind these strategies, or to cover positions that were suddenly exposed.

All of this added to selling pressure and was the key reason that the Bank of England stepped in to support the market on financial stability grounds.

It’s this type of volatility that we caution so often about when investors try to time the markets. 30-year gilt yields moved by more than 1%, only to fall by a similar amount after the Bank of England intervened. It’s a great reminder that volatility can work both ways, and when markets are volatile it’s often best to focus on the long term.

So how has all this impacted client portfolios, especially those in the low and medium-risk categories that have more exposure to UK government bonds?

To put it into context, 2022 has been the worst year for government bond returns in over 25 years, and so this will clearly be reflected in bond-heavy portfolios. September was no exception with losses of just over 8% for investors in the broad UK government bond market.

In our fully managed and socially responsible portfolios, we have maintained an underweight position to both corporate and government bonds this year, and where we have rebalanced portfolios we’ve preferred US rather than UK bonds.

That’s helped protect portfolios from the worst of bond market losses, however, in-line with our strict processes around risk, we won’t avoid the asset class altogether – and so negative returns have been seen by our clients in these portfolios.

However, the subsequent higher bond yields do also indicate the potential for higher returns in the future, so the bond market is starting to look more attractive compared to history in terms of income potential given yields have moved higher.

And how about equity markets? How did they perform in September?

It’s also been another challenging month for global equities, with the S&P 500 and Nasdaq in the US in particular having a difficult time – at the end of September following more hawkish commentary from the Federal Reserve, which remains focused on bringing inflation back to target. Overall, the S&P 500 was down –9.2% and the Nasdaq down –10.5% during the month.

However, looking ahead the FTSE 100 may actually be a beneficiary of a weaker pound sterling as it is home to large multi-national business, many of which have a greater revenue share in dollars and other foreign currencies, thus improving their earnings when revenues are converted into sterling.

We appreciate that market volatility and falls in the value of portfolios can be stressful. As always while markets are volatile, it pays to be patient and focus on your long-term investment goals.

About this update: This update was filmed on 3rd October 2022. All figures, unless otherwise stated, relate to the month of September 2022. 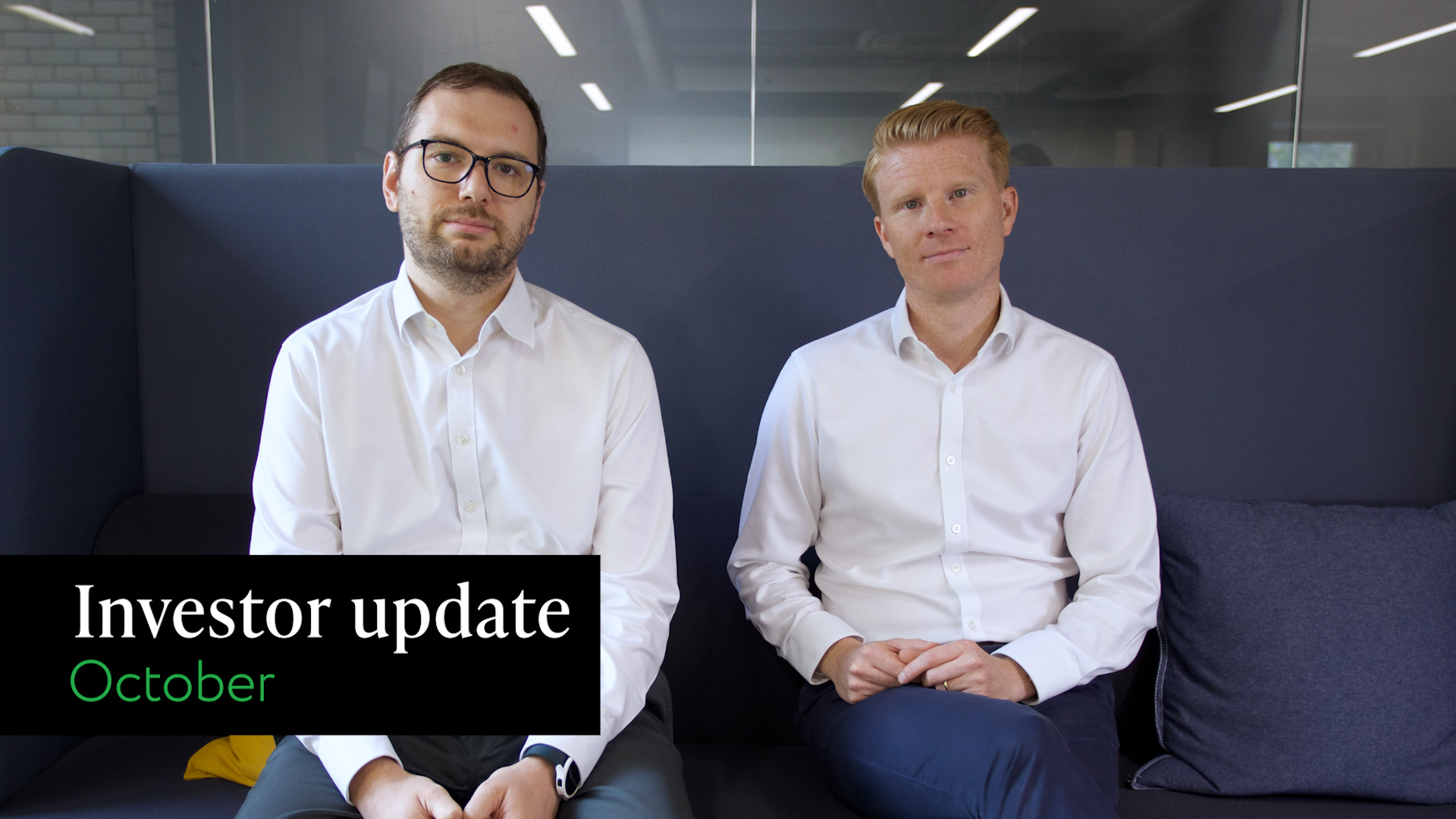