While the economic recovery continues apace, global equity markets reached some significant milestones in August, which was encouraging news for investors. Closer to home, the ongoing prospect of localised lockdowns and Brexit uncertainties meant UK and European markets have yet to experience quite as dramatic a rebound.

In our September update, Nutmeg’s director of investment strategy, Brad Holland, looks at the major market-moving events last month, while anticipating what’s to come in the next few weeks.

Financial markets seem to be continuing to recover from the series of crises at the start of the year. Did we see more of that in August?

World equities rose over 6% in August and are now back to positive territory year-to-date. It was the best August return in 30 years. It’s also well worth mentioning that the US market reached new highs in August. Actually, the Nasdaq index of US technology stocks reached new highs back in June.  And Chinese and Taiwanese stock markets – also heavy in technology companies – broke new highs in July.

So, some major milestones are being reached after that very rough patch in February-March.

Elsewhere, things are a little bit more uneven. Apart from the US, China and Taiwan, other markets are still under their high-water marks. And that’s really because the economic recovery has not significantly strengthened around the world. The clear global winners this year have been the technology companies that have helped us all stay connected.

But concerns around Covid and likely ongoing localised shutdowns is a major drag on confidence, consumption and investment. The macro-economic picture is only starting to clear. There’s a long way to go. Government policy everywhere is ‘doing whatever it takes to support growth’, but it will take time for labour markets to bounce back.

Speaking of long waits, why are UK assets trailing behind so much? When can we expect the UK to be back in favour with global investors?

The UK economy has a large services and energy sector – and both have been among the hardest hit by Covid. But the UK is also heavily involved with global trade, which was slow even before Covid hit. So, the UK has been hit on two fronts this year, which partly explains why UK stocks remain down around 18% on the year while overall developed equities are up almost 6%. So, the UK market will need more evidence of economic rebound before it joins the likes of China and the US in recovery.

It’s worth pointing out that European markets are also still down over 10% year-to-date and Japan down around 5%.

But the UK is the real laggard. And no doubt uncertainties over Brexit explain a lot of that.

On Brexit – we are heading into the crunch Autumn session where, if a deal is to be done between the EU and the UK, we should start to see its shape forming. September 7th kicks off the next round of negotiations and the EU Summit on October 15th is the key milestone. The European Parliament needs a fully formed agreement by the beginning of November if it is to be scrutinised and ratified by end 2020.

Aside from these events, is there anything else we should be looking out for?

It might seem like a technicality, but during August, the US Federal Reserve announced a major change to the way it fights inflation. That has implications for interest rates, bond yields, currencies, gold prices - frankly, every financial asset price.

The nature of the change is that the Fed will be responding more to historical inflation. Previously they would set out their inflation forecast and set policy according to that.

Under the new system, they will wait a lot longer after inflation rises before starting to raise short term interest rates. For the time being, it means policy will remain easy for longer; and that is good for risky assets.

Elsewhere, Japan’s Prime Minister, Shinzo Abe, has announced his retirement. Renowned for the economic policies he advocated since the start of his second term in 2012 to transform the Japanese economy – Abenomics – some investors may be looking to see what happens next in Japan. However, the retirement does not currently look like a financial market-event, as the unusually speedy process to select a successor looks designed to ensure his successor will continue his policies.

Against this backdrop how did the Nutmeg fully managed portfolios perform during the month?

We slightly increased our equity allocation through UK small to middle-sized companies. Although we remain slightly underweight UK equities. We also moved a small amount of UK gilts into US mortgage backed securities. Traditional government bond markets continue to represent poor value and we look to add yield to portfolios where we can. We maintain a very small pound-sterling underweight versus the US dollar on the risk of no deal with the EU in coming months.

This month’s customer question comes via our customer support team. We’ve been asked – “I’m not far away from drawing down my pension and I’m wondering if it’s a good time to consolidate my pension pots in one place?”

Well, I think any time is a good time to consolidate pension pots. Quite apart from the ease of access and transparency of your financial position, there could also be cost benefits if you consolidate into a low fee fund.

A key consideration is how you plan to start drawing down. Will you be taking an annuity or will you be taking a tax-free element and staying invested with the rest? Many people need to keep the value of their assets growing during retirement so stay invested for quite a while. In this case, one central investment plan is a better idea than having smaller pots with potentially conflicting investments.   Good asset diversification is easier to achieve within the one pot.

About this update: This update was filmed on 2 September 2020.

Risk warning: As with all investing, your capital is at risk. The value of your portfolio with Nutmeg can go down as well as up and you may get back less than you invest. Past or future performance indicators are not a reliable indicator of future performance. A pension may not be right for everyone and tax rules may change in the future. If you are unsure if a pension is right for you, please seek financial advice. 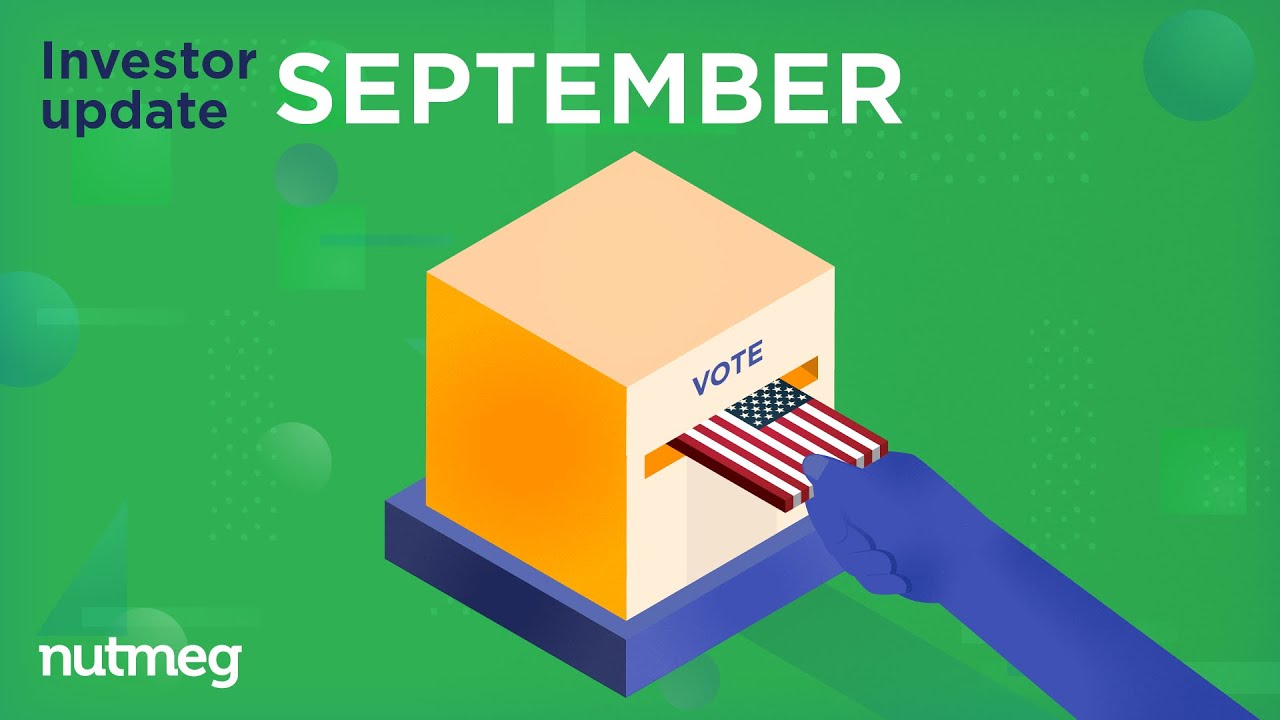