In this month’s investor update, Nutmeg product marketing manager, Molly Beake, speaks with our director of investment strategy, Brad Holland, about market movements and their drivers in August. They discuss how rising inflation and recession concerns have persisted during the month and explore indicators which may signal optimism for the future of the global economy.

Rising energy prices and the impact this has on the Consumer Prices Index – the primary measure of inflation – continues to be a concern for clients. How do you see dynamics in these markets? Is there any sign of a let-up in prices?

At the end of August, Ofgem announced it would be raising the price cap by 80%, which will take the yearly gas and electricity bill for an average UK household to over £3,500 from October. The energy regulator warned things could get worse in 2023 even though it’s come so far already. The prolonged war in Ukraine is significantly limiting gas supply to Europe, so prices are likely to stay volatile for the foreseeable future.

There have been some recent signs of mainland Europe beginning to build contingencies. This prospect drove benchmark European gas futures prices sharply lower, so we see that energy prices can fall as well as rise. Still, Russia supplied the EU with 40% of its gas last year; replacing this is no easy task, so consumers across Europe will be feeling the pinch for some months to come and energy markets will remain on tenterhooks.

UK inflation has climbed again to a fresh 40-year high. Other than energy, what else is contributing to price rises?

UK inflation reached 10.1% in the 12 months to July. While gas and electricity prices are a big factor in this, food prices too have climbed significantly. It’s not only the official CPI data. According to data from the British Retail Consortium, prices in shops rose by 5.1% during August versus one year previous, with fresh food rising by 10.5% – the biggest rise since September 2008.

The war in Ukraine is again being blamed for food price rises as the country is a major supplier of cooking oils, maize, wheat as well as fertiliser. Food producers have passed on increases in these items.

We also have to remember that, for many products, we are still seeing a continuation of supply side constraints resulting from the Covid lockdowns, which again pushes prices up. Capacity is still operating well below 2019 levels in numerous sectors.

If the global economy is still in recovery mode from the Covid crisis, does this signal reasons for optimism for the future?

It does. In fact, it’s a very positive narrative that runs counter to the negative macroeconomic impact of Russia’s war in Ukraine. Where the balance of forces will finally lead us is unknown. The Bank of England is projecting a likely UK recession, but if it’s right in its forecast of a 1.5% peak to trough fall in output, that will make it the shallowest recession the UK has ever seen.

That’s not a detail you hear much in the press, which often prefers a more alarmist narrative. But the Bank of England has been very clear about the risks surrounding its outlook; risks that could make the outlook better as well as worse. We are watching the labour market to help us determine which narrative will dominate. At the moment, labour markets remain strong. Unlike in past recessions, employment levels remain fairly robust in the UK, the US, and globally.

On a corporate level, profits have also remained relatively strong, as we’ve seen from the recent second-quarter profit reporting season with S&P 500 stocks beating expectations by 4%. Obviously, the energy sector contributed a lot of these positive surprises, but nine out of the other ten sectors had positive surprises and six out of ten had actual positive growth in profits despite the cost rises.

The market volatility that’s been a defining feature of 2022 returned in August with falls in both equity and bond markets. What’s behind this?

Yes, world developed equity markets fell 4.5% month-on-month in August while emerging markets rose by 1.25%. Brazil was the stand-out performer as commodity prices put in a recovery – especially agriculture which is important to that nation.

The sense in developed economies is that central banks will be much tougher on inflation, and so constrain economic growth. A market view had begun to emerge in July that central banks might not push rates too high. But recent announcements by policy officials indicate they are in no mood to ease off their policy tightening.

In his rather blunt speech on 26th August, the Federal Reserve chair, Jerome Powell, acknowledged that the fight against inflation will bring “some pain to households and businesses”. He added that policy measures will “likely require a sustained period of below-trend growth”, news equity markets did not want to hear.

As global trade continues to recover and supply chains improve, emerging markets are benefitting, and their still weak currencies make them more competitive and flatters any overseas profit earned by local companies.

Did the investment team make any changes to the portfolios during August?

Yes, late in the month we rebalanced our fully managed and socially responsible portfolios to reflect market movements. When asset prices move around significantly, they can change the relative weights in portfolios. So, we took this action just to return the weights to where we wanted them. That meant taking a small profit from our equity exposure, and a modest increase in our holdings in bonds.

About this update: This update was filmed on 5th September 2022. All figures, unless otherwise stated, relate to the month of August 2022. 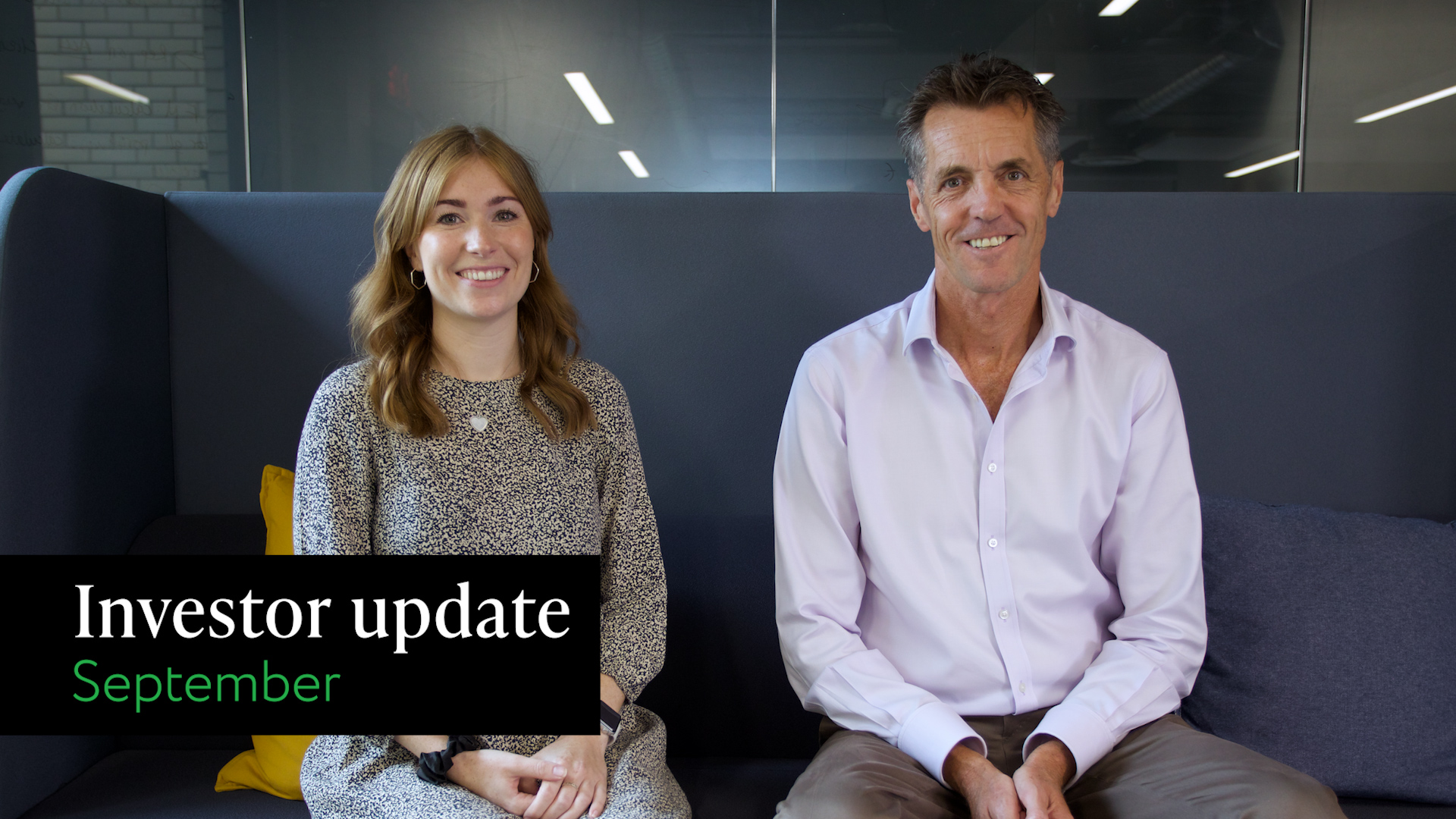