The big winners in 2015 were European and Japanese stocks, and the US dollar. Emerging markets and commodities were the big losers. We expect similar trends in the first half of 2016.

Along with Japan, the UK is facing one of the largest drags from fiscal policy, even after the Chancellor’s U-turn in the Autumn Statement. We expect relatively subdued growth from the UK, compared to recent years. We believe the service sector will continue to lead the way, with business services performing more strongly than financial services.

The risk of Brexit will become a greater concern for investors in UK equities and bonds next year. We don’t believe there’ll be a vote to leave the EU, but it could be close. Indeed, the market risks surrounding any possible Brexit have become as big a headache for European policymakers as for the UK.

We expect a weak pound against the dollar to help the outlook for UK stocks as foreign investors look to buy cheap UK assets, and an eventual recovery in oil prices should help the UK market in particular. However, we predict a further weakness in commodity prices in the first half of 2016.

A US Federal Reserve rate hike this month itself is not a problem. Markets have already adjusted. The speed of hikes in 2016 is the key, and this depends on the path of core inflation. We expect a gradual rise in core inflation through the year, although headline rates will jump in early 2016 as base effects dissipate (i.e. the sharp fall in energy costs in Q1 2015).

UK interest rate forecasts are much too low – a 50% probability the rate will increase by November or December 2016. We can’t see the Bank waiting a full year after the Fed to raise rates. Either the US policy is a failure – and that might mean lower US and UK rates – or the market accepts higher US rates, and UK expectations are too low. We believe UK rate expectations will begin to focus on a May 2016 hike, supported by a sharp rise in headline inflation in the first quarter of 2016 and higher core inflation (currently running at 1.4% annualised over the past six months).

We expect the rebound in emerging markets to be lacklustre. Borrowing conditions are tightening in some countries, with liquidity becoming scarcer.

For some countries there are significant headwinds to growth, namely collapsing commodity earnings and commodity-related capital spending, and tightening liquidity conditions for government and corporate borrowing in emerging markets. But the commodity collapse is a boost to many developed economies, especially Japan, raising disposable income.

Another Chinese currency devaluation is likely in 2016. Financial market participants don’t understand Chinese policy, even if the summer devaluation in the yuan can now be explained by the desire to be part of the Special Drawing Right (SDR) basket. But more changes – liberalising markets and capital flows – will happen in 2016, and will likely be misunderstood. The ‘new normal’ China is not the China from 2004-2011.

China is shifting from a hyper-investment economy to a more consumption-led growth path. This supports further de-rating of emerging market stocks and commodities, as the super-cycle works in reverse. As such, the boom in commodities and emerging markets over 2004-2011 was an aberration.

The biggest growth surprise will come if China provides a big boost to spending, but this goes against its reform agenda to rebalance the economy. Conversely, if China increases supply-side reform – cutting output from state-owned enterprises in coal and steel sector, for example – then growth could slow further.

That is not to say there are not some bright spots in the emerging market universe – India and Indonesian growth will bounce back, helped by reform, and the more mature developing economies of Korea and Mexico are showing better growth.

We will hold selective emerging market country exposures in 2016, but we do not expect to raise our emerging market weightings significantly – we believe there are better opportunities in developed markets.

While emerging market weakness and devaluation is in the air, the dollar will maintain its strong run. UK investors with overseas exposure need to understand the hedging benefits currency volatility can bring to a multi-asset portfolio.

We expect, at some point in 2016, the inflation pendulum to swing from deflation to inflation and that will be the time to hedge dollar exposure. The US election is another reason to expect the dollar’s fortunes to turn around during 2016 since, historically, election years have been negative for the dollar. Meanwhile, euro and yen exposure risk needs to be managed through the filters of quantitative easing and possible risk-off mini-episodes. Several geopolitical events could trigger such risk-off episodes; and we should not forget that Greece is likely to come back onto the radar for failing to implement the full terms of its rescue package. 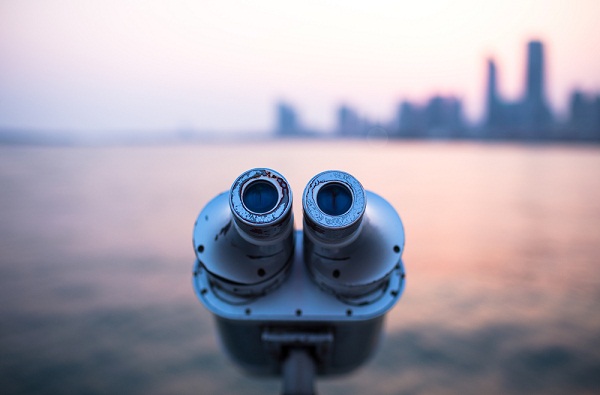