Investment team Q&A: Our reaction to sharp moves in sterling and UK bonds

A significant market response to Chancellor Kwasi Kwarteng’s mini-budget on 23rd September has been felt by investors across the UK, with Nutmeg’s clients not immune to market falls especially in low- to medium-risk portfolios. Here we put your questions to our investment team, which we hope will put some context to the volatility we are seeing. 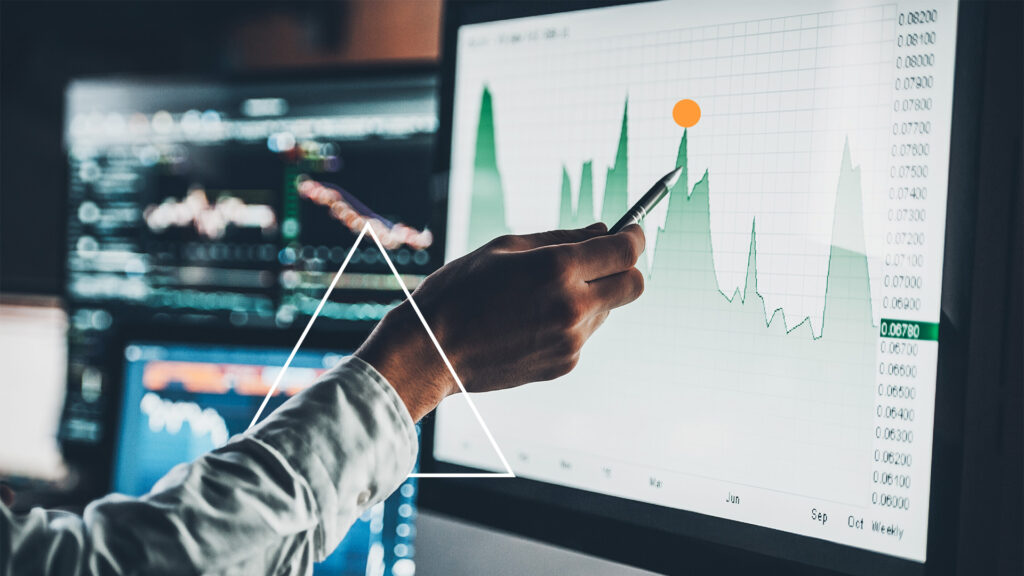 Q: Why is my low-risk portfolio down? Should I not be protected from losses?

“All investing comes with the possibility of losing money, and any fund or portfolio that guarantees returns should not be trusted. As long-term investors, it is natural to go through periods of uncertainty, which is what is happening now especially to UK government bonds and pound sterling versus the dollar.

By design, Nutmeg’s low- and medium-risk portfolios have more exposure through ETFs to assets that are priced in sterling and with limited foreign currency exposure. As you will have seen in the headlines this week, the pound hit an all-time low against the dollar with markets initially placing little faith in the chancellor’s tax-cutting and pro-growth agenda.

Secondly, low- and medium-risk portfolios by design have more exposure – again through ETFs – to government bonds, which in ‘normal’ times are considered something of a safe haven and have much lower volatility than equities. After all, it is still highly unlikely that the UK government would default on its debts.

As an investment team, we have made moves to limit our allocation to government bonds in 2022, however it has not been enough to offset losses in the worst year for the asset class in over 25 years. UK government bond prices have continued to come under pressure, which prompted the Bank of England to step in with an historic bond buying programme.

Our fully managed portfolios have protected investors from the full extent of losses in government bonds by holding around two-thirds of the typical bond exposure through much of the first nine months of this year. For now, we remain underweight bonds within our risk budgeting constraints across all our different risk profiles”.

Q: Following the fallout from the mini-budget, do you have any plans to change your allocation to government bonds?

“We try to avoid making fundamental changes to portfolios when markets are volatile, as it is often hazardous to actively time the market when news flow is so rapid and consequential. We have, of course, been keeping a close eye on the change of tact in fiscal policy in the UK and are incorporating this into our investment views, but some of the subsequent market movements since the budget announcement have been large, and markets have already adjusted to reflect the new risks. There have been huge movements in the pricing on 10-year UK government bonds, but we will not be drawn into over-reacting.

Bond prices are inversely related to their yield, meaning yields are much higher than they were six months ago. Yields can be thought of as expected annual returns when holding the bond to maturity. So, higher yields (and so lower bond prices) do indicate higher returns in the future; certainly, the bond market is starting to be at levels that are attractive compared to history in terms of income potential.

We saw in July that any hint of central banks pausing their interest rate hiking cycle had a very strong impact very quickly on the market, yet expectations for further interest rate rises from major central banks have increased since then. The bond market is now pricing a significant shift in UK interest rates over the coming six months. Meanwhile, despite these higher yields, the market’s mistrust of UK fiscal policy is undermining the value of sterling.

In the immediate term, this hasn’t materially impacted our view of the UK equity market nor the current allocation to the UK within portfolios. Of main relevance is the impact of increased government debt on UK government bond markets, and Nutmeg continues to hold an underweight exposure to this asset class”.

Q: Why is the pound sterling down against the dollar? What are the implications for investors?

“Sterling’s fall over the past week has been significant with a drawdown of -5% to -10%, close to the worst rolling one week return on record.

It actually started before the mini-budget announcement with the Bank of England’s decision on Thursday (22nd) to raise base interest rates to 2.25% from 1.75% – many investors had expected a greater rise. The currency fell further following Friday’s announcement of significant fiscal stimulus.

However, focusing on the weakness of sterling is just one side of the story – arguably the more global narrative has been the strength of the dollar this year, which has performed exceptionally well against all other major currencies. For example, sterling has weakened only modestly versus the euro, which has itself lost significant ground against the dollar. Some other currencies, such as the Japanese yen, have weakened similarly this year as sterling.

In the short term, it is difficult to believe sterling will rise materially higher, unless we see reversals or softening in the recently announced policy. The dollar remains in a favourable dynamic given the relative strength of the US economy and the Federal Reserve’s commitment to fight inflation”. We remain overweight the dollar.”

Q: What can the Bank of England do to aid the situation? Will policy makers continue to raise interest rates?

“The Bank of England stepped in on Wednesday (28th) with an announcement that it will buy long-dated UK government bonds at ‘whatever scale is necessary’ to ‘restore orderly market conditions’. Auctions will take place until 14 October.

We will await to see how this will impact markets, with the International Monetary Fund also releasing its own statement on the same day which was critical of the Treasury’s tax plan.

The Bank of England is now expected to raise interest rates significantly in the last quarter of this year (expectation of 2% increase by December) and the first quarter of 2023 (another potential 0.75% increase), with markets anticipating the Bank’s base interest rate to rise above 5% in the first three months of 2023.

It is worth noting though that those market expectations have proven to be extremely volatile in the past and can change quite dramatically depending on new incoming macro-economic information, market dynamic or central bank interventions that change the outlook for interest rates.

The tax cuts announced alongside a cap to energy prices means inflation is likely to peak at a lower level than previous forecasts but persist above the Bank of England’s 2% target for longer, placing pressure on the Bank to maintain its monetary policy stance.

In summary, it is almost guaranteed that base UK interest rates will increase substantially again in the coming weeks – the Monetary Policy Committee is not expected to meet again until early November but, if necessary, it can convene an earlier emergency meeting.”.

Q: How is all this impacting equity markets?

“Equity markets hate uncertainty, with the FTSE 100 and 250 indices both having understandably fallen this week following the chancellor’s announcement.

The longer-term impact is difficult to assess. For UK equities, a fall in sterling often helps bigger, multi-national or ‘large-cap’ companies which have a greater revenue share in dollars and other foreign currencies, improving their earnings when converted into sterling.

Looking ahead, if the Treasury’s growth plan does translate into higher GDP growth – considering presently that growth is negative – this could give a boost to more domestically focused medium- and smaller-sized listed companies (mid- and small-cap stocks). However, increased borrowing costs through further interest rate rises could have a negative impact on household spending and the housing market.

The UK equity market is certainly not isolated from what’s going on globally, as we’ve seen this year given Russia’s invasion of Ukraine. We also expect the impact of policy and economic growth in the US to be crucial for the future path of UK equities for the remainder of the year”.

Q: Can you define your risk process? And could you have done things differently?

“Our risk management process is anchored around our long-term allocation among each of our stated risk levels, and we then allocate more tactically around these asset allocation targets.

This approach puts strict guidelines and framework on how much the investment team can deviate from those long-term targets among asset classes, regions, and investment styles.

We can’t pretend to always provide an accurate or ‘right’ investment view or thesis on a particular asset class, region, or country. However, if our view is the wrong one, the process means that portfolios won’t deviate by intolerable margins from their long-term mandate.

So, could we have done things differently this year? In our fully managed portfolios, we have maintained an underweight position in bonds – especially in our low-risk portfolios – with a preference for US rather than UK government bonds. This has generated excess return in the magnitude of 1% to 3% compared to our fixed allocation portfolios.

In a context of an extremely difficult period for multi-asset portfolios with a bias towards bonds, this has still meant negative returns. In hindsight, we could have been even more aggressive on underweighting bonds, but that is where our aforementioned risk management process plays out and provides relatively strong guidelines in limiting us from getting too carried away with our convictions.

Investors might feel that we should have been bigger and bolder in our trades, but managing risk is ensuring that if we are wrong footed in our views, then the outcome doesn’t become unmanageable”.

Speak to our experts

We hope you’ve found the views from our investment team helpful in understanding the current situation in the UK economy and markets. As ever, long-term investing is about remaining calm during the volatile times and understanding that, while past performance is no guarantee of future returns, history has shown us that the longer you stay invested, the better your chances of reaching your financial goals.

If you would like to speak to someone about your own investment goals, you can book a free call with our team who are on hand to offer free guidance in planning your financial future. 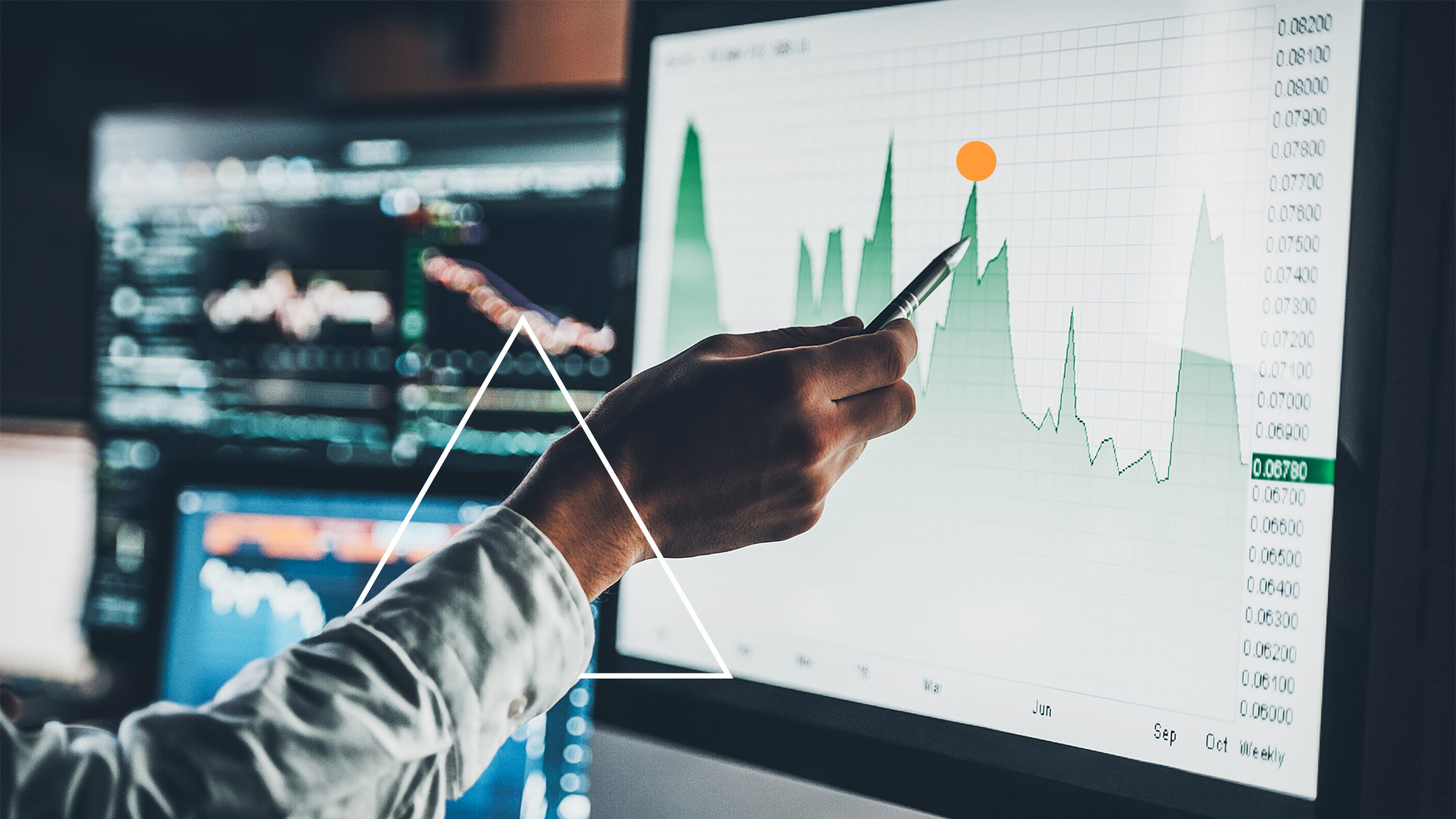