Is the perfect bond market storm ahead?

Conventional investment wisdom has held that government bonds are a “safe haven” for investors, as it’s unlikely that governments will go bankrupt. However, could recent activity in bond markets forecast stormier times ahead for bond-only portfolios? 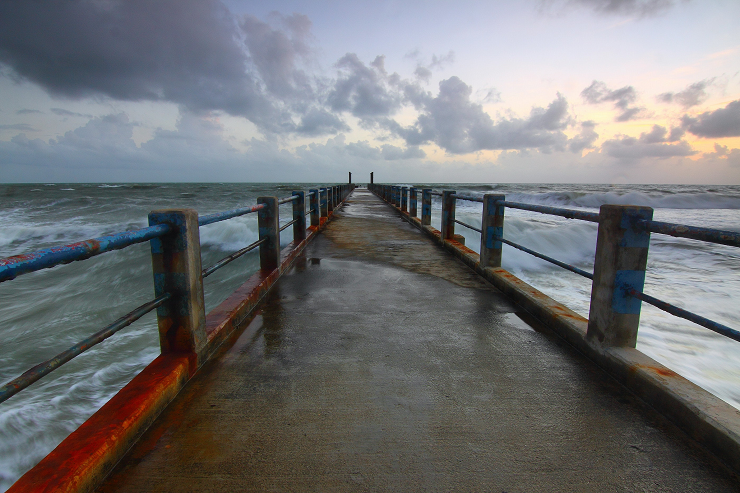 UK Government bond yields have been heading up lately, driven by their US counterpart (see chart below), but while rising yields might seem like a good thing (when it comes to investments, up is always good, surely!) the investment portfolio impact is a decline in the value of government bonds. This is because bond prices are inversely related to their yield. It’s not great news for bond-only portfolios, but there is still good reason to hold bonds in multi-asset portfolios. 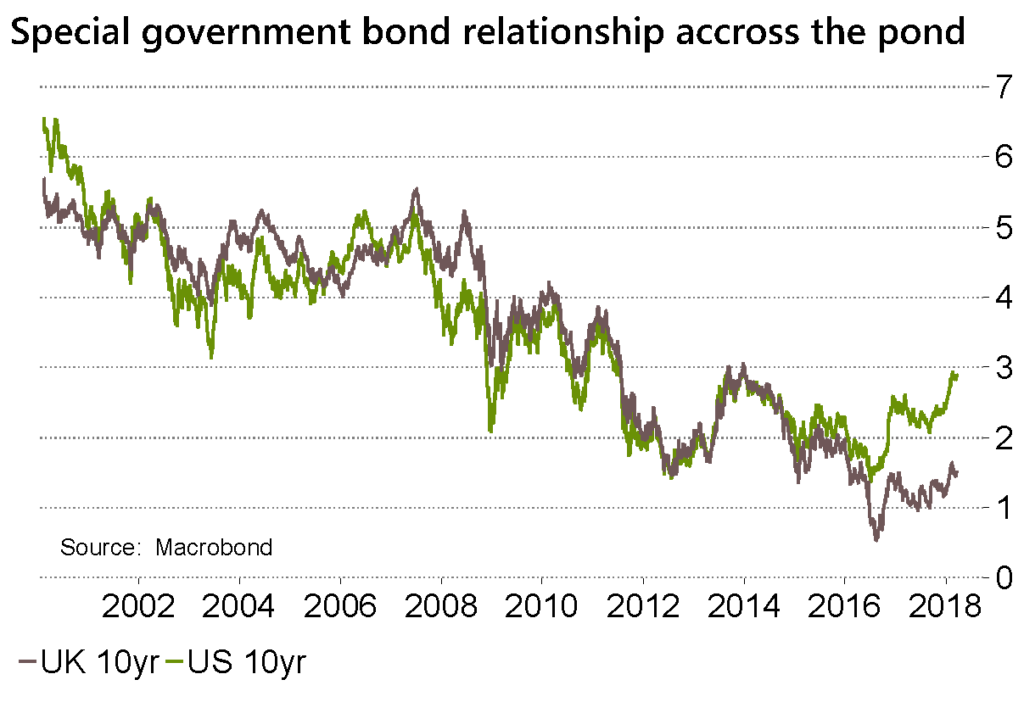 A perfect storm has been brewing in bond markets as several adverse weather fronts collide. The most important weather front is US monetary policy. This week the Federal Reserve (FOMC) raised their target rate by 25 basis points for the sixth time since late 2015. In doing so, the US stays ahead of the game in extricating itself from the emergency monetary policy all central banks implemented after the credit crisis. And for good reason; the US economy is pumping.

The text released by the March FOMC reveal the committee sees short rates going higher in this cycle than they thought in December. But despite that, the committee continues to insist that the rate will not go as high as it might be expected to go in a typical tightening cycle. The committee want the economy to keep humming along, not to come to a stuttering halt. That’s still good news for risky assets.

The second weather front is bond valuations. Although the previous chart shows that yields have already risen, especially in the US, these tables show that there is much more to come. Table 1 shows that over the long-term, government bond yields are, on average, the same as economic growth. With more economic growth forecast, this should be reflected in bond yields.

Table 2 shows that present yields are well short of where they need to be over the medium term. Using average IMF forecasts for the next five years, the current UK yield is only 39% of nominal growth. The US looks better value (68%) and Japan and German bond yields are well below where they need to be. When Japan and Europe exit their emergency easing policy, bond market values will sink as yields leap higher.

But remember what the FOMC has said. They will not raise rates as much this cycle as would be normally expected of them. That means we shouldn’t necessarily expect the ratios of yield-to-growth to get to 100% in the medium term. But the direction is clear. 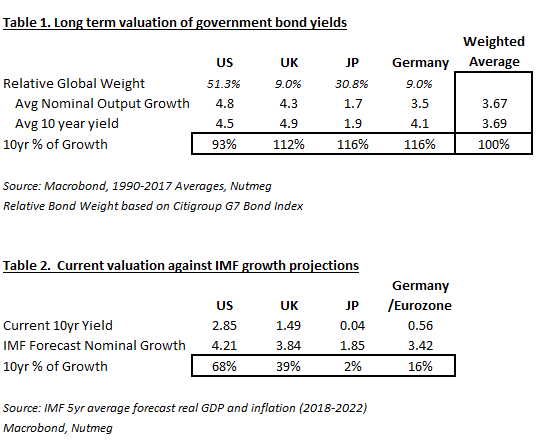 The third weather front is fiscal policy. The US is forecast by the IMF to increase its structural deficit by 0.5% of GDP between 2019-2022, and the UK government has indicated that austerity is ending here also. Greater fiscal spending tends to increase the supply of government bonds and, as a result, their yields.

The final weather front is US corporate behaviour. President Trump has overhauled tax policy and global US companies are acting to repatriate their foreign earnings. These profits had been warehoused in foreign bond markets for tax minimisation purposes. That game is now up, and these bonds will have to be sold to raise the funds for repatriation, reducing the price of foreign bonds (raising their yield).

All in all, not a good weather forecast for global bond markets as policy and valuations continue to normalise. But, it’s not a disaster in the US either, as the US has already adjusted the most. A stormy forecast doesn’t mean bonds should not be used in multi-asset portfolios; their fixed income levels, lower volatility and different correlation with equity assets make them useful in diversified asset allocation. In addition, credit bonds have an element of equity exposure, which we favour, and corporate bonds are a useful diversification asset.

When it comes to investing, there’s no such thing as a safe haven and, once you step beyond cash, there will always be some volatility. Bonds remain a low-risk investment and a useful asset in a diversified portfolio.

What does it mean for Nutmeg’s portfolios?

Nutmeg’s fully managed multi-asset portfolios are tilted towards equity markets away from bonds. And within bonds we favour i) corporates over government bonds; ii) US bonds over UK bonds; iii) shorter term bonds to longer term bonds – which have less price sensitivity to rising yields. Nutmeg analyses economic and market trends on a daily basis and will make adjustments when we deem necessary.

[This article was first published on Your Money on 29th March 2018.]