Portfolio politics: the influence of Brexit and Trump 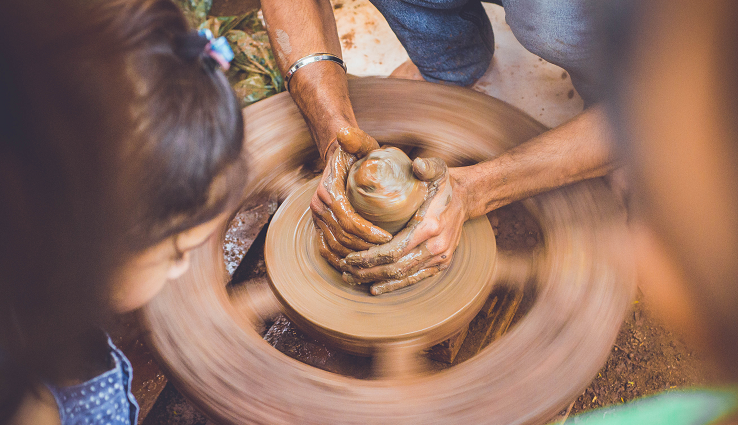 Q) When the UK formally triggers Article 50, could sterling take a long-term dive in value? If so, what opportunities are there?

Although triggering Article 50 kicks off a two-year negotiation process, we don’t believe it introduces new uncertainty into the market. The 23% peak-to-trough depreciation in the sterling/euro exchange rate (GBP/EUR) surrounding the Brexit vote has already put a huge discount on UK assets and we think that’s ample discount for future risk. The government bond market seems to agree, with yields rising since August. Also, the GBP/EUR cross is 5% above its low point in October last year.

So, in short, no, we aren’t expecting to see a major new downside for the UK currency when Article 50 is formally triggered.

In the latest twist to this story, the idea of Scotland being allowed to run a second independence referendum has been floated. No 10 has yet to confirm this. But, if true, Scotland must wait until the UK has left the EU, and then effectively go through the formal process of not only leaving the UK, but also joining the EU. This is a very unlikely prospect, in our view, and should not be a near-and-present-danger for the sterling exchange rate if such an idea is publicly acknowledged by the government.

As for Nutmeg portfolios, we continue to be overweight on FTSE100, which does benefit from currency weakness. This gives the portfolios some insurance if we are wrong in our assumptions. Large companies like those in the FTSE100 will benefit from the nascent recovery in the global economy.

Q) Could you explain how equities will react to a hard Brexit compared to a soft Brexit?

Theresa May’s January speech left no doubt that she intends the UK to fully extract itself from EU governance.

Now we are all awaiting negotiations to determine the nature of the new trading regime, the regulatory regime under which cross-border trade can occur, and what interim measures can be put in place beyond the two-year negotiation period to avoid cliff-edge trading activity between the EU and UK. Equity markets are likely to react to news flow, but given the extreme discount we believe is already in the currency, we don’t expect equities to become unhinged from the global equity cycle.

The UK has always been at the heart of globalisation and trade. It is true that a backlash is occurring in the Northern Hemisphere against the excesses of globalisation, but global trade will continue and life will go on.

Looking long term, once the Brexit dust has settled, economic flexibility will be the key to success. That means that countries with independent currencies and government policy, deep intellectual capital and robust regulatory and property-right regimes can benefit in the next era – ‘Globalisation-2.0’. We believe such countries will always be in demand by global capital seeking a safe-harbour and by companies seeking imbedded intellectual know-how in technology, trade and finance. And we believe that the UK is such a country.

Q) Are you concerned the market has got carried away with Trump’s pro-business agenda, which isn’t likely to deliver the proposed stimulus effect on US fundamentals? Are we set for a crash when people wake up and smell the coffee?

I certainly feel it is true that markets have priced in a more pro-business environment under Trump, and that Trump is having trouble getting key appointments approved, which could frustrate the markets.

But the direction of travel is quite clear on tax cuts, his ‘America First’ trade policy and infrastructure spend. And the Republican majority in Congress and the Senate should in theory allow a lot of this to be done.

However, we can clearly see that Trump’s early days have not exhibited the well-oiled deal-making machine he promised.

So, what do we have? A direction of travel in US monetary, fiscal and trade policy, an end of the deflationary decade that started with the global financial crisis, and a US economy that continues to grow and on which coat-tails much of the world’s economies follow. All these things are generally seen as positive for equities and negative for fixed income assets.

Q) Would Nutmeg’s investment strategy benefit greatly if Trump does spend $500 billion on infrastructure in the US, directly or indirectly?

Whether the infrastructure spend is $500bn or $1 trillion, I feel it’s the method of funding that is significant here. For example, government debt funding would raise bond yields and disrupt economic growth. Other methods such as tax credits would encourage private financing.

$1 trillion is 5.25% of US GDP, and significant over several years. The multiplier effect on the US and global economies could be twice the magnitude of the initial spend – another reason to be invested more in equities than fixed income.

Q) What impact will Trump’s reform on Dodd Frank have on my investments in the short term and longer term?

Taken too far, I think an unwind of Dodd-Frank, the federal law that places regulation of the finance industry in the hands of the government, has the potential for the sort of instability we experienced in 2007/08. So, potentially a large-scale impact on investments.

However, there are two caveats to this. First, the US was not alone in creating the global financial crisis. And so the US alone cannot return the world to balance-sheet stability.

Secondly, the decade of great US trade deficits that led to the crisis is unlikely to be repeated in my view, given that the US has reached near self-sufficiency in energy since then, and that Trump intends to alter the balance of incentives for US consumers and producers to source goods overseas.

Q) On balance, will Trump’s presidency be good for the markets?

Taking all the above factors into consideration, I think that Trump will be a positive shock to markets. I’d add that, if he follows through on allowing US firms to repatriate cash previously held offshore for tax reasons, much of this may end up in share buy-backs – another positive for equity markets, but not necessarily for bond markets.

This article is taken from a live Q&A session that Brad hosted for Nutmeg customers on 21st February 2017, where there was a lot of interest in the global political landscape.You can also read about Brad’s opinions on two other big themes that emerged during the live Q&A – finding continued value in markets and managing investment risk in 2017.

As with all investing, your capital is at risk. A stocks and shares ISA may not be right for everyone and tax rules may change in the future. If you are unsure if an ISA is the right choice for you, please seek independent financial advice. Past performance is not a reliable indicator of future performance.