Recession hysteria… hold on a minute!

The increasing gridlock between the United States and China on trade has buffeted the global industrial production cycle. As a result, economies heavily weighted to industrial production, such as Japan, Germany and South Korea, could well slip into recession. Recently, the recession narrative has extended to the US as the shape of its yield curve has become negative (or inverted). But just hold on a minute! 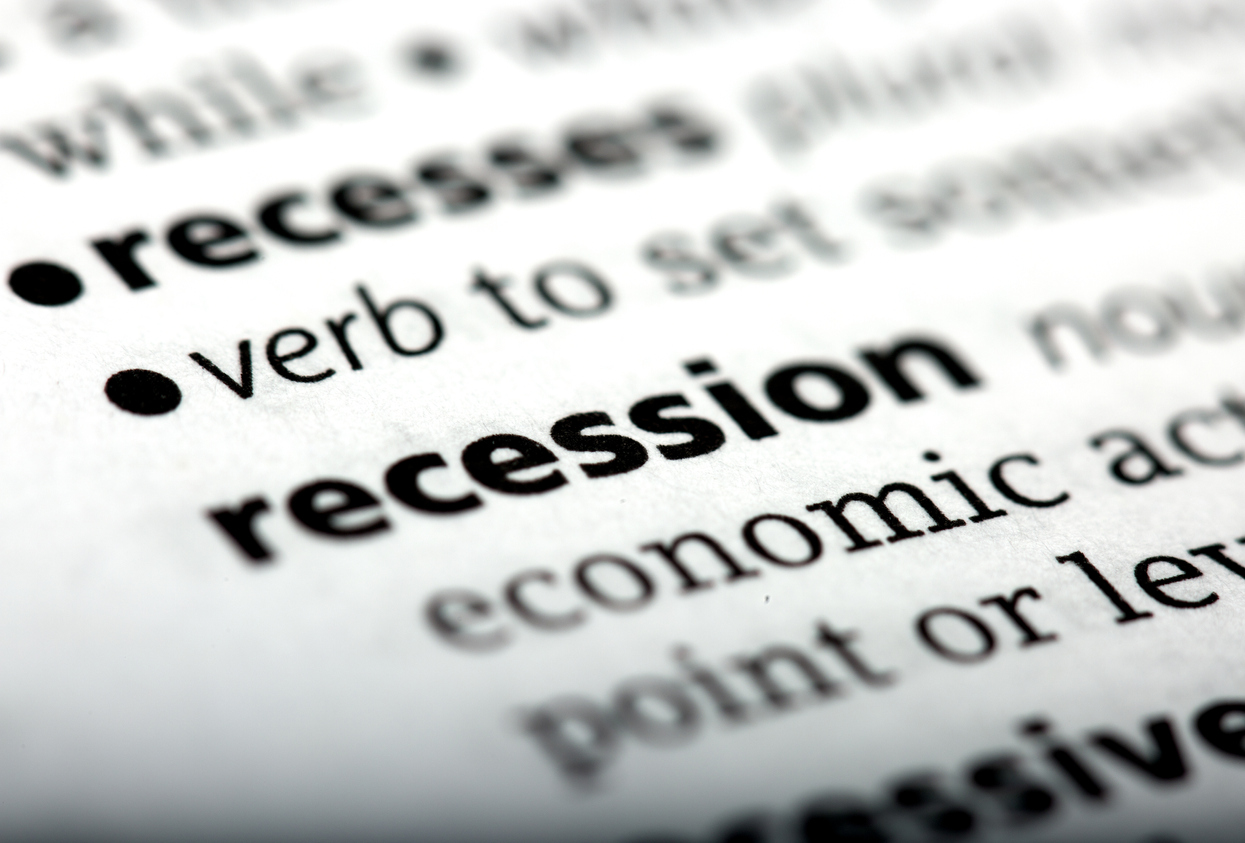 What is a yield curve?

These expectations gravitate around whether an economy is expected to grow or to enter a recession. Many people use the yield curve as a short-cut measure of the likelihood of a recession (at Nutmeg, we don’t like short cuts). 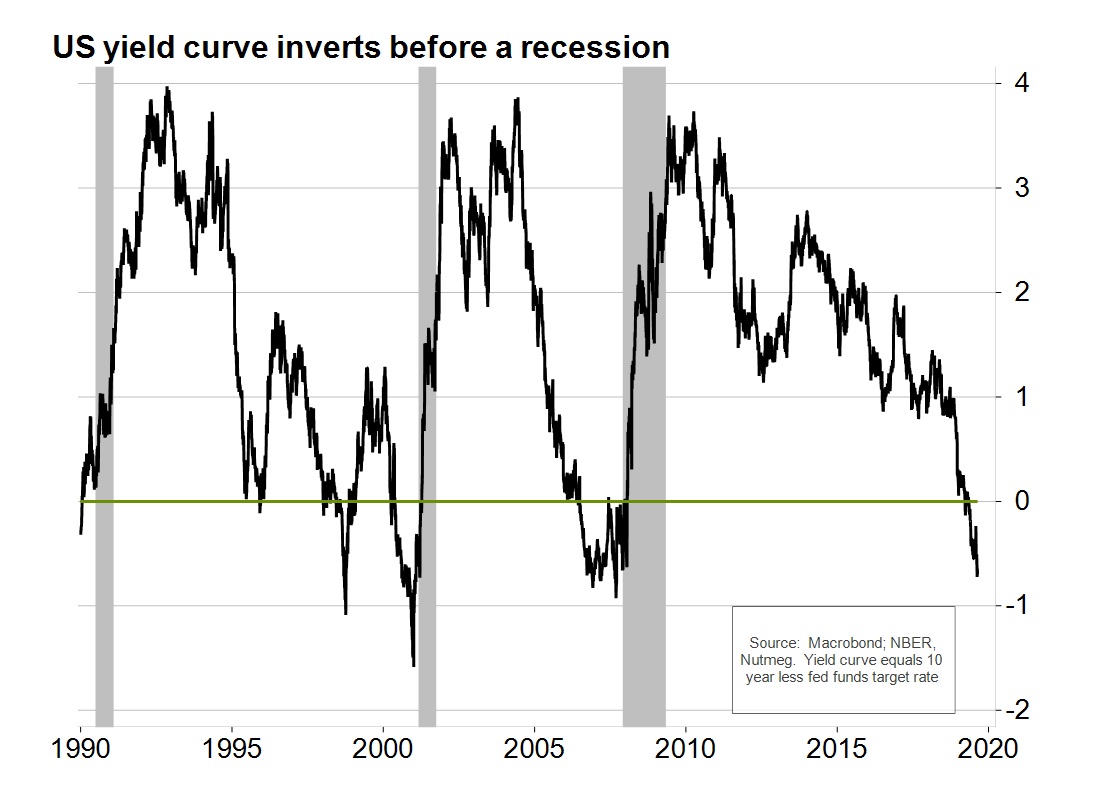 Chart 1 examines the association between yield curve inversion and recessions. The curve in this example is based on the ten-year US government bond rate and the one-day federal funds rate.

The conventional view is that when the yield curve inverts, not only are current short-term interest rates high, but these high rates are a threat to economic growth. Chart 1 shows that inversions since 1990 have, more often than not, been followed by a contraction in the level of economic activity (periods of recession are shaded in grey on the chart)1.

But it is not a failproof rule with no recessions occurring in 1995 or 1998. And even when recessions do occur, the timing is variable.

Short-term interest rates are not high

We need to remember that the curve is only a summary indicator of the stance of monetary policy. A more direct indicator is the level of overnight (short term) interest rates. Chart 2 shows that the federal funds rate has not reached its long-term average, so it is difficult to characterise rates as high or current monetary policy conditions as tight. An equally valid rule of thumb about recessions is that they are only likely to happen when short-term interest rates rise above their long-term average level. On this score, it seems premature to worry. 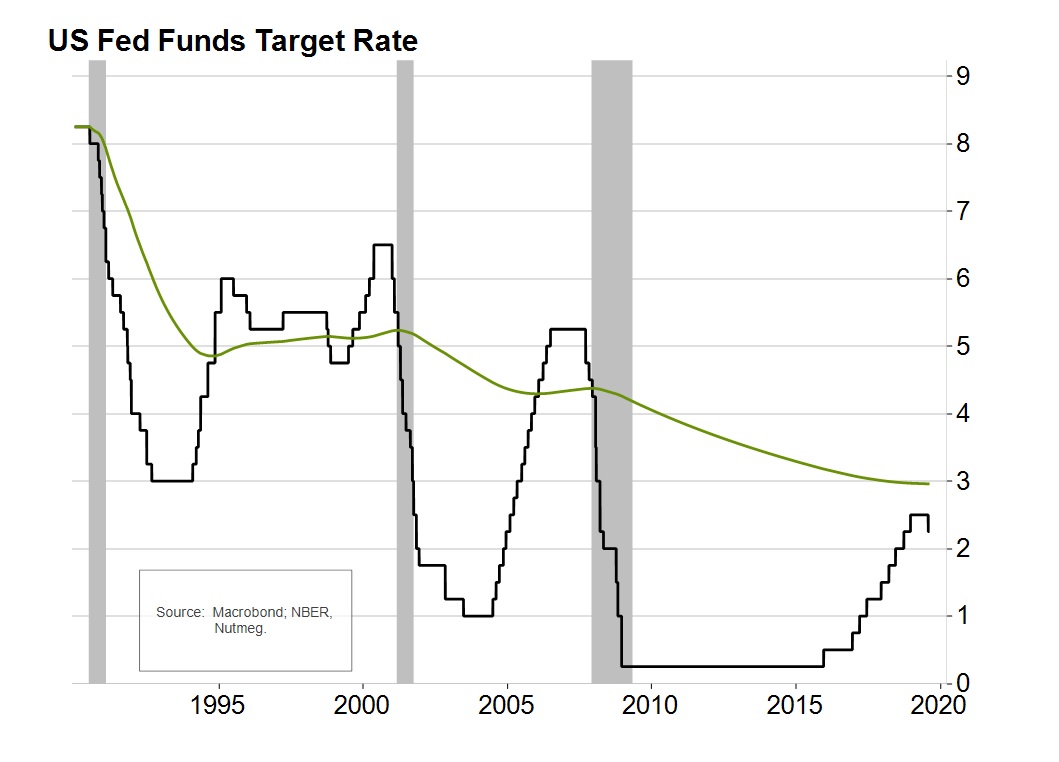 Another way of looking at the tightness of monetary policy is the level of real short-term interest rates. Chart 3 shows that real interest rates are negatively (or inversely) correlated to yield curve shape. The left-hand scale on the chart has been inverted. Real short rates should be high when yield curves are inverted. But they are not high. In fact, they are near zero. 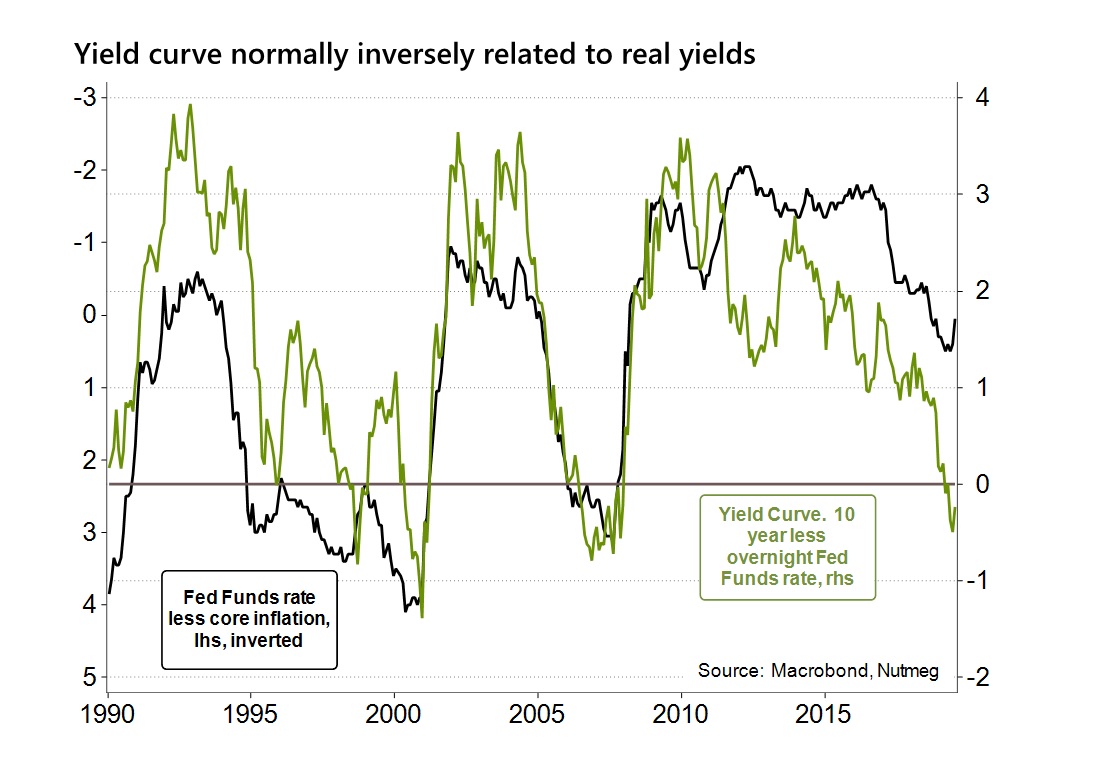 The world is not Japan

This means the current inverse-shaped (negative) yield curve can only reflect tight monetary policy if we are now assuming that zero real rates are the new normal and the new long-term average. You may have seen media reports refer to this phenomenon as the “Japanification” of global economies2. Japan has had near-zero real average short-term interest rates since the mid-1990s. Japan’s average economic growth since then has only been around 1%3.

The IMF forecasts for world growth are pessimistic, but they are not reflecting such low real economic growth. Chart 4 shows real growth in the 2.5% to 3% range over the next five years. To be sure, this is not strong, but it is not indicative of a new lower real-rate regime. 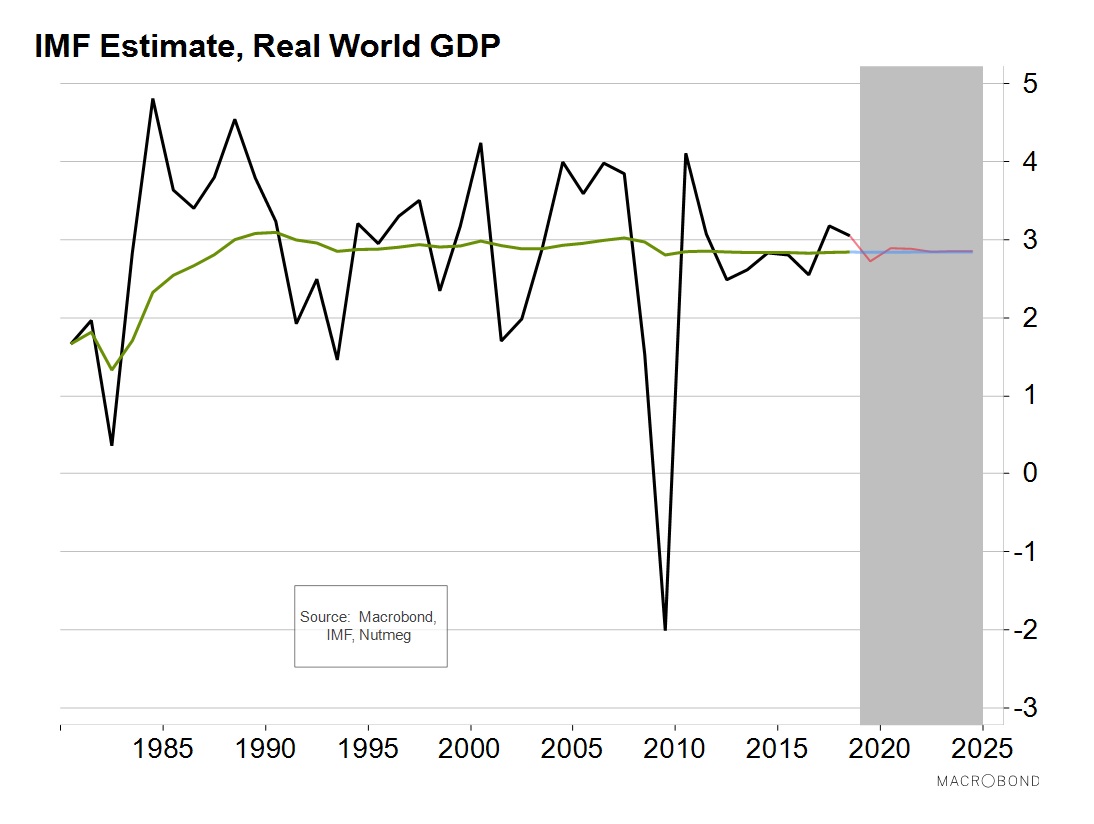 Nutmeg not caught in recession hysteria

“Recession” is a buzzword for the media and for market commentary. The current US yield curve shape has been used to whip up a degree of recession hysteria. Nutmeg is not being caught up in this. We do not believe the US economy is at high risk of recession. We think the yield curve is influenced by these other factors rather than indicating tight monetary policy. However, the changed policy stance of the Federal Reserve over the summer has convinced us that still lower yields are possible in the US and UK. We have positioned our customers’ fully managed portfolios accordingly. We will continue to follow local and global developments and stand ready to adjust portfolio asset allocation as we see fit.