Taming the tiger with a fresh perspective on China

February brings the dawning of the Year of the Tiger; under the Chinese zodiac system those born this year will be natural leaders, assertive, competitive, and prepared to take risks. 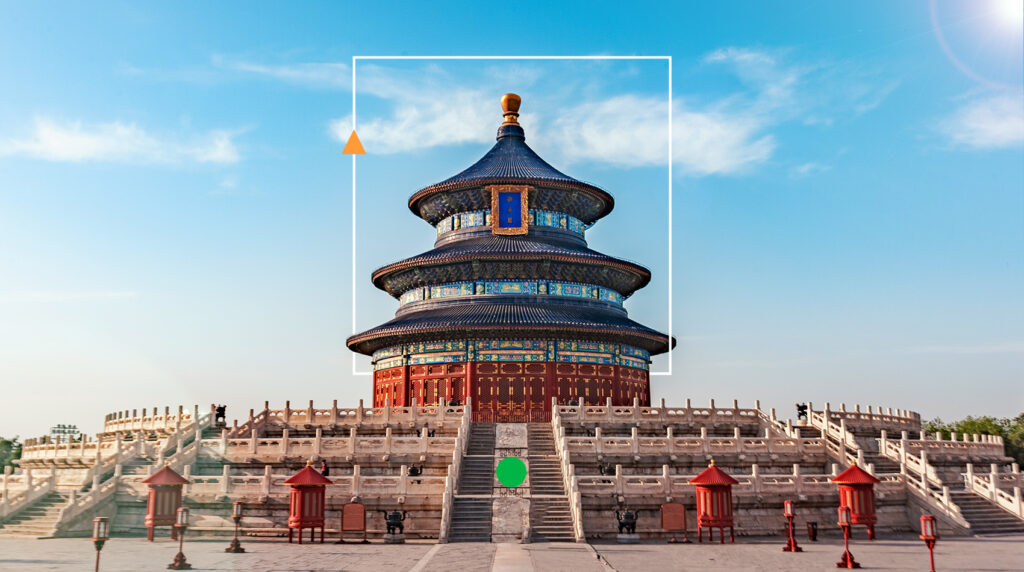 While a degree of brash self-confidence has served the Chinese economy well in its economic journey to behemoth status, its historic posturing has put the nose out of joint of other major economies vying for superiority. A ‘trade war’ with the US, flare ups over the Tibetan border with India, and ongoing tensions over Taiwan have all come to the fore in recent years and have damaged China’s standing among foreign investors.

Once the poster boy for emerging market outperformance; a manufacturing powerhouse with a burgeoning middle-class population ready to consume, it’s fair to say China has since lost some of its lustre as far as outside investors are concerned. Economic growth and equity market performance in particular has slipped off in recent times compared to the double-digit returns investors were used to seeing in the past decade (see Chart 1).

Chart 1: Chinese economy to run at a slower pace 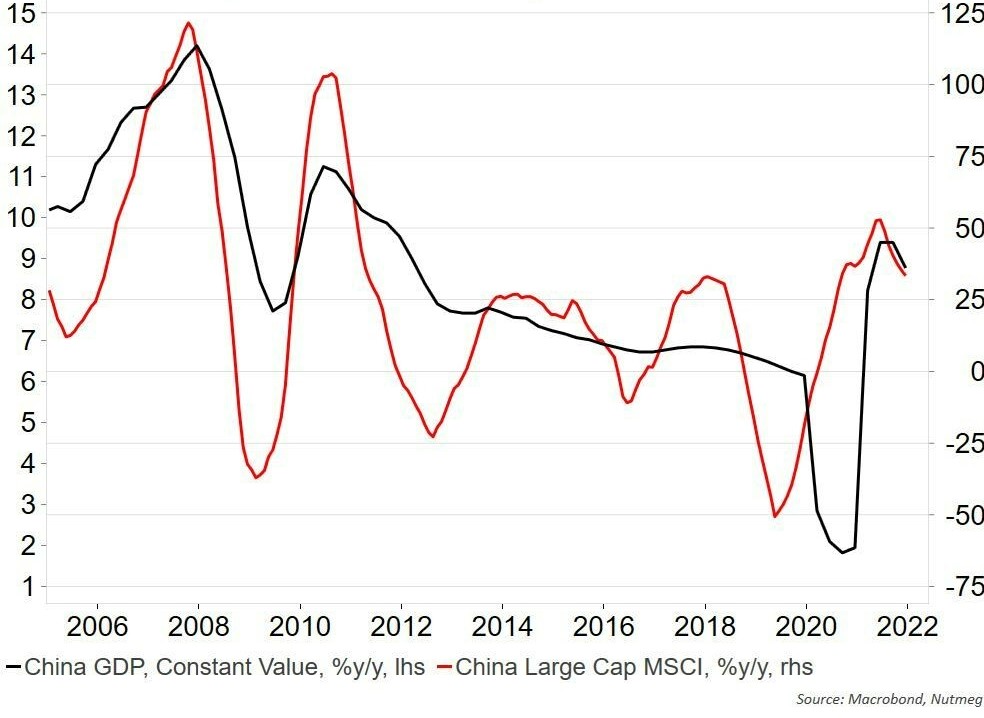 In 2022, the spotlight will be cast on China – Beijing is host to the Winter Olympics, while November sees the meeting of the Communist Party National Congress leading us to question what will be the focus of its next five-year plan.

So, is a fresh perspective also needed when looking at the Chinese economy and its markets, and do we judge it more harshly than other major economies? Is the growth opportunity still clear, or should we be putting our money to work elsewhere? While we at Nutmeg do not separate the country out from our broader emerging market positions, we nonetheless do keep a close eye on it from a macro perspective as one of the world’s preeminent economies.

As the first country to experience Covid-19 lockdowns, China was expected to be the first to come out the other side, leading the global recovery. As a manufacturing hub, it should have been a huge beneficiary of the extreme demand for goods from western markets and a strong recovery in global trade.

However, lack of fiscal support (government spending and tax cuts) and a tightening of credit conditions by policymakers has been counter to the policy stance taken in western economies, such as the US and UK, where economic disaster has been averted through mass stimulus. Chart 2 is an illustration of how US stimulus has dwarfed spending from Chinese policy makers. 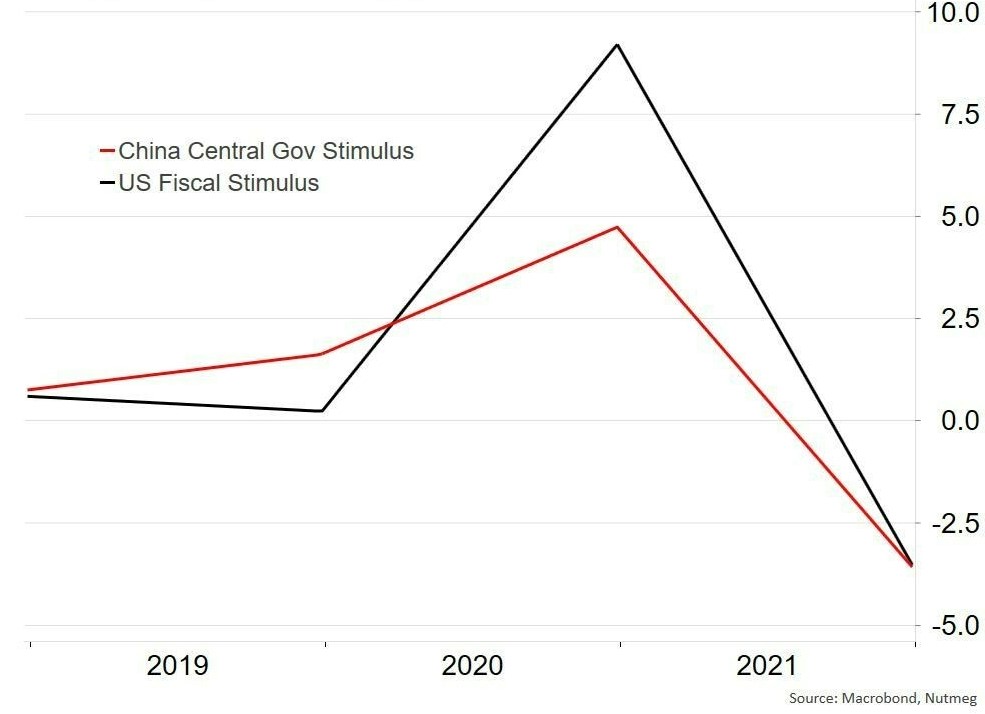 Given its influence, it’s easy to overlook that China is still very much an ‘emerging’ economy when judged by its GDP-per-capita and the under-developed status of its capital markets. It’s clear that China is in a very different place today than it was in the mid-2000s when it was at the front of the queue to benefit from the rapid globalisation and export-driven growth that was a boon to emerging market outperformance.

The years since the global financial crisis of 2007/8, developments in technology and digital businesses have handed the advantage back to developed markets such as the US, home to the likes of Apple, Alphabet, and Amazon.

China has its own mega-cap tech and e-commerce names, of course, but the likes of Alibaba and Tencent have not been free to flourish in the same way. Recent regulatory crackdown with new anti-monopoly legislation and data security policing has wiped billions of dollars from the country’s tech titans. The Chinese Government’s need to control capital markets, through this and other forms of intervention, as well as through ‘state-owned’ enterprises, has long been a concern for outside investors.

Indeed, some question how investable China really is, given the limitations on capital available to western investors. ‘A-shares’ listed on either the Shanghai or Shenzhen stock exchanges have historically been difficult to access in that they are generally only open for trading by mainland Chinese citizens, though some institutional investors may qualify as Qualified Foreign Institutional Investors (QFIIs) or other strict trading programs.

Counter arguments maintain that China investments bring important diversity to developed market equity portfolios and that a longer-term view is essential. As asset allocators building globally diversified portfolios, we will almost always have some exposure, either directly or indirectly, to China given its colossal scale and importance. From an equity perspective, it represents around 32% of the MSCI Emerging Markets Index in US dollar terms.

Meanwhile, credit and export-driven economic success is a thing of the past; the China economic model is turning more insular and the levels of debt in the economy mean credit cannot play its historical role. The travails of China’s property market are a case in point.

When we assess China’s continuing investment case, do we see fair compensation for the risk/reward? There are several reasons for caution.

First, it’s worth noting that the bulk of investors in onshore Chinese equity markets are speculative local retail investors giving scant consideration to the risk/reward of company fundamentals. Secondly, there are possible US sanctions on certain Chinese companies over alleged human rights abuses and high-tech surveillance issues. And finally, from an SRI perspective there remain questions over heavy industry and corporate governance practices and how aligned these are with the ESG goals now coming to dominate developed market investment management.

But China still holds investment promise. From a macroeconomic perspective, we continue to believe that while relations between the US and China remain strained, it is in the best interests of the world’s two largest economies to remain accommodative of each other.

As we wrote last year in our in-depth analysis of a possible decoupling of the two economies, China has a strong self-interest in staying engaged with the West even if it sees the loss of its historical supply chain status. The US meanwhile also has a self-interest in helping China develop its local economy, even at the cost of ceding some political ground to its growing regional influence in Asia.

Furthermore, if the Communist Party is to maintain its legitimacy in the eyes of its people, it will need to deliver on jobs and wealth creation for its vast (if shrinking) population. So, the party has its own tightrope to walk – maintaining control while fostering growth. And this realpolitik continues to underwrite the main attraction of China in a global equities portfolio. As Chart 3 shows, China still has a relatively poor population compared to developed market nations, with much room to grow from a consumption perspective. 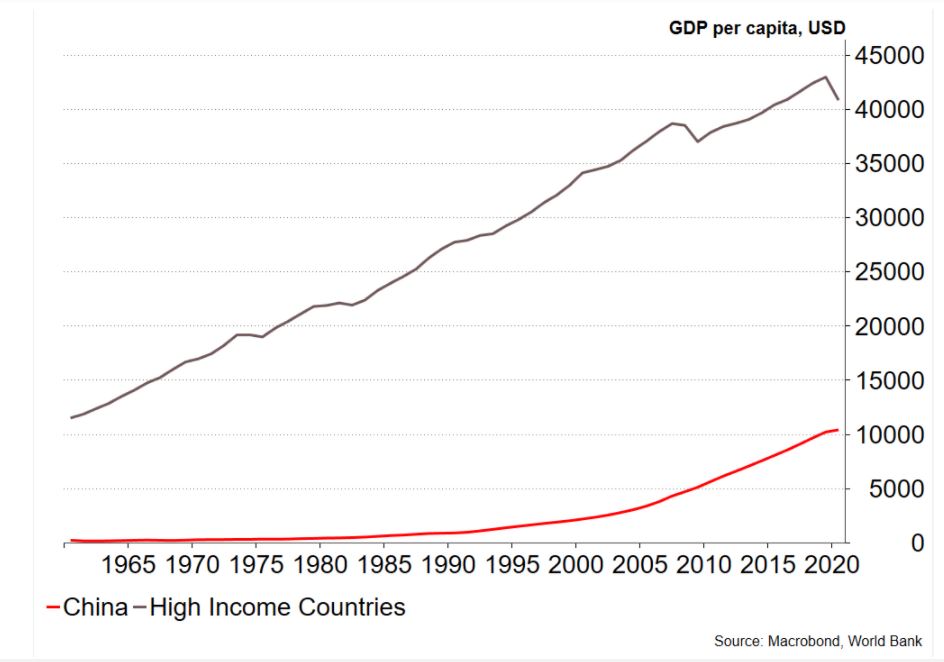 Emerging market indices, of which China remains a huge part, continue to be a vital growth engine in diversified multi-asset portfolios. The spectacle of the Beijing Winter Olympics will no doubt be another reminder that the world is watching China. It also reminds the world of China’s status as a world power open for business. But the real test of just how open China is will come in the autumn. President Xi has already signalled the Communist Party National Congress will be “a major event in the political life of the party and the country”.

However, as it stands in early 2022, a US-led recovery in developed markets, a strong US dollar, tighter global liquidity as central banks reign in their balance sheets, and a still virulent Omicron virus, are all caging the Tiger and other emerging markets for the time being.

You can read more on China and globalisation, as well as five other key themes, in our Investment Outlook for 2022. 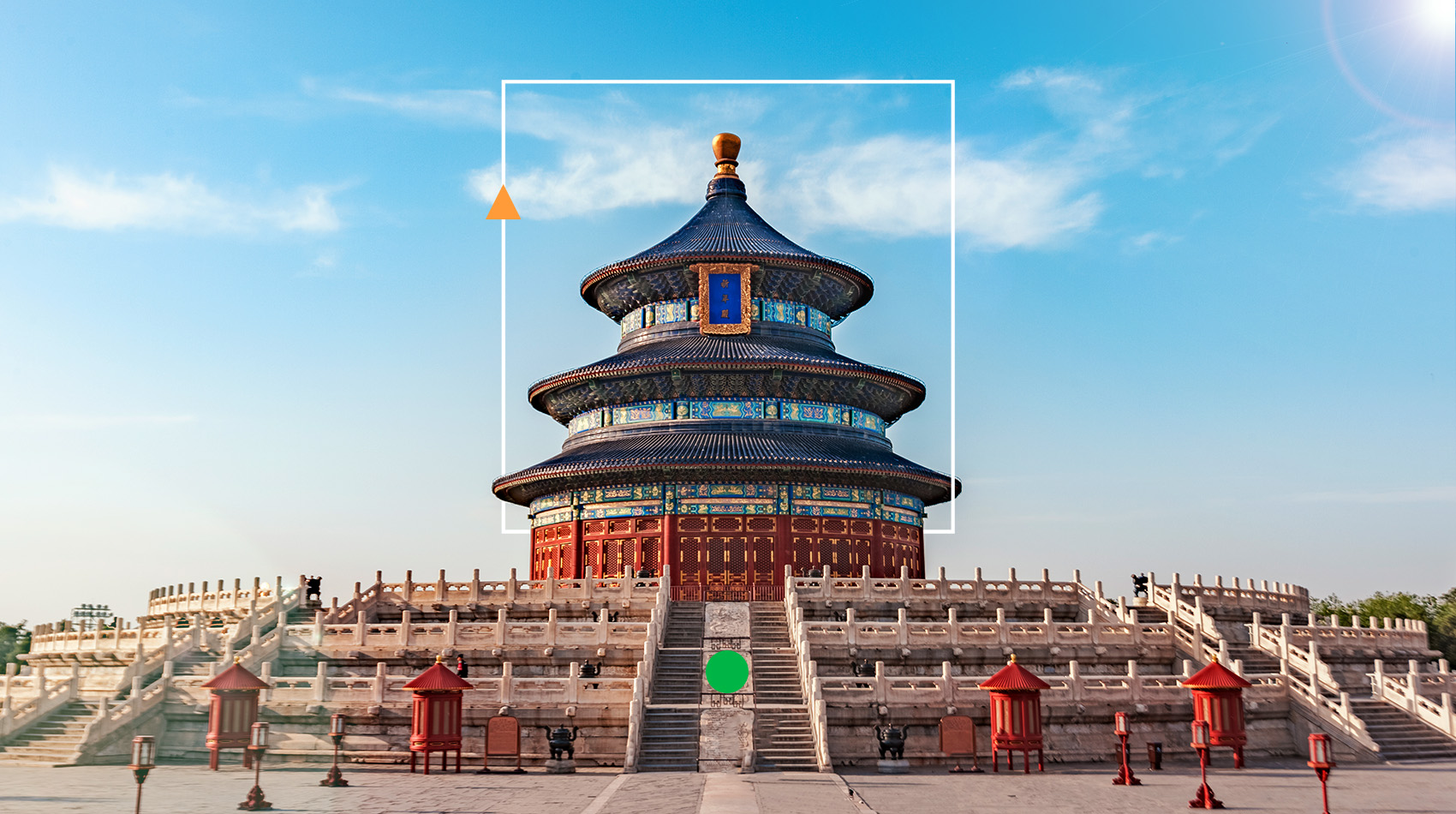