Should we worry about inflation and much higher interest rates?

The US reached full employment and wage growth remains modest, so it was no surprise that the Fed raised the federal funds rate this week. On this side of the Atlantic, UK unemployment hit its lowest rate in 25 years.

Much of the debate about whether equity markets can continue to power ahead centres on where we are in the global economic cycle.

The US growth cycle looks the most long in the tooth — lasting 31 quarters so far compared to the average cycle length of 20 quarters. But the strength of this long recovery has been far less impressive than before, and we still think that we are in a very long, shallow, growth cycle. Economic cycles don’t die of old age — it’s policy changes, like pushing up interest rates, that curtail the cycle.

The current rate of US unemployment, 4.7%, is widely regarded as ‘full-employment’. Meanwhile, the pickup in wages has been very modest by historical standards, growing a mere 2.3% in 2016. Further declines in unemployment — perhaps to as low as 4% or below — will raise fears of a sharp uptick in wages and inflation. Consumer prices were up 2.7% in the year to February, the fastest rate in five years.

It was no surprise that the Fed raised the federal funds rate by another 0.25% this week, in recognition of the tight jobs market and rising inflation pressures. But it also stuck with its projection that rates would rise only another two times this year, and highlighted that it could overshoot its 2% ‘symmetric’ inflation target without the need for a response.

This calmed market fears of a more aggressive Fed, leading to a sharp bounce in global stocks, bonds and commodities and a softer US dollar. Rising US interest rates shouldn’t be a big problem for markets, unless the Fed signals that it’s ‘behind the curve’ and needs to raise rates much faster.

Similar economic trends are evident in the UK. This week the ONS reported that the unemployment rate fell to 4.7% in the three months to January, a rate last seen in 2005 and the lowest since 1975. But, at the same time, wages are growing at less than 2%. 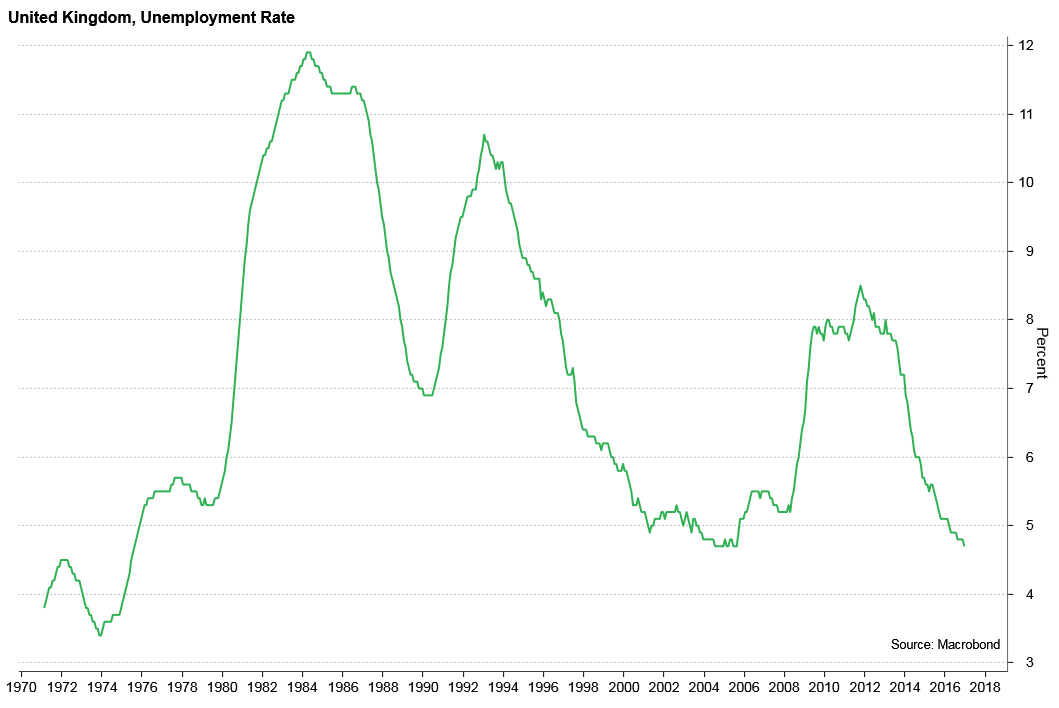 Just like the US, unemployment seems likely to go lower and stay there for longer. That said, a return to a post-WWII record low seems a long way off — that was in 1974 at just 3.4%.

Unlike the US, a rate hike this year seems quite a distant prospect, as worries over Brexit’s impact limit the Bank’s freedom to respond to the recent improvement in economic growth, tight labour markets and its forecast of higher inflation in the future.

In recognition of the prospect of higher inflation globally, we added inflation-linked US bonds (TIPS) to managed portfolios in early March.