Running with the bull: the US equity market’s performance in context

There’s been speculation in the investment world about how long the US equity bull market can last, with some suggesting it’s been the longest rally in the market’s history. But how long has this rally lasted exactly? 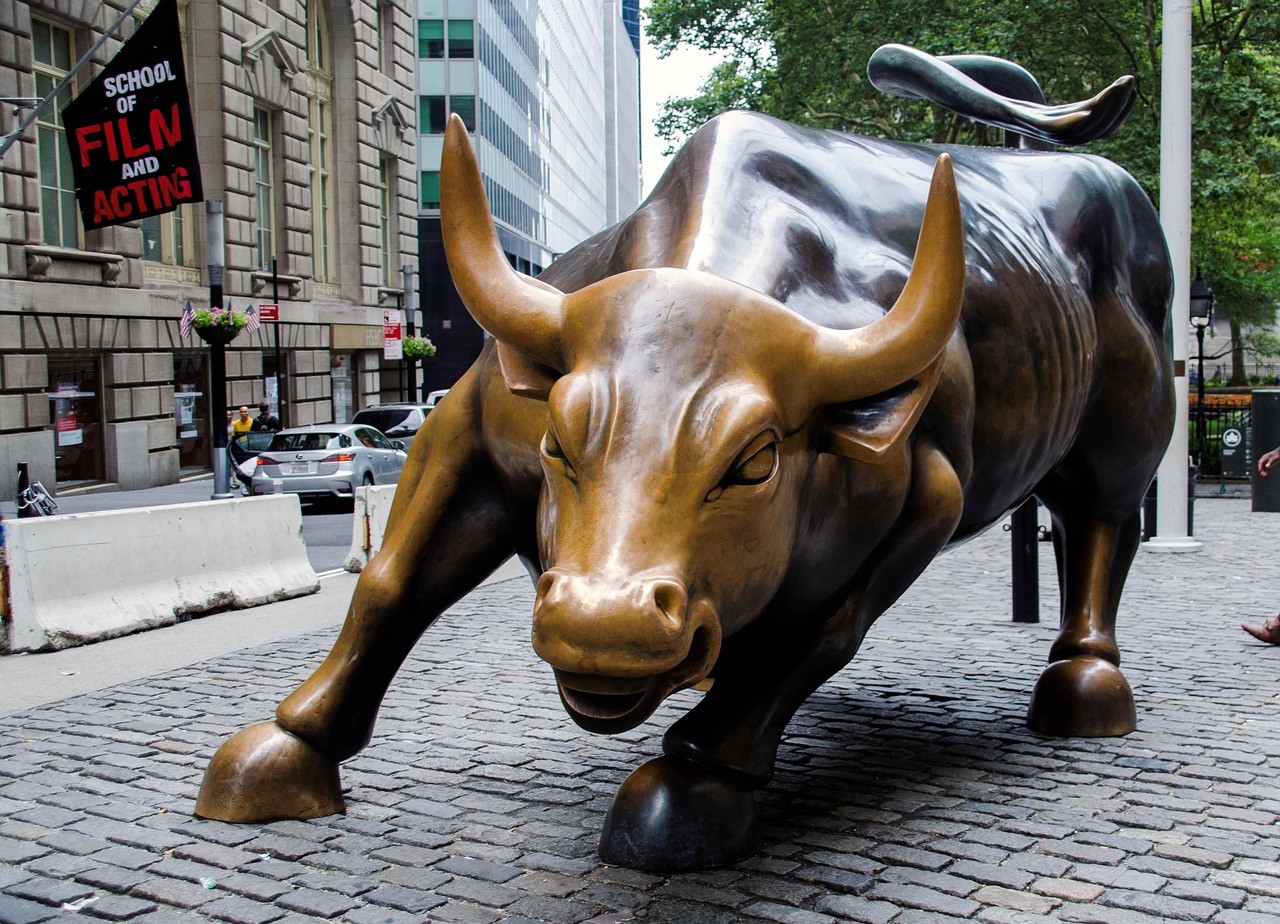 It might surprise you to learn that there aren’t any commonly agreed ways of measuring so-called ‘bull’ markets. Here, we take a look at the different options for interpreting US equity market performance, and explain why we’re not convinced growth in US equities is about to come to an abrupt halt.

This method perhaps appears to be the most obvious of the bunch. Looking back across the whole existence of the market, between troughs and peaks, we can identify the length of each rally. We can then compare the current rally to previous rallies and see if it stands out as the longest.

However, this metric isn’t perfect. For starters, it can only be used with a considerable amount of hindsight. It takes a year or more to truly establish when a bull run has begun. Even with that amount of backward-looking information, a subjective choice is still required about whether a particular cycle stands alone, or whether it is a ‘short-term’ cycle within a prevailing ‘long-term cycle’. John Authers, journalist for the Financial Times, poured scorn on this type of metric the very day his newspaper gave it front-page billing1.

We’re inclined to agree with this view. A more objective assessment of the age of the bull market is warranted. Let’s consider two alternatives.

There is nothing hard and fast about the 20% rule; it’s taken on a life of its own for sheer lack of an alternative. This rule of thumb has it that the market is considered to be a true ‘bear’ market when a ‘drawdown’ (dip in value) reaches the -20% threshold.  Dips short of this threshold are considered to be just ‘consolidation phases’ – dips in the road on the way through a prevailing bull market.  This convention does, however, allow us to objectively measure the time between successive dips of 20% or more.

But of course, a rule of thumb is just that, and there are plenty of question marks over this particular rule. Namely, it’s not clear why an investor should feel much better about an 18% loss compared to a 20% loss. Nor why a loss of 20% should provide any more information about future financial market conditions than an 18% loss. 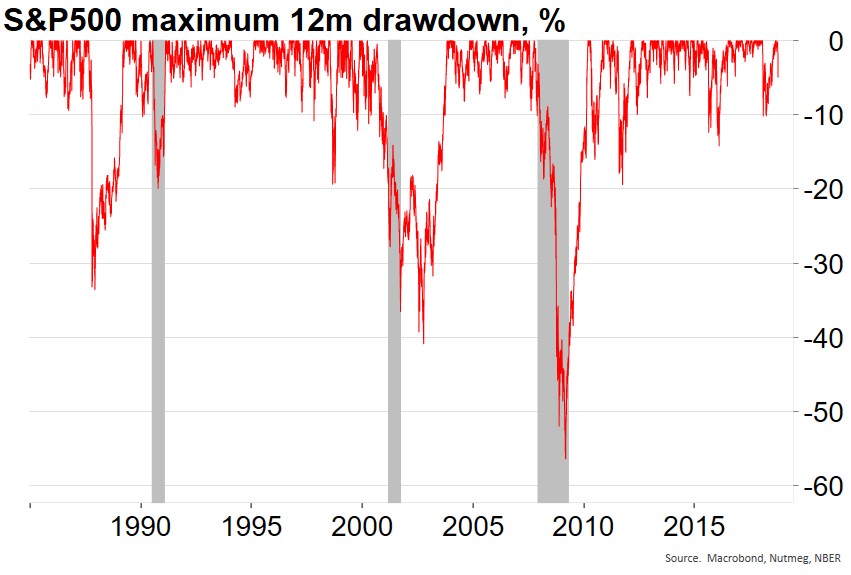 In all, the 20% drawdown rule is quite arbitrary and not very helpful.

Another, and perhaps less arbitrary, rule would be to consider the question:

“Has the market lost value over the last year?”.

A one-year period is a reasonable amount of time for a medium-term investor to be interested in.  It’s also a standard timeframe for all kinds of financial and economic analysis.

So, let’s start by saying that if returns are negative compared to a year ago, we’ll call that an ‘event’ so we can analyse these events across time.

It shows the current rally to be quite unremarkable on this score. It’s lasted less than two years compared to common periods of three years or more. 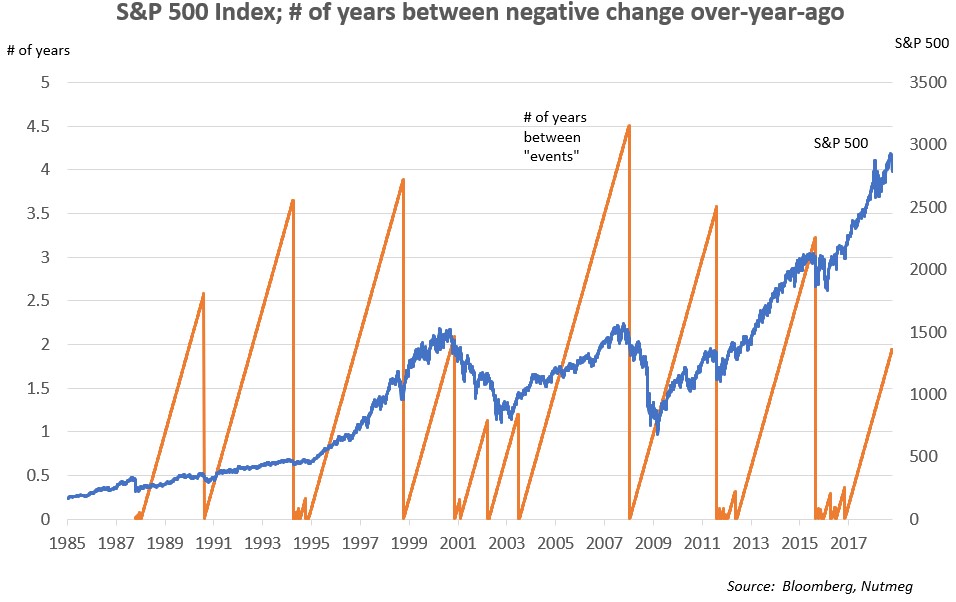 Why the US economy could continue to draw bullish sentiment

So, despite all the fuss being made by some commentators about the longevity of the US equity rally, a more sober assessment suggests it’s not about to expire from sheer exhaustion alone.

There are several factors which mean the rally could reasonably continue. The US economy is performing well, and has been accelerating since mid-2016. The global economic recovery took longer to gather pace but, as it continues, will benefit US companies with global operations, including S&P 500 companies.

US economic policy has not yet tightened to the extent that it would “lean against” continued economic growth, and capital market valuation metrics suggest that the stock market is not expensive relative to government bonds.

At Nutmeg, we will continue to monitor global economies, markets and government policies to determine when we think the global equity market begins to look ‘tired’.

One thing’s for certain – our decision won’t be based on the length of time the rally lasts. We believe that’s the wrong lens to use when assessing the situation.  For now, the fundamental investing metrics and principles we use suggest the equity rally looks healthy and with plenty of energy to run, and we’ll maintain our exposure on that basis.